How to get a single path cut through?

What’s the trick to cutting out a shape on the line without making multiple paths? 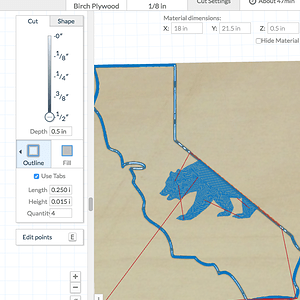 Here’s what I get under cut settings, 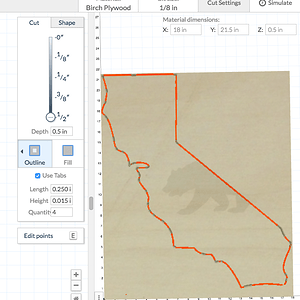 All I want to do is cut through the outside of the California shape on one path instead of two paths. Thanks for any insight!

To me, it looks like Easel is treating the California outline as a shape/rectangle and not as one big shape which is why you see the two lines. You’d want a filled in state shape and then set that to outline cut.

Thanks guys, that really helped me understand how it works.

I filled in the image with a solid color and then uploaded it to the image trace. This time it traces/outlines it perfectly.