I cut my first record today, am I a star?

I had this idea even before I got my machine, I wanted to cut musical notes out of old albums. I headed over to goodwill and picked five albums for $5 and gave it a shot. 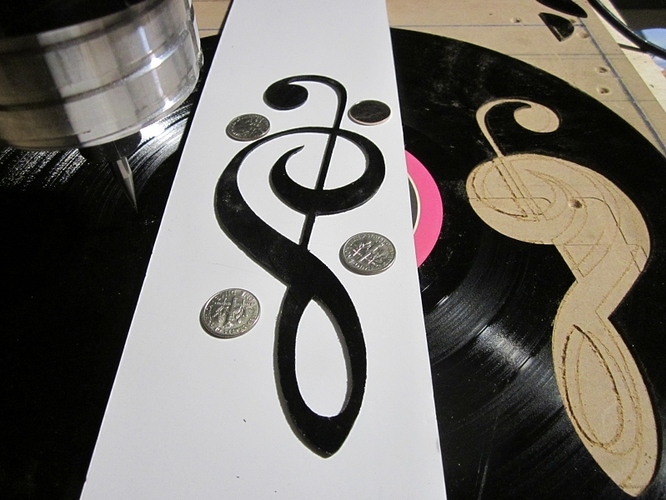 What music did you destroy to make this?

An album called “Something Special” a mixed collection from Al Delory, The Lettermen, Bobbie Gentry and others LOL

wow that one sells for 198 in the original sleeve.

what cutter are you using? 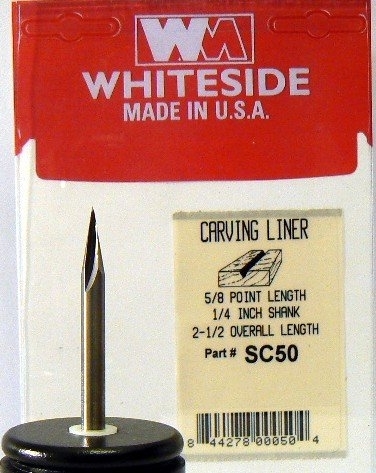 I like that idea. What are you going to do with the cutouts?

Not really sure, something artsy for sure. I also cut out a few guitar picks as well

I read a story once about a guy making a good profit from making clocks from old records, they are similar to these on etsy:

When Mark responded with the mention of a clock, I thought, wow an old record carved out would make a great looking clock. I started thinking of which fonts I have that would carve out cleanly, without looking too much like stencil type. I started thinking of how to easy tack the back down so I could carve without chip out… Then I went to the link he posted on that etsy store. …and ordered two from that guy, because for 33 bucks each, it just made sense. On to the next project. Thanks Mark!

Well I hate to break it to you but there is already a guy in Blowing Rock NC that is doing the clock thing. I know because i bought one. We were there last fall on vacation and i saw one and had to have it.

@GlennMDutcher Hi,
This past weekend I attempted similar with a vinyl record. I followed your lead and used the exact same bit and these settings but got undesirable results. (Pics at the end)

You state “I melted/blew up the first two until I got a good cut”. Are those the settings you started with or are they the “good cut” settings? Like I said, I did the exact same but, in my case:

Any thoughts on those? Also, do you happen to have a video showing a run of yours so I can compare that to what I was experiencing? 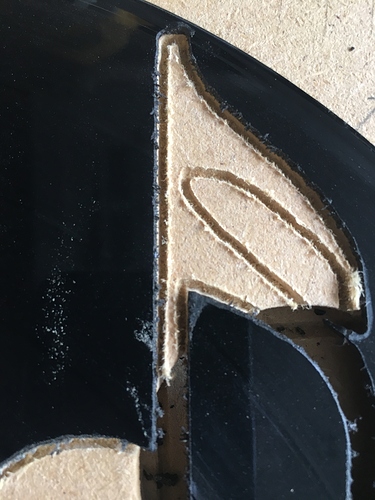 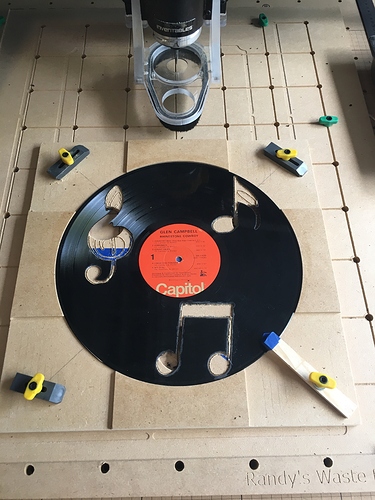 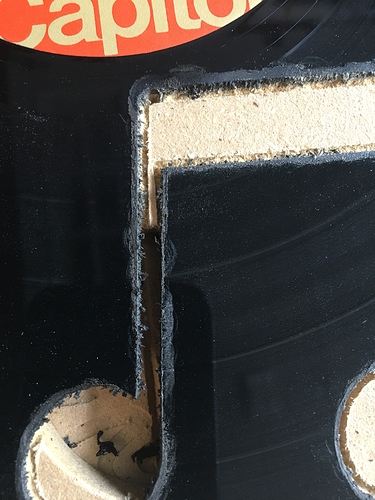 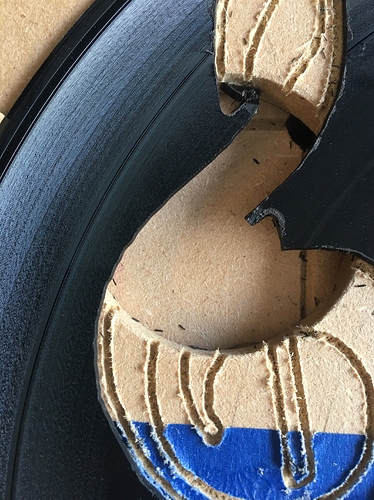 If cutting plastic/vinyl/acryllic and material melt, dial back the rpm and try to keep speed on the high side. 200ipm may be a little on the high side but YMMV.
In this case I think the main culprit being rpm way to high.

I’ll have to try it again and see what happens.

well I am confused on why you are using a v-bit to do a through cut on that record?

I mean the record is plastic right? so why not use a single flute o-flute tool and it should cut like butter?

why use the v-bit to cut this out?

It was the smallest the I had on hand and it worked fine for what I wanted to do, no other reason

yeah I think thats way that other guy was having issues

I imagine though a single flute tool like that would create an amazing cut on the record I might try it you say that you got the records from like a second hand store?

I wonder where I can get some

Speed setting 1 have all the rpm you need