Forgive me if I missed this in my searching… has anyone ever tried upgrading the Y-rail stiffness by modifying them to look more like the X-rail? Specifically, I am thinking of buying two more X-carriage extrusions and hardware, plus two more slide rails for the Y-axes. The Y-axis rails would then be doubled up in the same configuration as the X-rail. I would have to make some custom adapter plates, but can do that on my current set up.

Here is a photo of how I stiffened my Y-Rails. 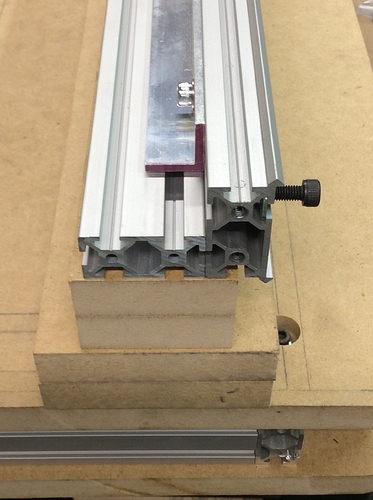 The end caps have been removed for clarity in this photo. But for my machine I will only benefit from the plates top most hole used for belt tensioning. I will probably remove the front ones permanently and make my adjustments from the back of the machine. I just have to make sure that the Tnut is locked down tight on the belt holder at the front of the Y rails.

The table is a torsion box style table. The rails are lifted from the table by MDF spacers that span the entire length of the Y rails.

My Y rails are Rock solid. No flex or sag anywhere.

That looks awesome. I have been getting some chatter in the Y direction whereas my X is rock solid. I just started with this machine so I’m worried it’ll only get worse as I get more aggressive with the machine.

Huh… that just might work! Particularly if you attached the rails solidly together before you slid the extrusions on. If you do this, I’d like to see it!

Finally got around to modeling something up…

Nice thing is that there is very little custom hardware - to make the Y-carriages, I would just put some holes in the carriage so I can bolt them directly to the ends of the X-rails.

This particular configuration does lower the Z-axis, so I would need to come up with a base frame with a different offset, but I think it can be easily done with some extrusions. 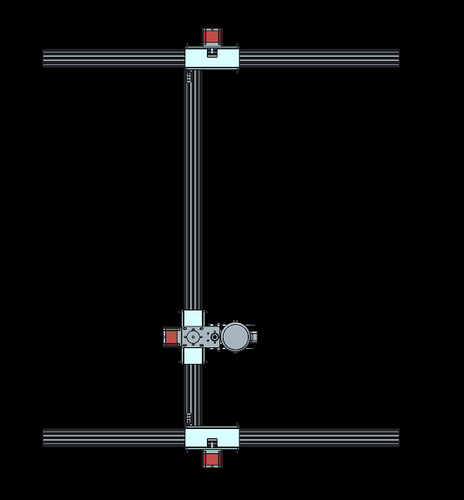 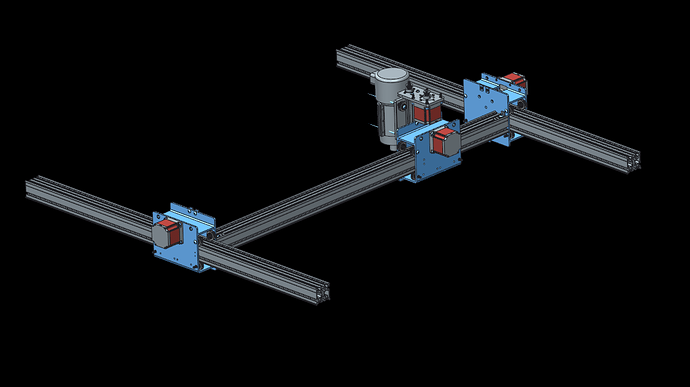 Aligning that, and keeping it aligned, might prove to be difficult.

Hey John - Thanks for the feedback. I’m curious though, why do you say alignment would be any trickier than having to adjust the X-axis carriage, other than having to do it three times instead of one?

Keep in mind that my intent is to add a base structure to the ends of the Y-rails, but didn’t show it in this model.