I bought this Airborne image off of Etsy, in svg format. No matter what depth of cut and/or bit I enter, the image preview comes out incorrect. Any suggestions folks? 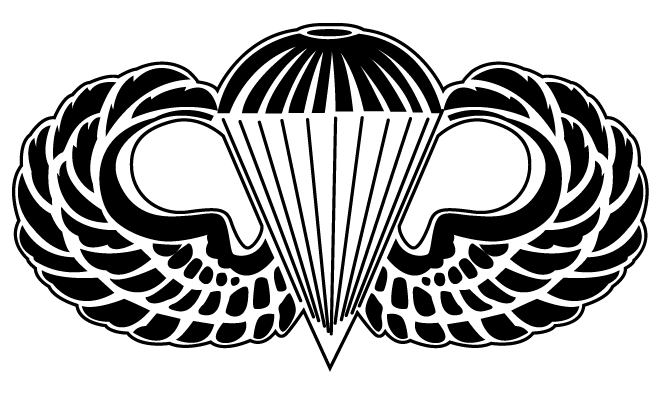 What bit are you using?

@DaveManning I took your image and screen shot it and brought the image into inkscape and did a trace bitmap. I also had to go into the edit node section and clean up some of the image. I opened Easel and set it up with a 60 degree bit. It looks like it will carve fine. Check it out. 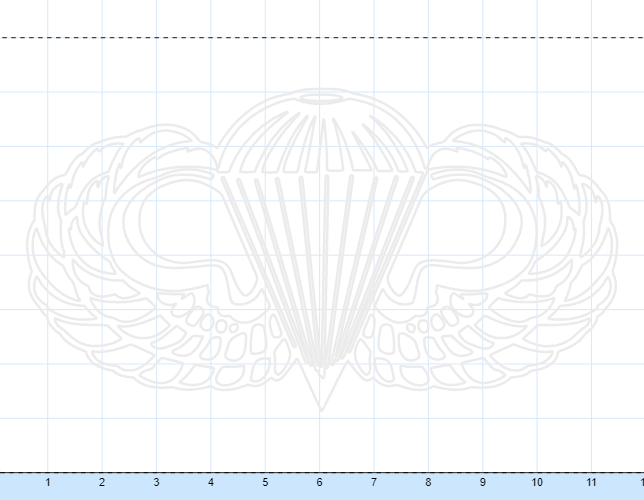 I went back into the image in Easel and changed it to a two stage carve. I’m not sure what size you need but this part is easy to change. Please let me know how it works for you.

I tried changing settings for all small and v-bit applications, and two cut carves to no avail. Phillip, what did you have to do specifically to the original mage? I got it in svg and it looked pretty clean. Thanks as always for your guidance.

@DaveManning. I took a screen shot of the image that you posted. 2. I opened Inkscape. 3. Completed bit tracemap. 4. Saved image as a svg file. 5. Opened Easel and imported the svg file into easel. 6. Set depth of cuts and bits and ran simulation. 7. Posted it on the Inventables project page ready for you to carve.

Have fun and I hope this works for you.

Here ya go Neil. Thanks

@DaveManning. Did you see the file above? It is ready to carve

Did a quick image trace and this is what I came up with. Awesome. I did the same and posted it as a ready to carve project. I used Inkscape and then brought it into easel. Works fine. I’m not sure he is in a position to ready this thread now. Most likely at work. He should be ready to carve now.

I have Inkscape also, but I never used it.
Maybe today I’ll play with it a bit.

@JanVanderlinden Take a look at this. It took only about 2 minutes using Inkscape. I think it will carve very well. This is using his image just as you did. Give Inkscape a try, I think you will like it.

Here is a screenshot 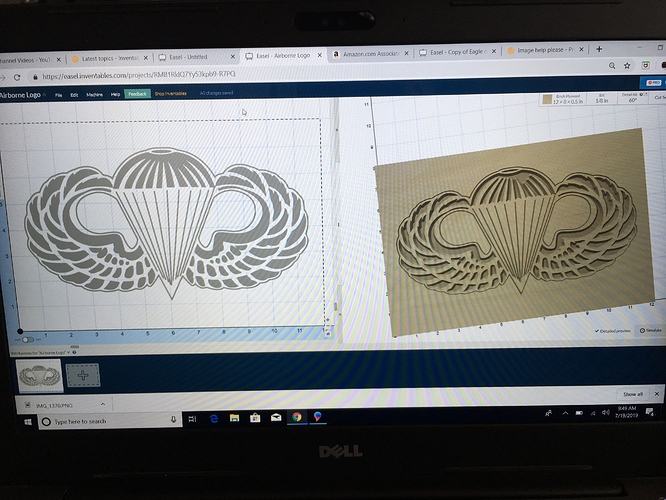 @DaveManning Finally got a chance to look at that SVG. Basically, it was pretty messy with duplicate paths.
In Inkscape, I:

Here’s the cleaned SVG. It might be hard to see here as it’s only paths…no fill.

No problem, definitely something you’ll want to learn. Doing it the way @PhillipLunsford did is much easier than buying a messy SVG from Etsy and trying to fix it.

@NeilFerreri1 You did an awesome job. I used the same image as you did, I just used a simple method to get it ready to carve. You actually went into the image and truly fixed it.

@PhillipLunsford The original image he shared was a png, which is what I’m assuming you traced. I asked him for the SVG to see if I could figure out why he was getting that mess. To be honest, I think @DaveManning should ask for a refund as that SVG was pretty messy. I’m sure the people that sell non-original SVGs just use an automated convert to SVG tool. The duplicate line ones are the worst because you can’t always tell by looking at them. I teach a little bit of Inkscape to middle school students, so I’ve seen all sorts of bizarre stuff.

@NeilFerreri1 Can you send me the svg file to me? Did you share it on the project page in Inventables? I would like to compare the two methods and look at the end result. I think that it is awesome that you are a teacher. Congratulations! My wife is a retired teacher and two of my daughter-in-laws are teachers and so is one of my sons. I taught aviation in a college setting as well as teaching pre-licensing classes for real estate for years. I now am retired and what do you know, I am teaching again on YouTube. Just can’t stop