Import from Fusion360 to Easel

I have imported a G code file from fusion360 into Easel using the Easel Post Processor file for Easel. So far so good, but on import the image for cutting is outside the workspace in Easel? Have tried to relocate image in Easel but result is the same, why?

Have tried to relocate image in Easel but result is the same, why?

You set the gcode in Fusion. Nothing you do in Easel will change what the imported gcode says.
The preview in Easel only shows the extent of the gcode, it will not show your stock. This confuses many people.

Brian, could you snap a screenshot of your Fusion360/Manufacture/Setup/Stock Point?

Check out my example below, the stock point can be any of the small “white balls”, and need to correspond with the work zero (Home position) set in Easel: 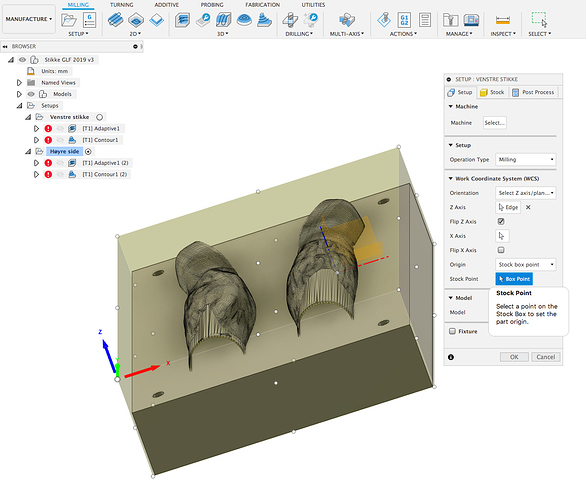