) and something happened strange was going on with it.

This is a screenshot of my Fusion 360 tool paths; notice they are directly against the stock. 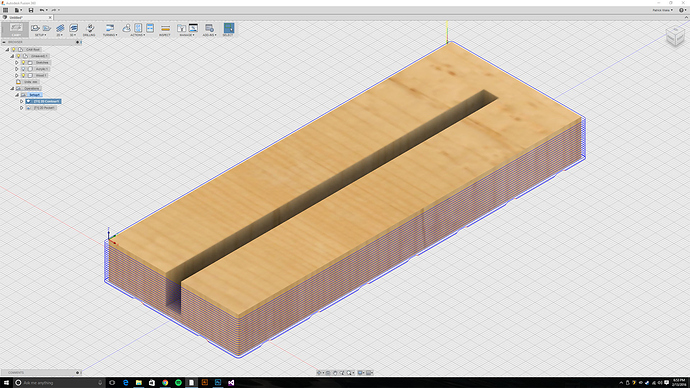 When importing to Easel, this is what I get: 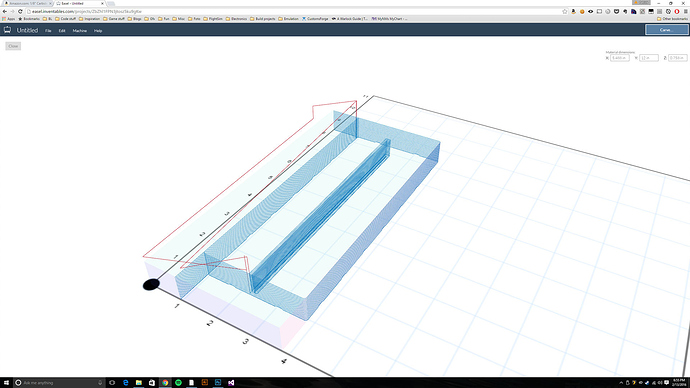 What did I do wrong? Is it something I’m missing in Fusion 360?

I noticed mine did the same thing. I made a 3x3 square and it pushed up and over about 1.5" in the X and Y direction. When I cut it everything measured fine, just the origin was wrong. Hopefully you get some suggestions, because I am looking for some as well.

Hey guys i am pretty sure its the Fusion post processor settings. 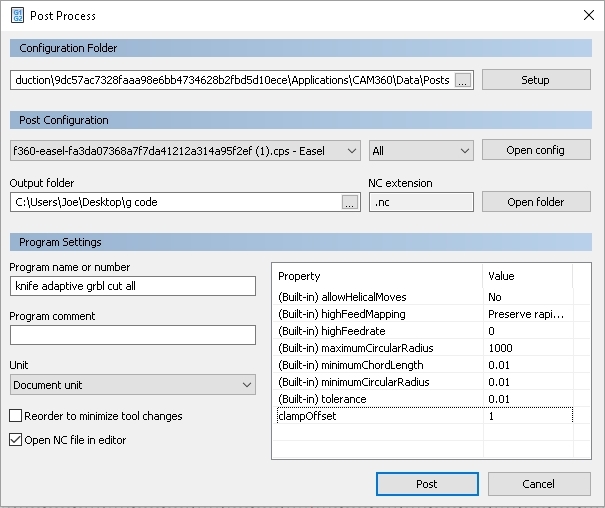 Here is a link to my previous post with some screen caps.

Hey fellow x carvers, I am having a small issue with tool paths generated in fusion 360. I generated a path using the easel post processor. but when I load it in easel work piece zero is offset by .932 in in the x and y. Using the same setup and post processing with the gbrl cps this offset is gone. I used the visualizer in UGS to confirm. I am not savvy enough in gcode to interpret what is causing it. Using the easel post processor and easel to send the code i did a test cut in foam and was …

Hope this solves it for you.
Regards
Joe

Hmm, that definitely makes sense, and I will change this, but at the same time it doesn’t add up, or it’s another bug.

If that space is supposed to be for clamps, it doesn’t make sense that it made two new “lines” to cut right there, on the left and below my piece. That would essentially cut right through the clamps you are offsetting it for.

So I’ve been having this problem since I got the post configuration for Easel. I have a perfectly working file on Fusion 360 for my part. But once I export the files, something messes up spectacularly. Easel no longer recognizes any material on the machine at all and sets the origin below the material meaning that the part I’m trying to make never actually comes out. I’ve been able to work around the problem for a while now but each time I cut something out it takes 3+ hours to wrestle with the programs and model to cut out one single component and I’m sick of it. 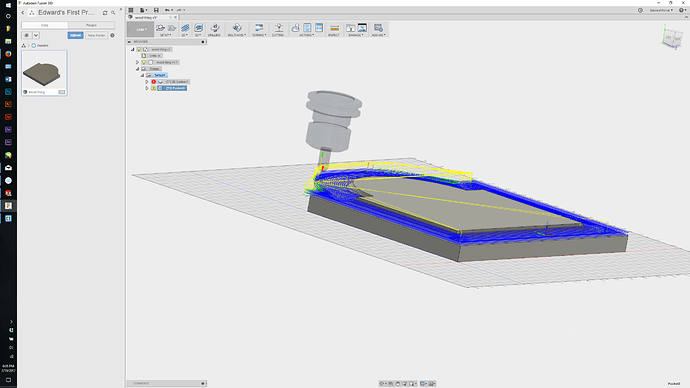 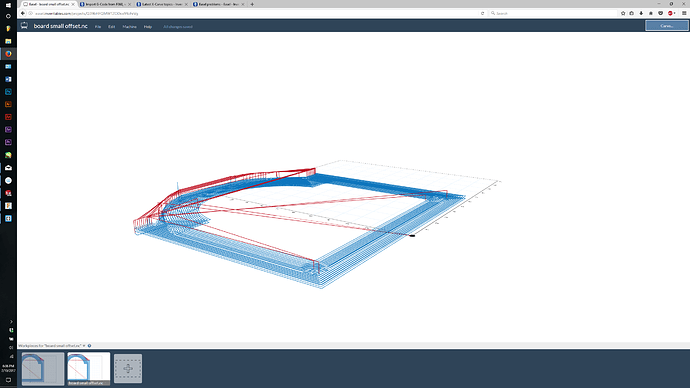 Could it be the “setup” portion of Fusion and getting your origin in the right place? There’s also a box in the lower right of the post process that can goof up the locations as well.

Check the stock point given under the main/header Setup folder.
(Not Setup folder for the tool paths)

Thank you! This was the issue. the stock origin was smack in the middle of the object.