@RonStanford When you do your setup in Fusion 360 in choose the stock box point appropriately. 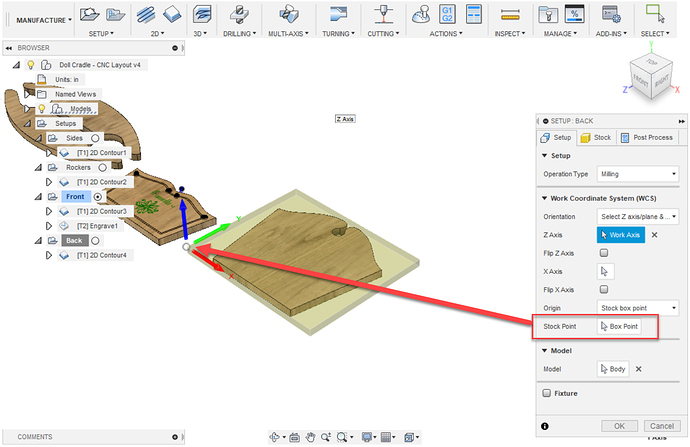 Yes that is exactly where i set it. Lower left but upper point.

@RonStanford Can you post a screenshot of your setup with the model shown in the background? 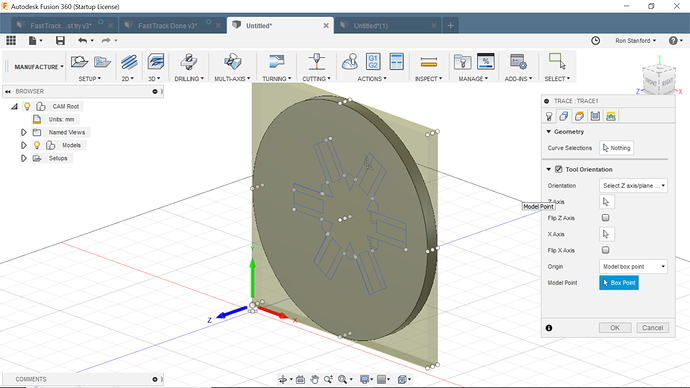 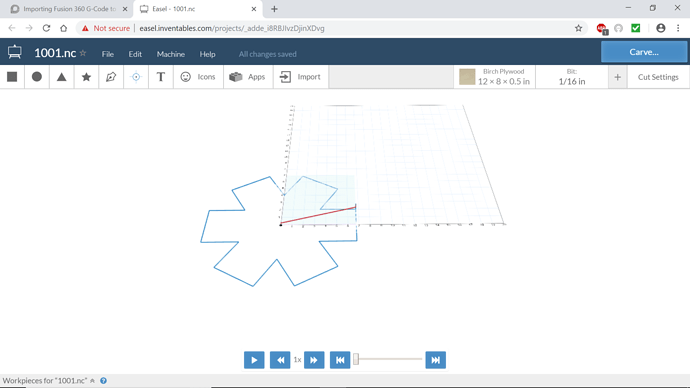 @RonStanford That is the tool path tool orientation, not the setup creator. Try creating a setup first, then adding your toolpaths to that setup. If you expand your setups folder you might have a few extras in there with the setup origin being the center of the model.

Once your setup is created, make sure it is activated, then create your toolpaths with that setup. 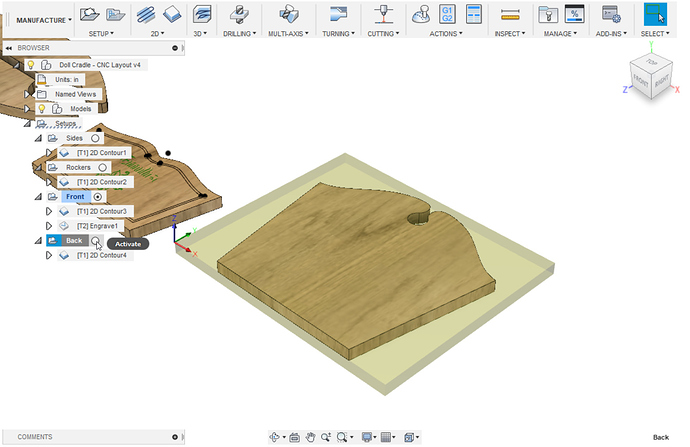 well, i got it to work but not sure just how it happened. Now all i need to do is repeat it a few times to train the ole brain. LOL Thanks so much for the help. I really appreciate your time.

Right-click the Setup-pane, select Stock Point there - this will be your work zero.
(In your screen shot you show the tool path pane, not the Setup pane)

i think i have a better handle on it now. thanks for the response

unrelated to import, how 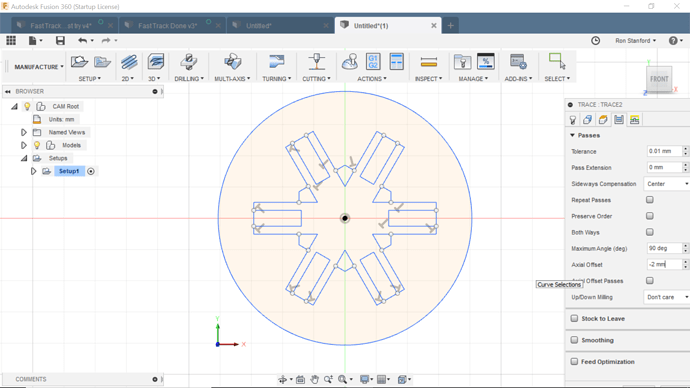 You set carve depth by adding value to Axial Offset, that is correct. Negative value for down, positive value for up (relative to work zero)

You can also offset radially (sideways) by specifying Sideways Compensation to either Conventional/Climb.
The red arrow in the photo below indicate which side of trace it will conform to. Click on the arrow to switch side from outside to inside. 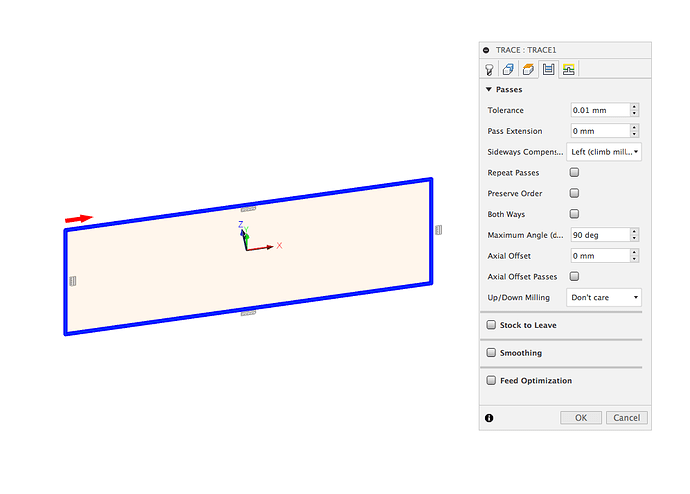 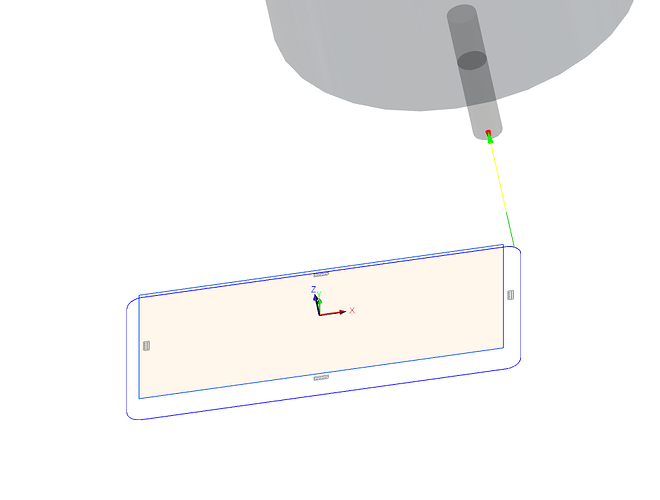 Thanks for you response. It gave me more info.