I’ve been working on a 30" wide sign for a friend, and have gotten some odd results. I thought I’d check in to see you guys saw something obvious. The design is pretty straightforward, (image below); it’s a 1/8 inch cut, leaving letters and artwork raised.
I did a miniature version, about a third of full size, and it came out fine, but on the big sign I seem to get areas where the depth is wrong.
Two attempts:
1/4" endmill, yielded areas where it’s like the paths were skipped. If it didn’t skip them, it didn’t lower the endmill much at all.

1/8" endmill (yeah, it took forever, but I’m a patient guy, and I’ve had good luck with 1/8" cuts), I get the sign that you see below. Some paths got cut deeper than others. 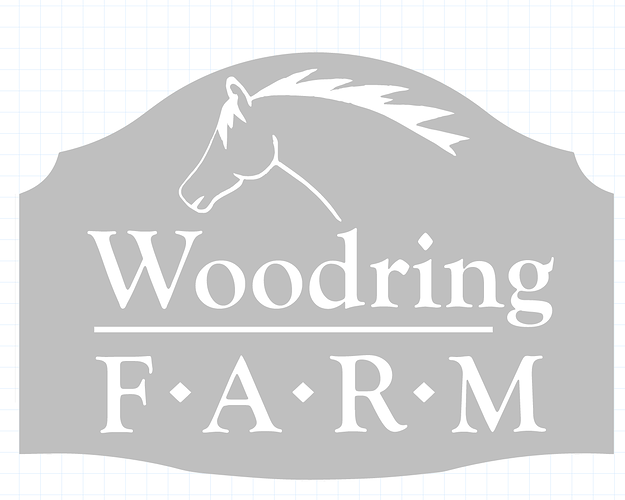 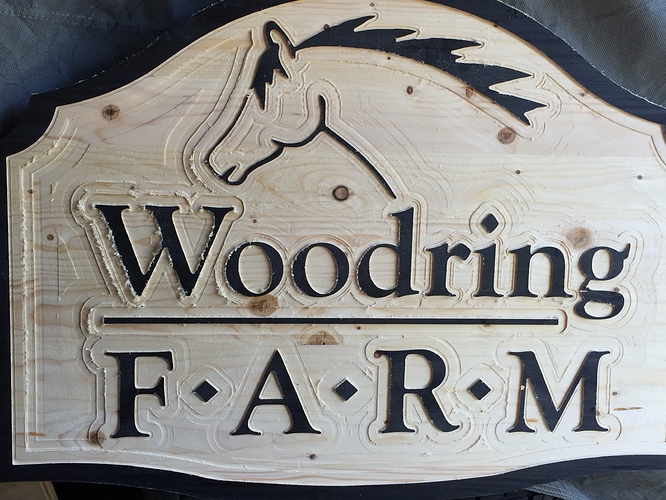 you could still save that sign by using the .125" tool and setting it to a depth just below the deepest groove and going over the entire thing again it will take awhile for sure but just might save the sign

Ah, important detail, sorry! The two endmills used were on two separate sign cuts, on fresh wood. The one I’m showing was done strictly with an 1/8 bit.
The one before was actually done with 2 bits, the 1/4 for roughing, and 1/8 for finishing, using Easel’s beta for 2 stage cuts. I should have mentioned that, before. It’s actually possible that a beta bug is also at work, here.
Given that the pictured sign was all one cut, no zero’ing involved, it’s confusing to me that depth could be a factor. The paths all look right on the preview, so it also doesn’t make sense that it would skip an area. Hmmm…

Thanks for your quick reply.
-Ray

Is your waste board level ?

How were you holding your work down? It may be lost steps, and it’s worth double-checking the ideas suggested above, but I suspect the problem is workholding.

On a side note, I believe the two-bit method is now available to everybody as a beta feature, under the machine/advanced tab. It will allow you to do most of the cutting with a large bit (such as 1/4"), and do a detail cut with a small bit (1/8" or even 1/16"). That’ll reduce the cut time a lot.

All of these are good answers as well as I have seen a 1/8" end mill slip in my collet reducer I had it push itself a bit deeper into the router with each plunge and even .001" will mess it up over a large piece. I have tried a few different collets on my Bosch and I know many guys have zero issue with theirs but it can still happen.

Thanks for all of the good feedback, lots to think about with the collet, wood holding (I am indeed holding a fairly large piece of glued-up wood out at the edges), and pulley set screw. The belt and mount appear to be quite tight.
I’ll be giving this another go with some attention to these, this weekend.