I need help !! I have constructed my X-Carve and have come to the point of “Machine Setup”. In the next step I have entered my machine details. When I “Confirm settings”, it says it is “Connecting to X-Carve…” but does not proceed any further. The power supply is on, and there are 3 green and one blue light illuminated on the board. The fan is also running. Why is it stalled out at this point? I am running Windows 7.

GRBL is opensource software that runs on an Arduino Uno that takes G-Code commands via Serial and turns the commands into motor signals.

I have also written a few turorials on uploading the firmware onto an Arduino Board:

UPDATE ! ! ! 1. We have created and Arduino Library for GRBL. This makes its much easier to flash GRBL to your Arduino Board.  2. We have given back to the GRBL project and developed a ARDUINO CNC …

GRBL Arduino Library – Use the Arduino IDE to flash GRBL directly to your...

The official GRBL wiki now includes instructions to flash GRBL with the Arduino IDE.   We have created an Arduino Library of the popular GRBL g-code Interpreter. A great little application tha… 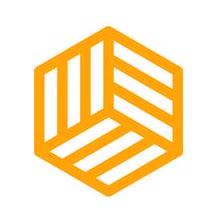 and it worked perfectlyHello everyone – I connected my x-carve to my MAC computer and all the problems went away. It worked flawlessly !!

Welcome @RichardHybarger to a creative world of endless fun and frustration. Glad your setup was relatively painless.
Be sure to prowl these forums and ask lots of questions. Most problems have been encountered and solved by the creative and skilled folk here (myself excluded from the “skilled” part; and perhaps the “creative” part).
Look forward to seeing some nice work…