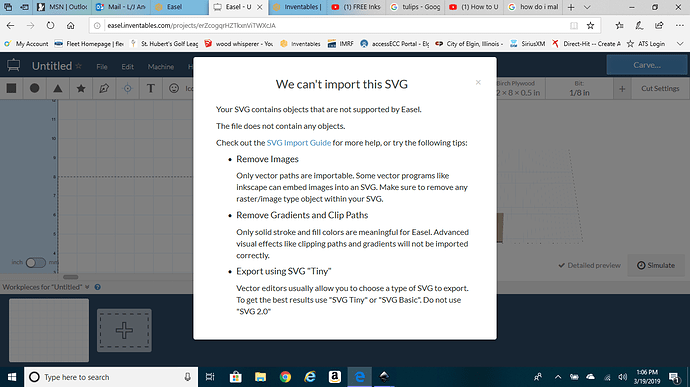 Would you want to share your .svg file? I can take a look. Make sure you follow those guidelines and remove and raster images or objects that are defined by clipping. When I export .svg files I use the SVG 1.1 standard. If your .svg has text in it, make sure it’s outlined or expanded (I can’t remember what Inkscape calls it). Just wanna remember to make sure that everything in your .svg is scalable with independent paths. I don’t have inkscape on this computer, just Illustrator, but it sounds like what you would want to do is the equivalent of going to Object > Expand Appearance in Illustrator.

If you have text in the image then you need to use “stroke to path”. It’s under the path tab.

I think some shapes in inkscape have to be changed using “object to path”. It’s also under the path tab at the top.

i have imported this into inkscape and did what was commented above but cannot put in easel. What am I not doing? Very new to all of this

I don’t see anything Charles. I see the file name is Pittsburgh Steelers, is it a Steelers logo?

I dragged the svg in and it says up loaded but it didnt show up. Yes it is a sort of logo 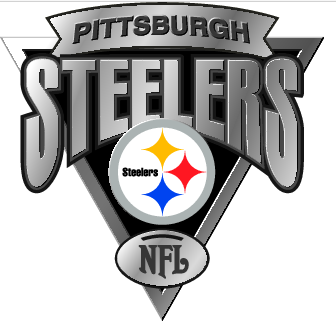 i have tried a .png too

Did you trace it in InkScape? the logo needs to be converted to a vector image then saved as an SVG

I imported it into inkscape then saved as svg. How do you covert to vector image?

It’s not as simple as that.
That image is made up of a couple of thousand different shapes with a variety of fill colors and gradients to give it that 3D effect. You’ll have to spend quite a bit of effort to get it to have the same effect.
You could “convert it to a vector”, but it would not be usable in Easel the way you’re hoping.

Transferring JPG to SVG or other X-Carve compatible format Easel

I’ve got this JPG file and want to transfer it to an SVG or other compatible file for Easel… I can manage that easy enough but loose a lot of detail in the process… any suggestions would be appreciated. Thanks! [325 TS Patch]

I thought the first image the Charles imported on the forum was a Browns logo because nothing was there.
Do the Browns even have a logo?

That logo would look good if you layered it