I’m working on a WoodRiver Knife kit, which comes with a printed template for the knife handles. I scanned the template to a JPG, then opened in Inkscape using Path Trace Bitmap, using ‘brightness cutoff’ with adjusting the threshold until I can see a solid line. That seems to work, but when I check the nodes in Easel, there are literally thousands of them, and I can see that some extend beyond a single line. While I could probably sit for hours and start deleting many of the nodes, I thought to ask the group. Curious if anyone has any suggestions. 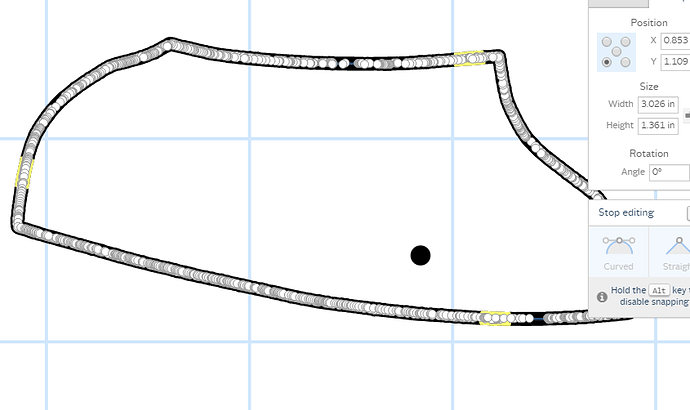 Could you share the image that you scanned?
Thanks
Russell

with that image imported and I would believe the easiest way to fix would be to use the free hand tool and trace from point to point and move the curvature to match. that would make that same design with one line and as few as seven nodes and one circle.

Here’s the image. When you say free hand tool, do you mean the line tool?

Bezier is the tool that I use in CorelDraw to trace an image, I’m not sure what its called in Inkscape. Like Kenneth said you can draw a line form point to point and then move the curvature to match the image you want to trace.
Thanks
Russell 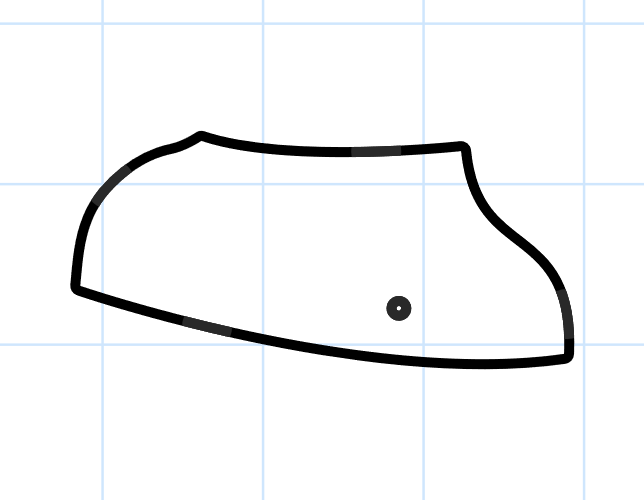 Thanks for the point out! I found a similar feature in Inkscape, under ‘Path’ is an option called ‘Simplify’, I enabled that option and then just had to make a couple of minor adjustments. Now, hopefully I can test it soon, my 611 just quit and I learned about the need to replace brushes, so will try when they arrive. Thanks! 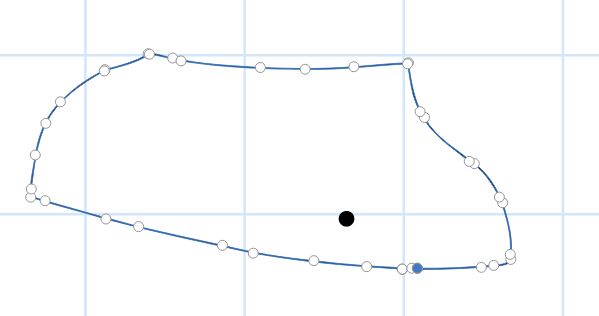