All,
I am trying to import a DXF into Easal. The part was in mm and it seams like it wants to only import in inches and the part is too large. Any Suggestions?plate.dxf (190.8 KB) 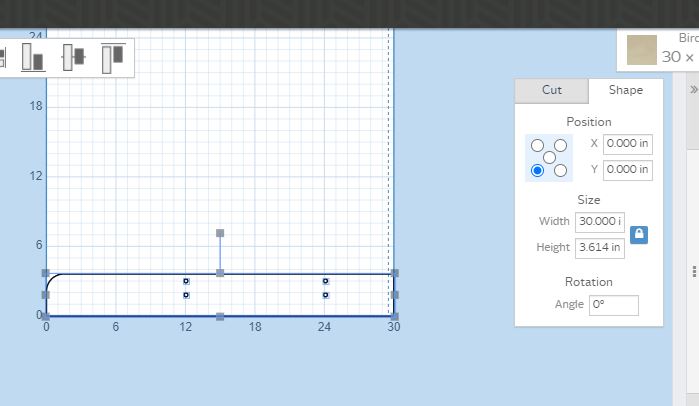 I like the way some 3D printer slicers work, where they look at the object and when it is either absurdly large or small asks is this a metric/imperial conversion problem (and does the math for you with a single click) - like hey, you problably aren’t trying to carve 25” thick stock on your x-carve (well, certainly not with that attitude!) so ask if you want the scale divided…

Hi @DavidAdams1
It seems like you have set the units to inches, and the original file is 498" wide as seen in the AutoCAD viewer.

Looks like other folks in this thread have provided a solution for the issue you are having.

@HenryFeldman
Thanks for the suggestion, it’s an interesting idea.

Thanks for the suggestion, it’s an interesting idea

We did something similar in the electronic medical record system I designed. That we found the nurses would often reverse height and weight. If the person ended up being a weird rectangle we asked if these were reversed (I mean even the most morbidly obese person is taller than they are wide) so easy enough to figure out. Same with blood pressure (there is no physical way for the top number to be less than the bottom number by definition), so would prompt to swap them and with a simple OK eliminated the problem. Obviously a 498" job is unrealistic (and even if you are tiling that would still be larger than a given tile) so could throw that alert to divide by 25.4… That always burns me in CAD of swapping units (3D printers want mm while CNC mills [at least in the US] definitely favor imperial) so constantly swapping back and forth. I wish CAD could have a setting to set the workspace units in MM if the user is planning to export as STL while inches if DXF/SVG… Although of course V-carve and MeshCam can take in STL files to do 3D carving so that throws that concept… But since easel doesn’t support 3D carving, then you’re set.