It doesn't always have to be fancy

I’ve been meaning to write something up briefly about this before, but a conversation over the weekend with a friend made me feel I finally needed to. We were talking about my X-Carve and I was showing him some of the amazing projects on the forum that have been done using it. He mentioned several times how he could never do something like build his own machine nor create any of the things I showed him with said machine.

I am in awe of a lot of the projects here and feel inspired on a near-daily basis and feel I have only scratched the potential of this amazing machine. I did, however, want to hopefully show someone that not everything has to be fancy or elaborate if someone wants to use the X-Carve to make a profitable business.

With the help of some networking I came across a company who sells local items and Michigan-made products and was looking for a new supplier for some of their items, specifically wooden crates with the state outline cutout on either end. I was lucky enough to know I would have some steady orders which helped my decision to pull the trigger on buying the machine, but have since optimized our workflow and have a good process. They have ordered close to 1,000 crates in the past year which has paid off my machine and the majority of the other tools in our “shop”. 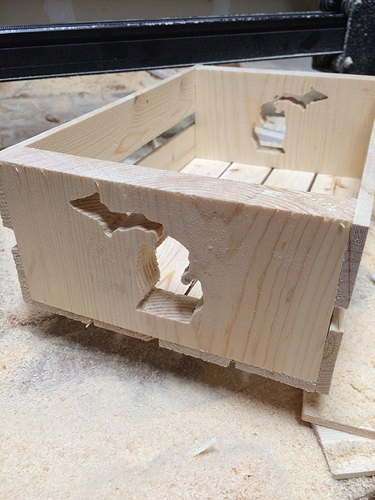 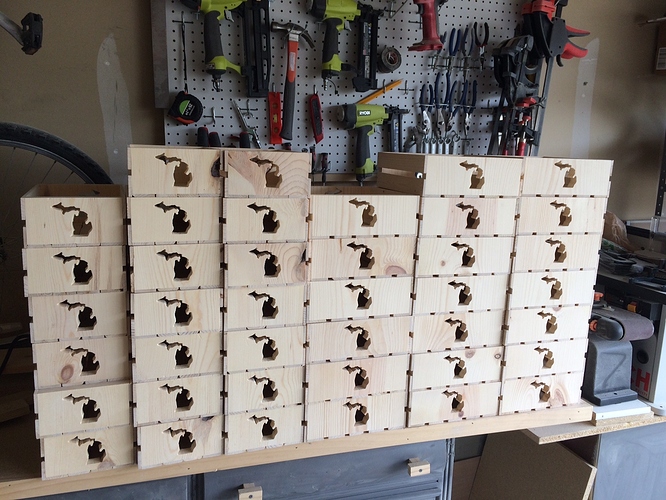 For carving I am able to stack three 1x10 pine boards next to each other for the larger size and four 1x8 boards for the smaller version. I spaced out the outlines so once carved I can cut them down to length on the table saw and have them ready for assembly. 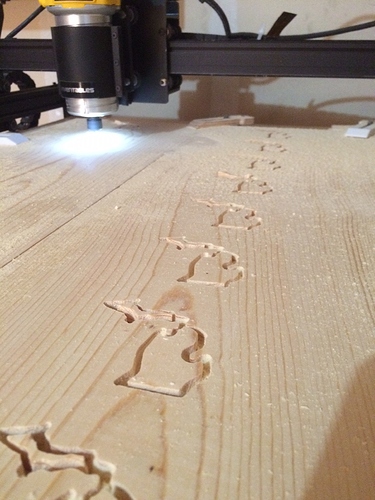 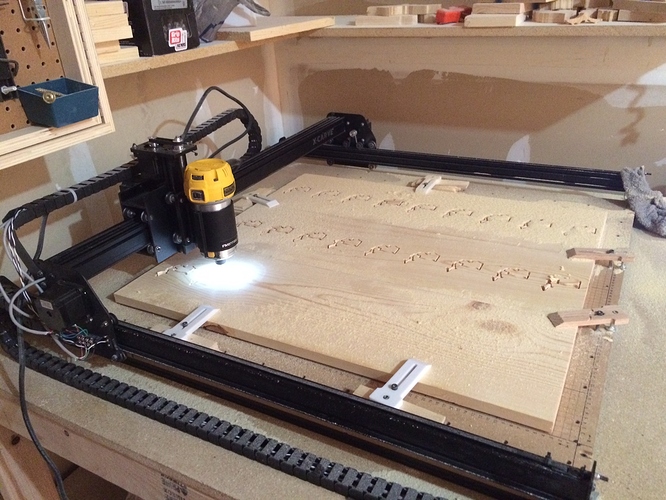 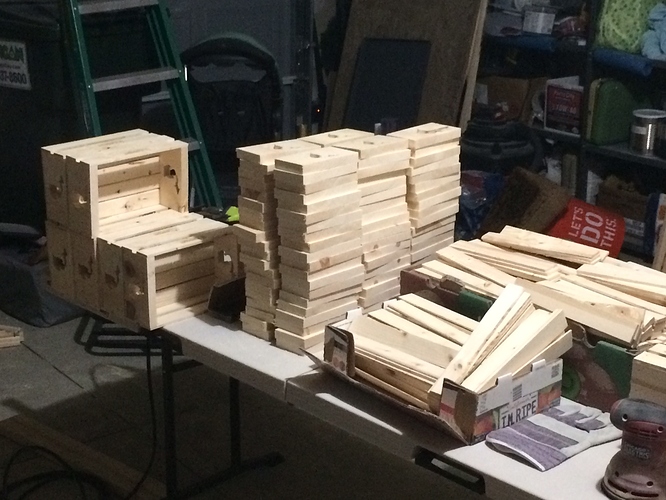 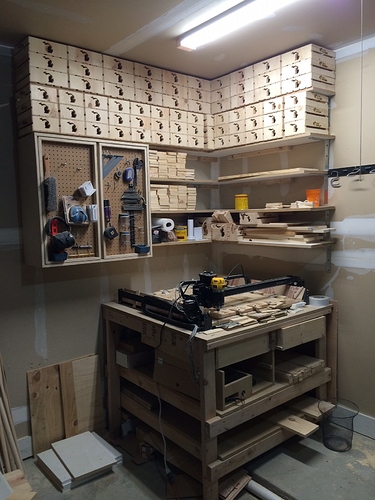 While I did purchase the fully loaded machine, I haven’t done any upgrades to date. I keep telling myself that I will once I make the time, but you know how that goes. I just thought someone might like to see how to make the base X-Carve profitable in a less complex way than perhaps assumed. This is an incredible community and I’m excited to get started on some of the projects on my ever-growing list.

Awesome job, I am glad things are profitable for you.

Know anyone who needs someone in Pennsylvania that needs similar?

That’s awesome for you that you were able to work out such a nice gig and hopefully it keeps growing for you.

Thank you! It was a pretty lucky find, hopefully I don’t have to move anytime soon.

MITTIN STATE! If you seek a pleasant peninsula, look about you.

Interesting idea. The board is already .75" thick and I’m using an 1/8" bit. I think I would have to tweak the design so it could be cut by a larger bit in order to cut deeper, otherwise I don’t think I could find a long enough bit that would break all the time.

That is the type of success we like to see round here - can you say how much are you selling the crates to them for?

That’s very cool! Think how many pieces you have for the start of a states puzzle! If we all pitched in, we could have hundreds completed in no time.

Seriously, thanks for the inspiration - got me thinking.

My customer has asked me not to divulge that but I can say my profit margins are right around 80% when looking at income vs. material cost. This doesn’t account for time, but we’ve been working to speed up the process and have become pretty efficient to make it worth-while.

Understandable. Even if you only made a dollar a piece still a great problem to have is a steady job