It would be nice to be able to make project notes

As I build up a “library” of past projects I find that my paper notebook is not as helpful as it should be when I remake a project that was created several years ago. I wish I had kept a separate “project notebook” when I started with the X-Carve…water under the bridge, BUT…

It would be really nice if, under the file tab in Easel, there was a “project notes” option. Maybe a pop out window with room for a couple of sentences describing the project, mentioning changes that should be made next time, or design improvements that should be made.

You can click “Notes” for a specific Workpiece and add info, but not for an overall project.

I’d like the option of add notes text to the design page along with the other objects. Just flag the text red and Easel would ignore it. 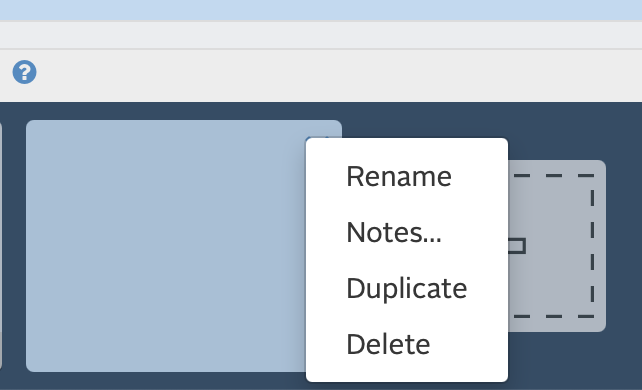 Wow, I never saw that drop down before. It’s not exactly what I had in mind, but it’ll do the trick!

This week it has been fun to have students using the X-Carves for the first time in a year, but I almost couldn’t remember how to turn it on!

PS, took me a minute to figure out what you meant by adding notes to the design page, but I agree, it would be nice. The idea of flagging them a different color so they would be ignored when generating the G-Code would work well for me too.