I’ve made a couple of wood (mdf for the moment) jigsaw animals, but run into the problem that with a 1/8" bit they are as loose as anything, and cutting with a 1/32" bit I can’t cut deep enough, plus it takes forever and plus I only have one of these bits and don’t fancy it’s chances of surviving much use…
To get around this I got the svg from Suncatcherstudio.com, then in Inkscape separate the pieces and from there import the resulting svg into Easel, where I can cut it out with the 1/8" bit. Here is an example. There’s still a little slop between the pieces, but it’s acceptable. 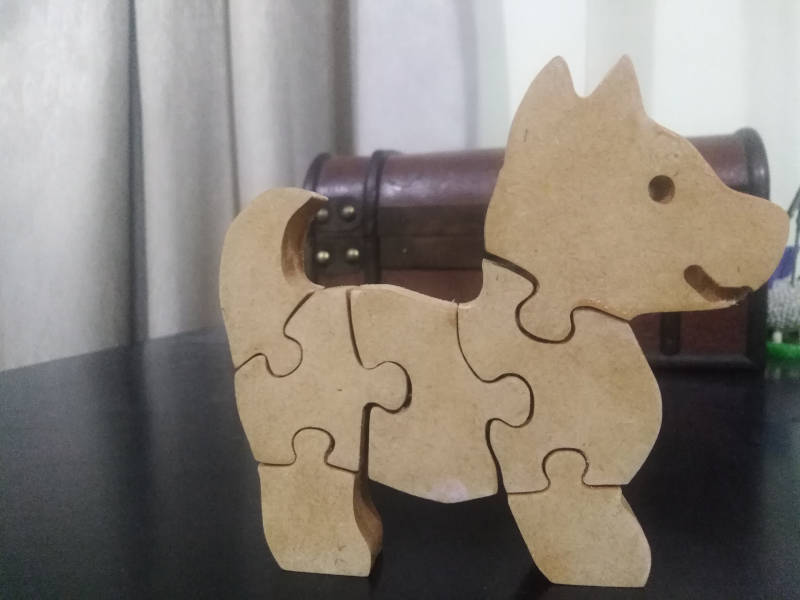 Are you cutting “outside” the path?

Yes, with the “exploded” pieces like in the Easel file linked above, cut outside path.

When importing the original svg or image file into Easel to cut directly I had to cut on path to do the inside lines. I thought about cutting the outline with 1/8 and the interior lines with the 1/32, but it seemed to add more problems than it saved. Especially with the limited depth of the 1/32 mill. I don’t have homing switches that work so also try to avoid 2 stage carves that need any precision.

How did you separate the pieces in Inkscape?
If you downloaded a bitmap, and then traced, you’ll end up with a gap in the pieces. This gap will get bigger if you scale the piece after the trace.
Try this one if you want. Should fit on a 5"x5" piece. 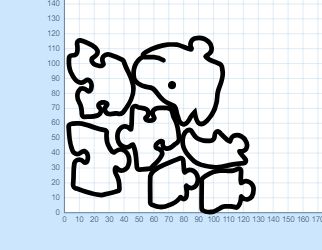 Fit tolerance will be much tighter (maybe cut a couple pieces to see how they fit). I didn’t put much effort into the mouth, and I didn’t look at any of the cut settings.
After measuring the gap between the pieces (as best I could in Inkscape), I used the outset tool to outset each piece a little less than half of the “gap”. 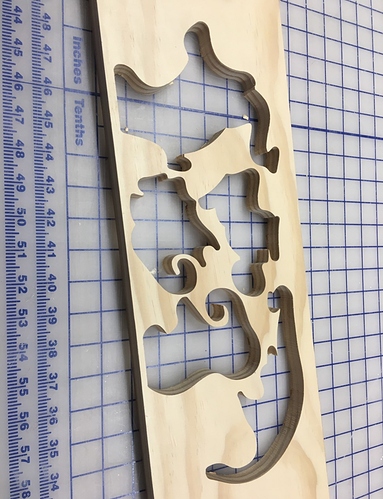 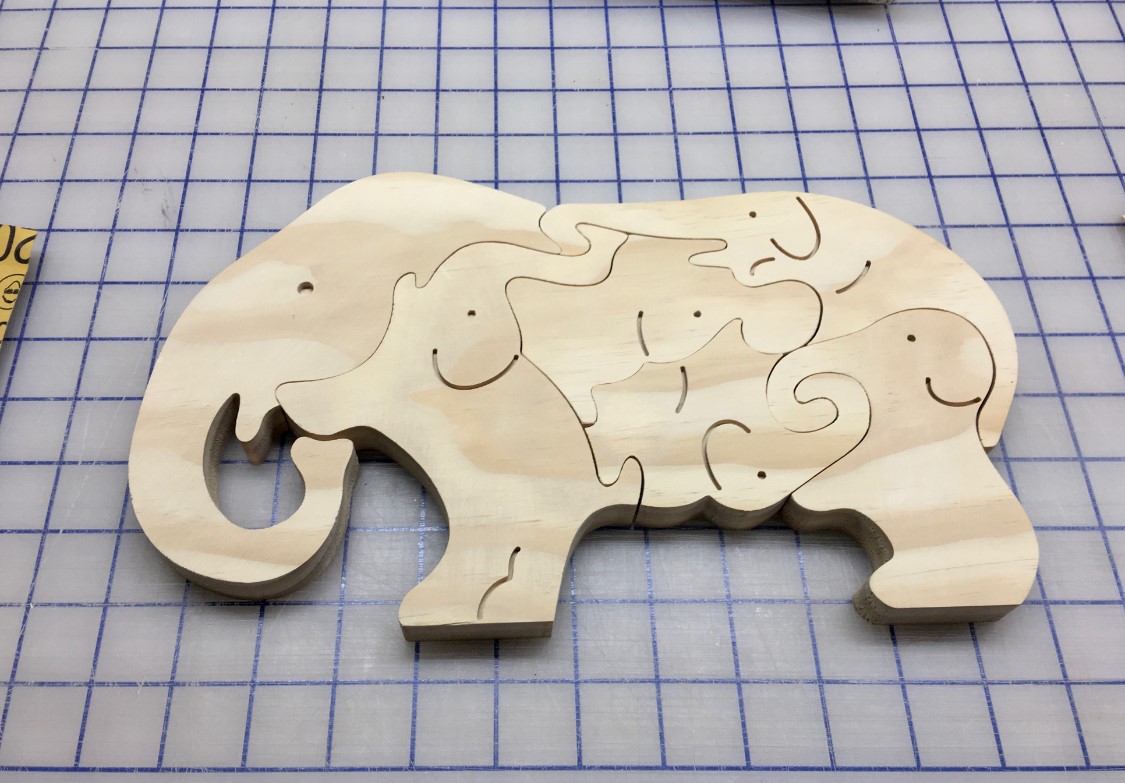 I downloaded an svg, scaled it to size, then filled each area with the bucket tool, dragged the filled pieces off to the side, added a 1 px stroke and then arranged them more or less. I then saved as .svg and opened in Easel. I needed to move some pieces around, to avoid overlapping cutpaths, I did that in Inkscape rather than Easel and reimported the svg. I haven’t used the offset tool yet, I’m an Inkscape novice, but hope to become a more skilled user before too long.
I’ll give yours a try, too, the good thing about these is they don’t take hours to cut.

Nice, thank you. I’ll give this one a try, too.

I haven’t done Russell’s elephants yet, but did manage mine in pine on Sunday. I split a bit of 4 x 2 pine in half with the table saw, which came out fairly flat, clamped it down and ran a skim pass over it. I then tried measuring it with the depth pointer thing on my caliper to avoid unclamping, measuring, and re-clamping.
As it turned out, this was a false time saver as I clearly mis-measured, and the first piece broke off the tab on it’s final pass.
However I had enough room on the stock to try again, and it came out pretty good. I made a couple of extra baby elephants in the space left over from the failed attempt.
The tip of mama ele’s tail broke off on the final circuit, so if anyone else uses the Easel file, make the tail a bit fatter. 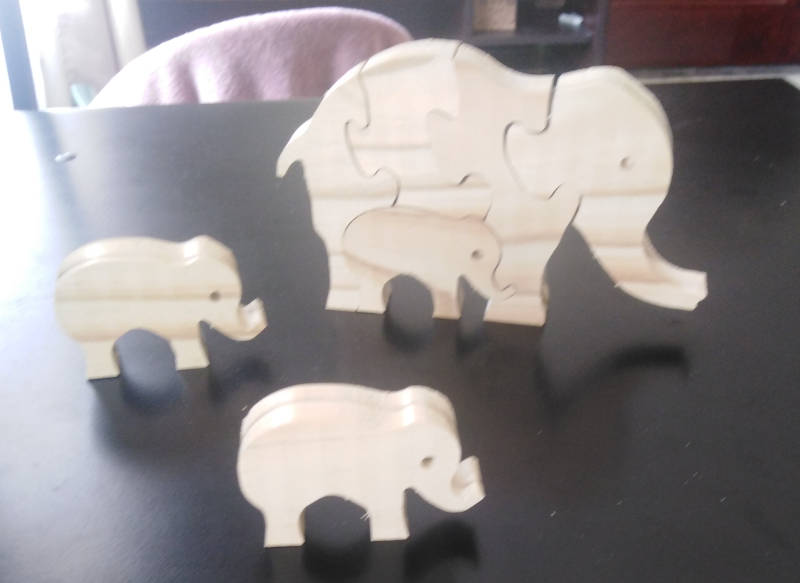