Equipment mounted and ready for connections. 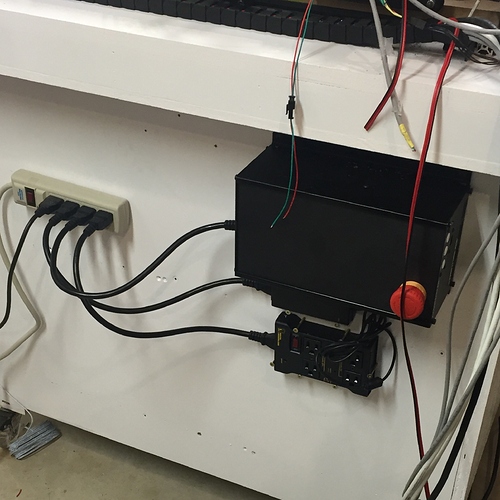 A mess of wires! But it works! 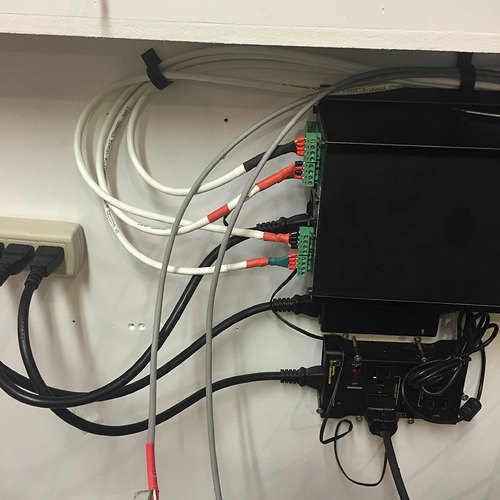 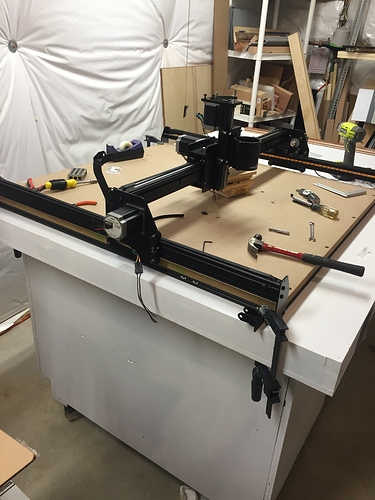 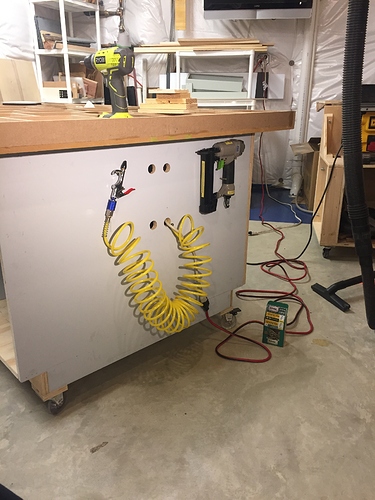 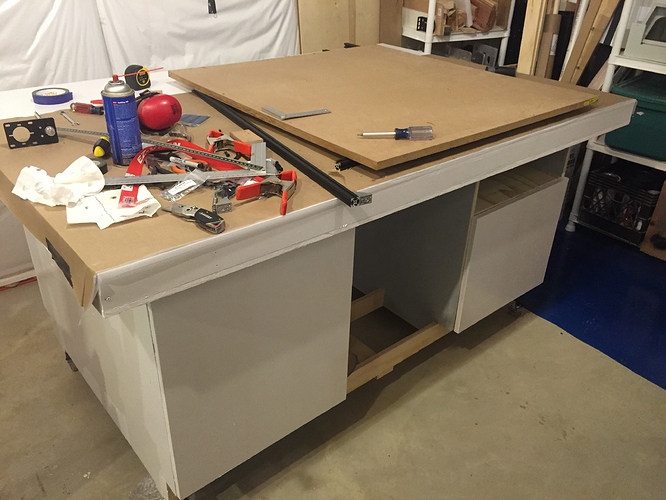 My laser is on its way.
It’s a $90 “triple C” 2.5W 445nm laser.
No duty cycle or power adjust. Just constant current; either on or off.
I will probably use the X-Controller’s M8 output pin for controlling it.
Haven’t decided what software to use; I imagine some script to convert Z-Axis movements to M7 commands.
I hope Easel will come out with a feature for laser engraving in general.
Hooking it up to the Spindle commands will be easy as well…

Your build looks great, I would really like to hear more about the optical homing sensors you used. If you could please provided details about the model of the switch and how you mounted them I would appreciate it!

The sensor were all salvaged from old electronics / machines.
The sensors are three: PM-L24.

The PM-L24 is an ultra-small u-shaped micro Photoelectric Sensor with built-in amplifier. PM series NPN open-collector transistor sensor plays a key role in the miniaturization of our equipment. This sensor is equipped with two outputs one for light-on and other for dark-on sensing. 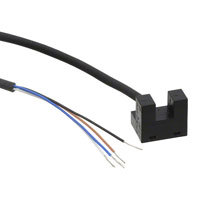 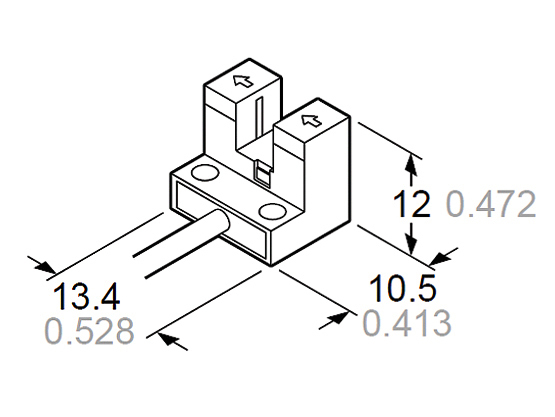 I am building a breakout board to power them, and “split” the signals for interfacing with the X-Controller; Details in a future post.
In the near future I will post some pictures of their locations in a build tour video / photos.

Hopefully my future forum post on the breakout board will contain a simple overview of the circuit board and theory behind the optical sensors.

This looks like the perfect optical switch at a very low price. I am sure there must be some reason why it won’t work.

These sensor are similar to what I am using.
Replace the Arduino / Rasberry Pi with the my custom breakout board and its essentially the same thing.

I feel they belong in a separate discussion with regards to personal feelings about PayPal, shipping to here and there etc…
Trying to keep it On Topic with regards to my build and customization’s in general. I felt it was getting a little off-topic.

Good Point, sorry for taking it off topic. Your use of optical sensors just made me anxious to find some for my machine.

I started a new thread

So far I like them. And more robust. I broke my mechanical Z switch within my first few hours of mounting it.
My Z optical sensor is mounted so that physical travel is stopped by metal, and is interrupted by flag mounted to the spindle carriage.
The X and Y use the carriage plates as the interrupt flags for now, with physical travel being stopped by the sensor’s plastic housing. But they seem tougher then those flimsy stock mechanical roller switches.
I could always add extra interrupt flags to my carriages and setup metal stops in the future.

Pictures of how you mounted the sensors would be appreciated. 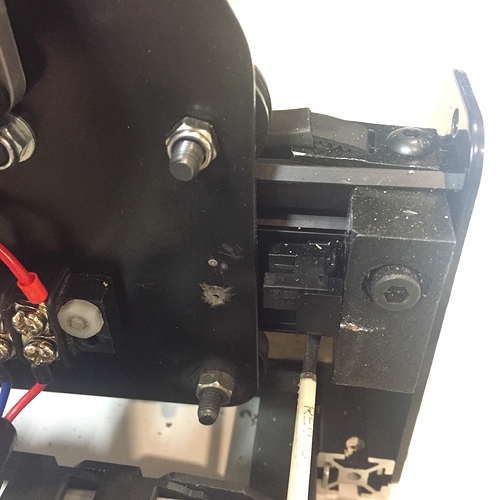 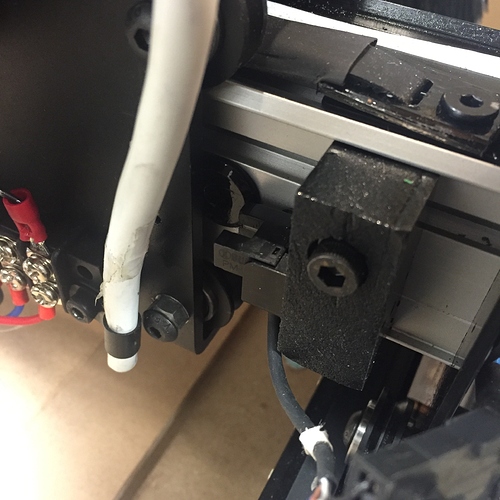 My laser arrived.
I will be milling a bracket to attach the laser to the left side of the DW611 spindle mount.
I will also create a simple PCB with power in, on/off signal, and power out to control the laser.

Can you provide some additional detail on how you increased the Z? I see the link to the new rods, but what about the Z axis extrusion increase?

I did some math to calculate the minimum height to fit a 76mm NEMA 23 motor, then looked for a rod that was close.
The OpenBuild rod was a good match. From there I just calculate the difference in length from the stock Inventables rod, and my new rod’s match, and added that to the length of the stock Z extrusion.
Luckily you dont have to be too exact. Any length issues can be adjusted by the position of the pulleys on the threaded rod.
The length of the Z extrusion just so happened to be 254mm.
Open Builds Rod = 250 mm
Inventables Rod = 206 mm
Inventables Z extrusion = 200
Difference is 44 mm
So the new extrusion needs to be at least 244mm.
I must have added 10 for some reason

I think I planned on adding a bearing at the bottom of the rod, for a configuration like this:
http://www.improbableconstruct.com/collections/upgrades/products/shapeoko-2-acme-upgrade
But so far its not necessary.

Did you machine the ends yourself?

The extrusion was cut myself on my table saw in a miter sled.

Laser is mounted and working without the ON/OFF feature. 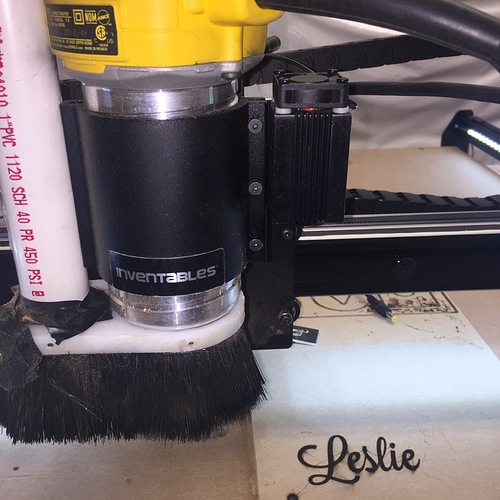 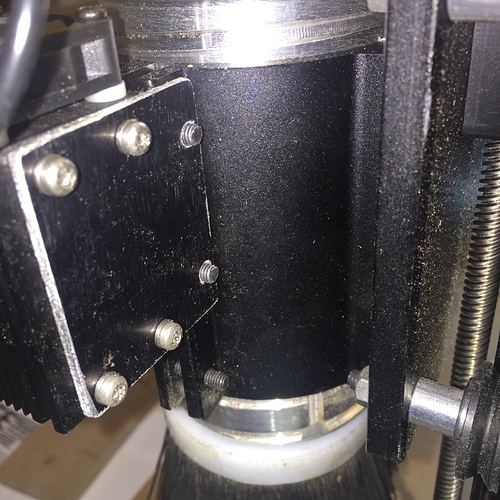 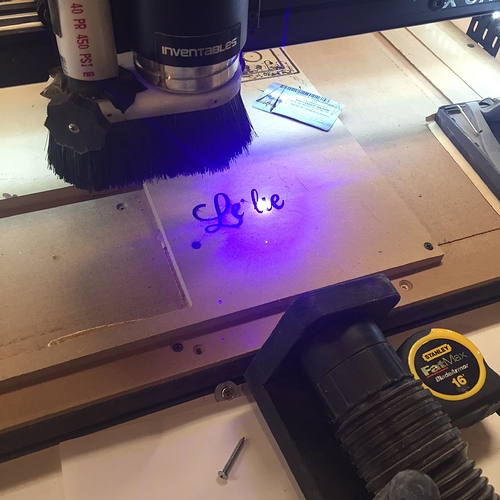 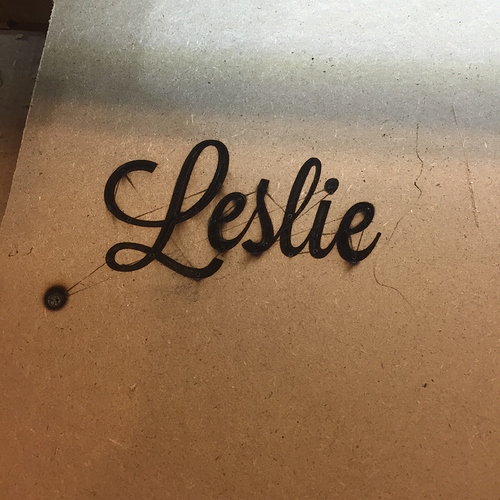 Looks good. A laser would have to be close to the top of my wish list. Importing one would be a major hassle though.

There was no need to cut the rod. It was already the length I needed.

The rod is already an 8mm diameter. So the included 8mm pulley already fits.
I used the anti-back lash Delrin nut from Open Builds.
I also added a lock collar at the bottom underneath the flange bearing. 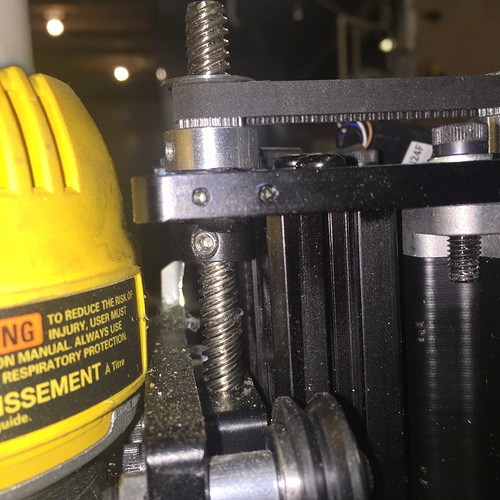