i bought a laser that projects a crosshair at Amazon (here for Specs) and would like to attach it permanently to the spindle mount so that i can easier see where the mill is at when i am jogging to reset 0 0 0.

I have a 3d printer so i could print something but didn’t find anything that could work. I do not want to mount it on the other side since it already has a vacuum attachment. 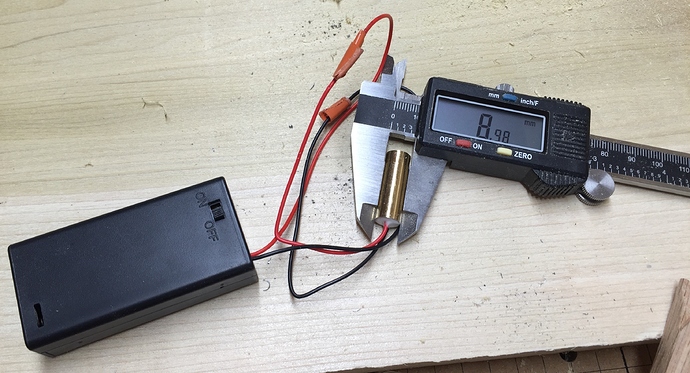 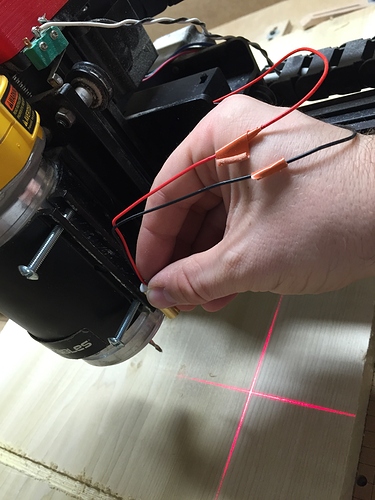 Why don’t you just 3D print a fixture that has a 1/8 inch shaft that you can put in the collet and then have the fixture widen out to hold the ~9mm laser tube?

It would be an easy design if you have the 3D software, if not I think I can design one for you and send you the .STL file.

Or just use the screws that mount the router.

I think @MarvinStuart has a laser mount that he printed.

I am trying to attach it in a way so that i dont need to take out the bit for the laser and reattach it later. But yeah i will maybe try to make something that i can attach through the screws in the mount or so, that might be the most flexible

Is there enough of the router sticking down below the mount to use a ring to attach the laser pointer?

This is usally done by using two lasers that project lines, and putting one on the north side of the spind, and one on the west, that way the lines will cross at the center of the spindle, but they can be mounted along the perimeter of the sindle.

Here is a pre-assembled example

I checked earlier and this particular laser can project the croshair correctly underneath the mill even without being mounted next to the mill.

if its attached to the side in a almost 45 degree angle, it still projects it correctly.