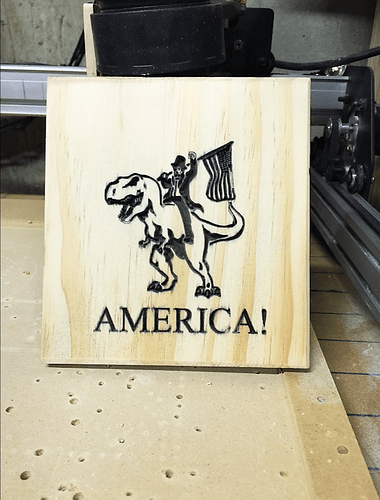 What could possibly be more American than Lincoln on a T-rex with the American Flag!

T-rex holding a handgun and a big mac?

While sitting on the sofa, watching TV?

What a bunch of bullies! !

You have to have something to cut the burger in half and turn off the tv.

I would like to see other designs with the T-Rex holding a rifle! (or a beer)

Here are the files if you want to start with what I had.

I don’t mess with .svg files so I don’t know if this is usable or not. Have a look.

Sounds like a winning answer to a game of Clue.

Nicely done! But you lost the American flag,

Yeah, it was too busy with the flag. The musket got lost so I dumped the flag.