Perfect, now I just need to start on my pendant!

I second this, but I’d rather see the keys be keys on the numeric keypad, so a USB keypad could be plugged in and used in this way.

Jogging the machine needs some work I propose.

Jogging X and Y can be done with cursor keys, but Z, the one that is important to get right in many cases, is SHIFT + up/down cursor. Can I propose that this be changed to a single key for Z up and down, e.g. M and K or similar? It’s difficult to jog in the Z while having your face close to the bit to ensure correct height.

Another vote for SPACE to pause, but how about double SPACE as an emergency stop, I.e. Stop all X and Y, stop spindle and raise Z?

Full disclosure, I’m able bodied (except my eye sight) but been interested in this subject for a while following RSI problems. And this has led to wanting software that is intuitive and where possible, keyboard driven.

You could have ‘W’ and ‘S’ as Z up and down, that might make sense to alot of people.

Being a laptop user with arrow keys near my bottom right, M / K would be better in my opinion than W / S because I could do XY by feel and use the same hand to do Z up/down. I definitely agree that it should be something that isn’t shift.

@MichaelSchafer did you mention that there is a program or something to easily remap usb keypad / numeric keys?

Another vote for SPACE to pause, but how about double SPACE as an emergency stop, I.e. Stop all X and Y, stop spindle and raise Z?

I’m not sure this is really possible with the firmware right now. But I believe there are future Grbl updates that would make this possible (like the recent “safety door” feature).

Auto Hot key is a very good remapping tool, and it’s free! On the NumPad side of things, I think PgUp and PgDn would be a great option for the Z-axis.

P.S. @paulkaplan, how are you getting your text to look like keys when you are calling out keyboard shortcuts?

Ah this forum has magic a mile deep. Sorry for not sharing. You can use the tag <kbd>...</kbd> to wrap keyboard descriptions. For example

(PS how I did the code formatting: indent 4 spaces then type.)

It wasn’t me, but someone in the thread I started about using a USB Keypad as a remote pendant did post something like that…

might have been me, but i’m using UGS and a usb num pad. working pretty well as long as you dont accidentally mix up the buttons and plunge your bit into the working material

Y and Z control buttons are awfully close together.

Thanks Paul, I’ve not seen the code so don’t know the art of the possible.

Also, relying on Numpad excludes pretty much all laptop users. I for instance don’t have a Numpad on my laptop. On my main PC, it’s to the left, as far from my X-Carve as is possible because I use a left handed keyboard because it allows your mouse to be more central (as a right hander). That’s historical due to RSI issues. 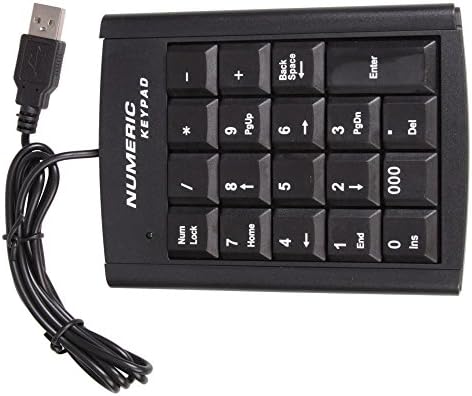