I’ve been playing with making a lamp that projects patterns on the walls around it using flickering/candle LEDs. I’m still waiting for those to come in so simulating that with an Arduino, 6 normal LEDs and some random PWM signals.

Anyway, I’m planning to make the projection screens using plywood but being intricate, thought I would test the design in an A4 sized sheet of “Fab Foam” (2mm closed cell foam sheets) which I can cut very quickly with a single pass using the laser on the X-Carve.

Still took an hour or so to run, but Easel was doing an awful lot of rapids so was a sub-optimal job. Even so, end result proved the design would work once all the lighting was working. 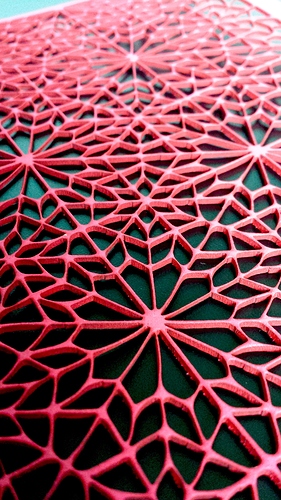