I am currently working on adapting my JTech laser to my XCP. In anyone else interested in that? BTW wouldn’t that be awesome given XCP’s size?

You had any luck with the adaptation? It would be awesome if there was a good way to do this.

I have designed the mount and I just need to find time to cut it and extend the cabling.
No reason this shouldn’t work.
D

I had a few lazy minutes this morning to finish the mount. I made this from .5 Expanded PVC and mounted it to the head just using double sided servo tape. The small block at the top is used to quickly mount the laser so your don’t have to fish around for the holes (those if you who have used this Jtech laser know what I am talking about). It’s solid and should work. Just need to extend my cables. 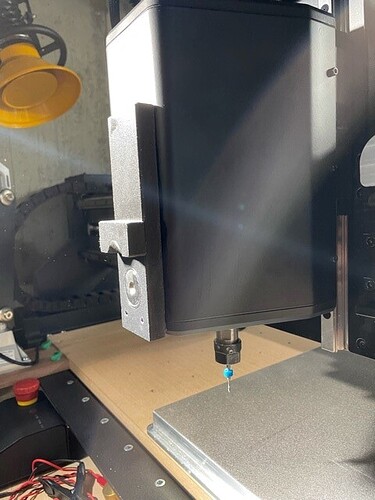 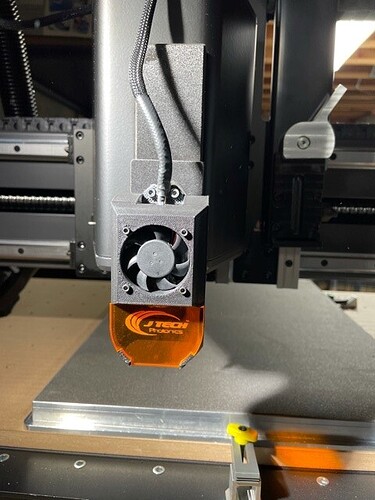 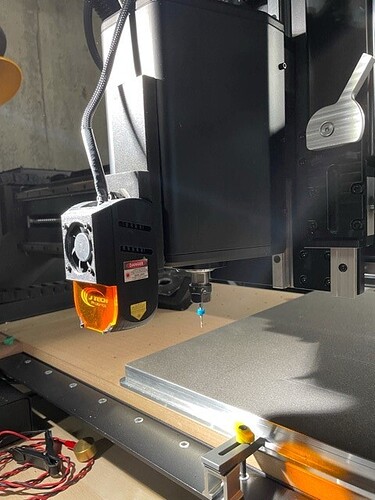 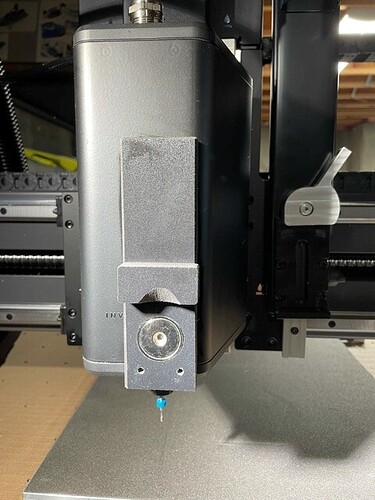 I completed the wiring but I will need to find out how to get spindle control. The XCP does not have
An external PWM port but it has to be there internally for the spindle.

The problem is definitely going to be a challenge for the PWM input to the laser. I am looking at the h100 inverter circuits to see if there is a way to pull what I need out. I will keep you posted.

Are you going inside? I’d love to see what they’ve got in there. I presume its nearly identical to the original Xcarve plus the VFD and better drivers.

I have been inside back when we were figuring out the GFI issue. Very small control board with the addition of the VFD as you mentioned. I looked for a PWM port but did not see it or it was unlabeled.

For the curious… this is the inside of your controller… 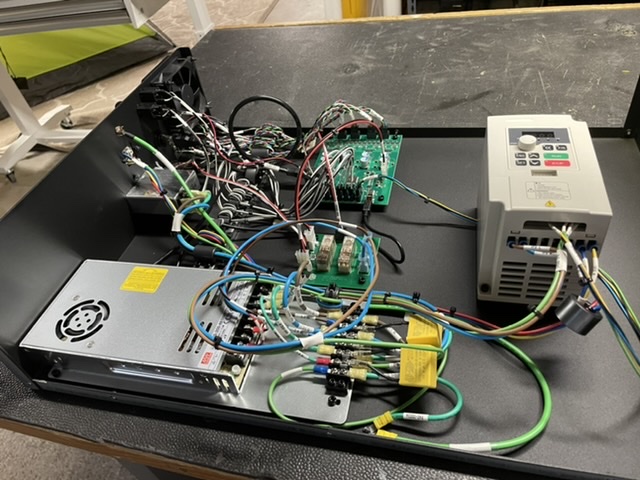 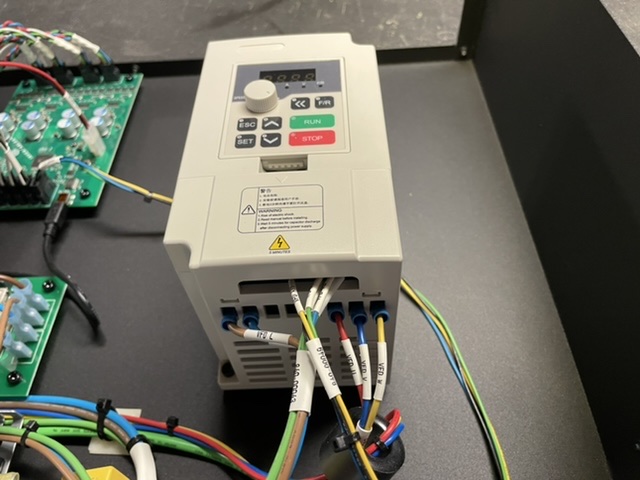 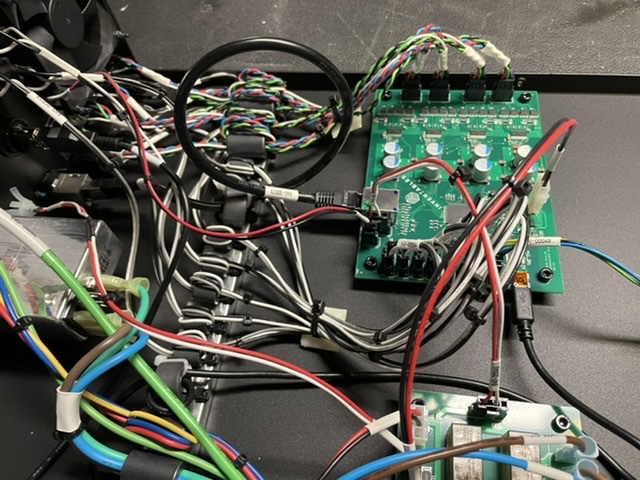 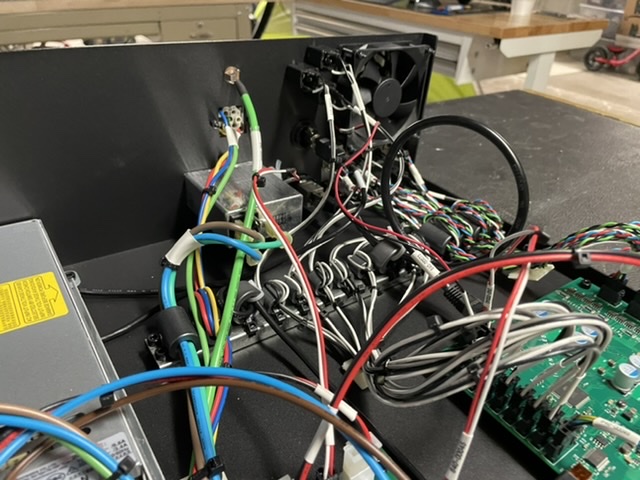 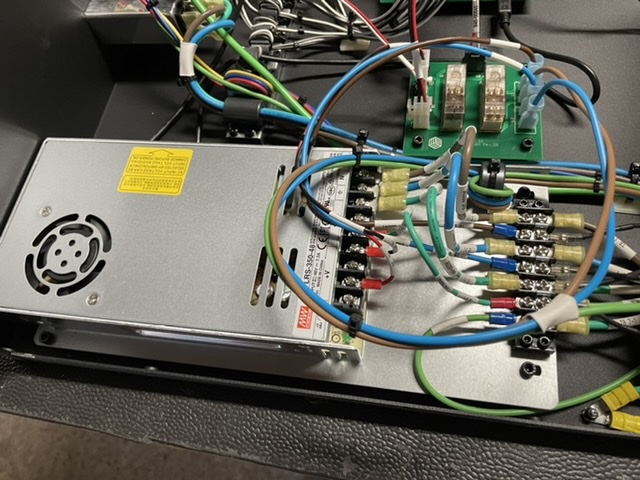 Now as far as finding/using the current PWM port, this is what the VFD wiring looks like. Nothing clearly marked as the PWM. I will need to research the VFD to determine which wiring is the PWM! If I can sucessfully find it I will need to add a jack and a switch. The switch will be used to switch between the spindle and the laser. 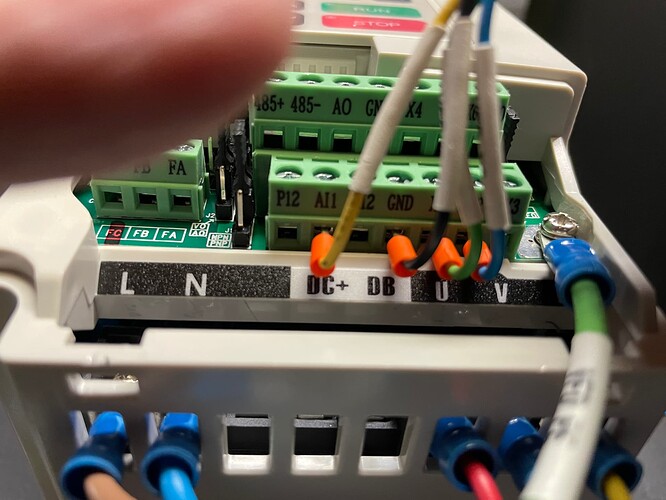 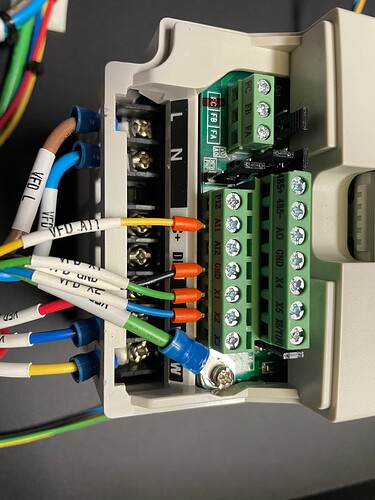 Thanks for the tips. It does appear that terminal AI1+ and GND- are the PWM input to the VFD. I found the following documentation on the H100 that confirms it. Next steps: 1) Using a Ohm meter I am going to verify voltage and speed control. 2) If this checks out I will add a switch and jack for the PWM output for the laser. The switch will allow me to switch between the laser PWM port and the internal VFD when using the spindle. 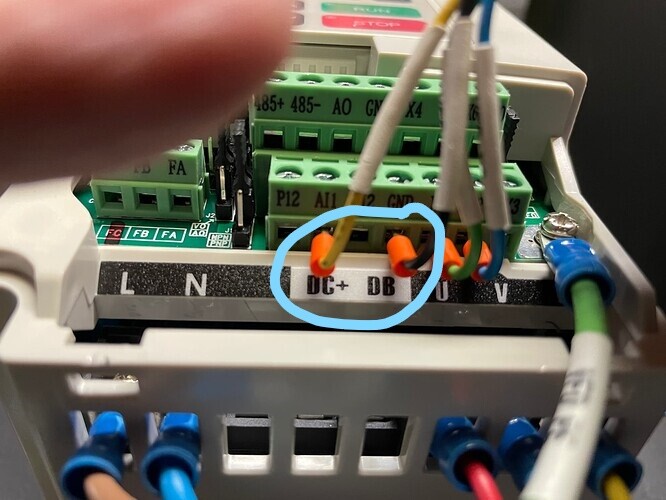 So the voltage look good so I won’t burn anything out when I plug in the laser. The switch is the AI1 lead to the spindle control which switches between the speed control and the external PWM port i added. That way the spindle and the laser both don’t run at the same time. I put a small filter on my PWM port since they have filters on everything else. We will see how this goes tomorrow when I plug the laser in! 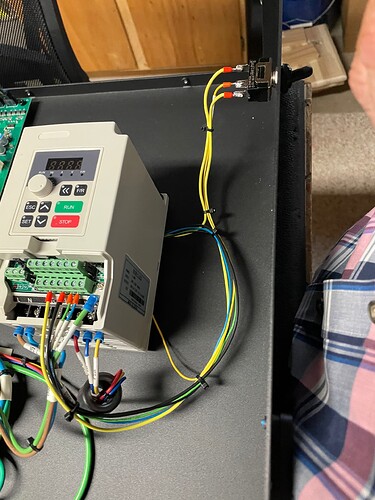 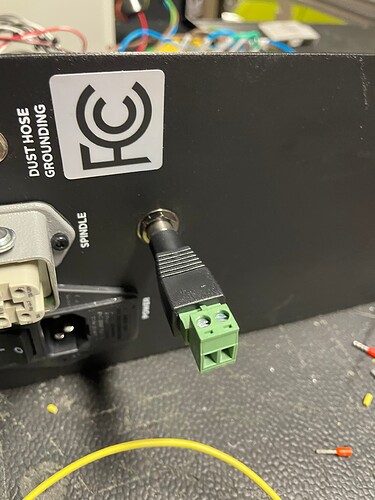 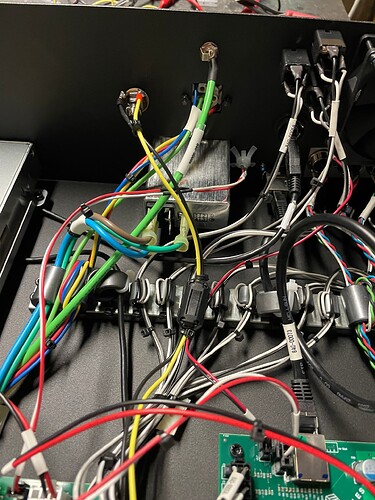 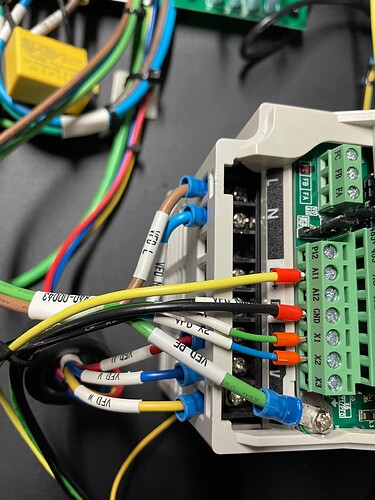 Thanks for the info and detailed documentation! That’s awesome work @DavidKSantistevan

Okay, big step. The laser is active and I am able to adjust the laser strength. I have a new challenge that I came across while doing my first test burns. I am using LightBurn and I had the laser set to a speed of 30 @ 20% intensity. It begins cutting and then after about a second I get a message saying the software has lost connection to the USB device. Upon examining the console after re-establishing the connection it is reporting the GRBL has been locked out because of an alarm state… Any help would be appreciated! 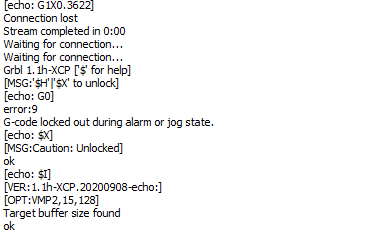 How much did the whole “conversion” cost you?

Not much, odds and ends less than$50.