Laser as a bit selection option

I am still struggling to get the laser cutting and engraving working even with the extra programs people here recommend. Would it be possible to add a laser bit option that just changes the Z commands to on off for the laser?

What would have to change about the g-code exactly? Can you give a before / after?

I was able to control a laser by connecting a relay to a PWM output (designated for spindle control) in the X-Carve controller. Conceptually should also work on arduino based controllers. 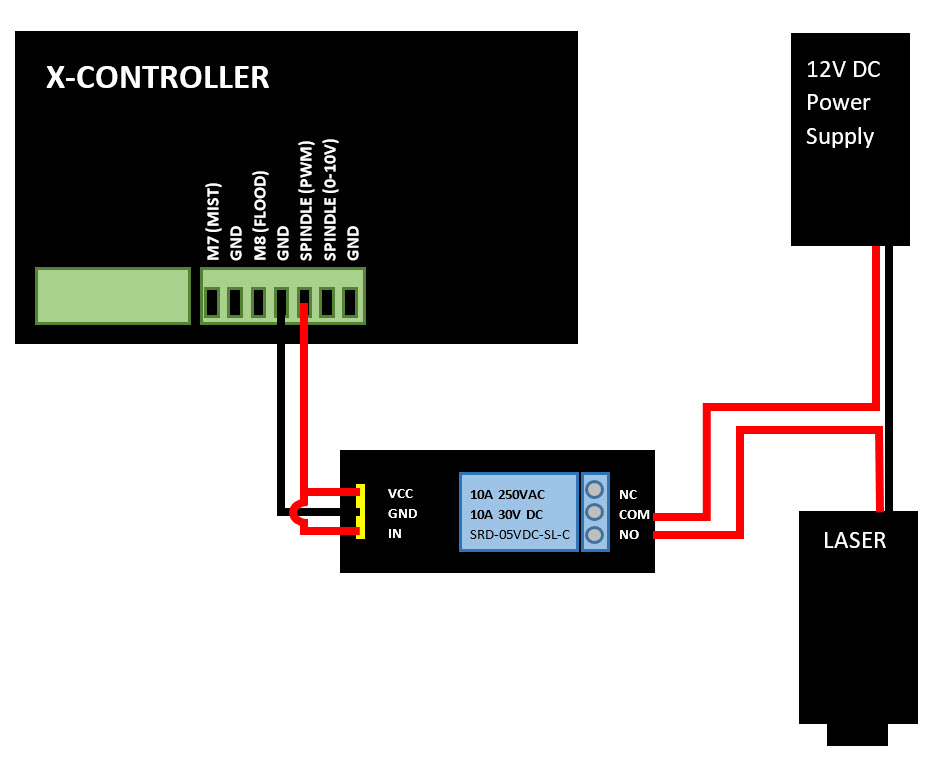 I can only do ON or OFF laser control, since I only had a relay and no power control unit.

I would generate Gcode within easel and then maniputale the file in excel to replace G1 Z movements by Spindle commands M5 (laser off) and M3 (Laser on).
This worked very well. 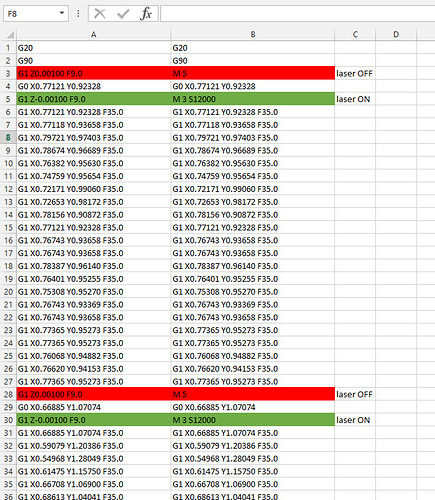 I run my laser on a different machine, but I use Easel and export the Gcode to run in Repetier.

I set my cut depth to .1mm, then set my depth per pass to .1mm to ensure only 1 pass is generated.