So I’m trying to figure out the limitations of the jtech 2.8 laser engraver. So far I have done some different woods and figured out feed rates and what not, but I want to go bigger.

Have anyone engraved glass? Aluminum? Etc? If so have you placed something on top of them to prevent the light from being absorbed or reflected back? What feed rates are you using?

I would love to engrave in some metal or glass, but haven’t had much luck so far and running out of ideas

mirrors can be fun and as for metal it is a longer process involving acid or electricity witch ever you choose. Still working on glass trying to get something useful.

Glass can be etched if sprayed with black paint. The hardest part is removing the black paint afterwards.

lol I was just painting a square of glass to try this. I was going to use a pie tin with solvent in it to let the glass soak then hit it with the pressure washer

I never tried this, but @JohnChamplain has. Let us know how it works out.

ill run a few test and post a pic.

Engrave on the side you paint. The laser will fracture the surface of the glass. Varied intensity will not work, so you need to dither your image black & white and use a min of 0 and max 255 value. Feedrate should be slow. Like I said, I never tried this before, so you will have to play with the feedrate with your 2.8W.

mine is running now just some simple text

this was with the 3.8 watt and very slow 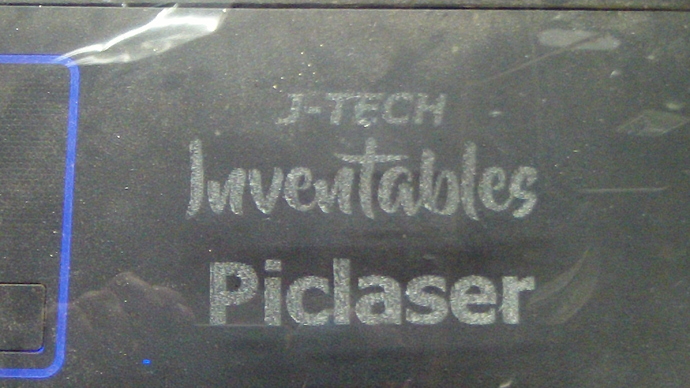 SAM_0757.JPG2944×1656 783 KB
I have to run to the store later and I will pick up some cheap photo frames with the glass plate so I can try some more I think I can run faster with some setting changes.

How long did those take to run? 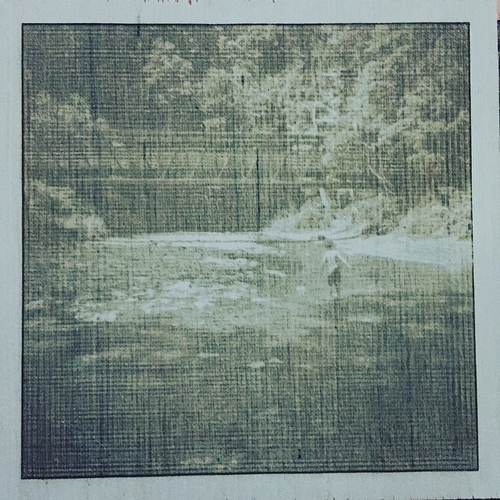 Hi Robert,
My name is Michel, I just installed the same laser, I have downloaded pic laser demo and created the g code file, but at this point I am stuck and cannot find any tutorials online. Any help you could provide would be awesome.
Thank you
Mbrunette@gmail.com

Ok trying a photo at the moment pretty sure I’m running too fast but time will tell.

UPDATE Running at 50ipm the glass appears to be etched but the effect is still unknown until the machine is done.

The Tutorial is in the Help menu.

soap works on glass and dry moly lub on stainless

Just rub a bar of soap on glass? And what feed rate are you running?

I use straight dish soap and put on the glass