Late to the fidget show

Due to various reasons, I wasn’t able to get this done during the contest but this is the first design I tried and will definitely improve on. The bearing hole is a bit oblong and I couldn’t get the spindle sander where I wanted it. 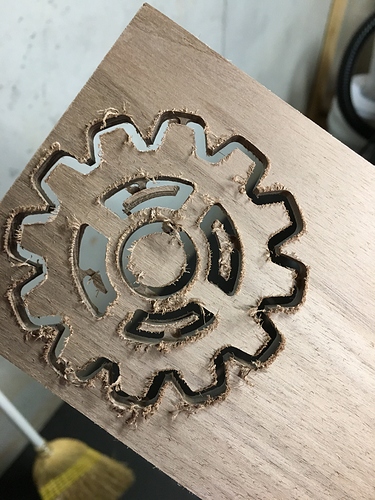 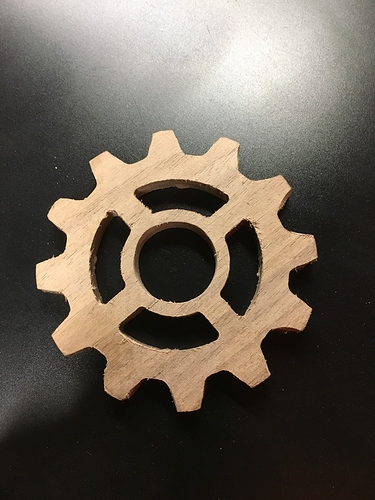 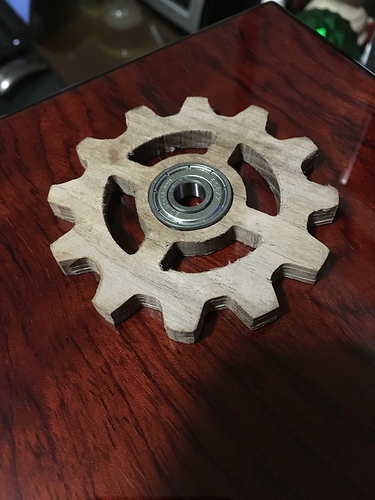 And of course a new toy and workbench: 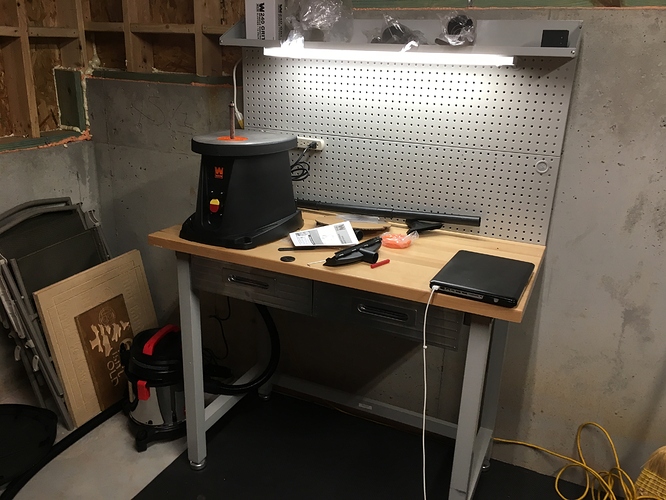 Great design, thanks for sharing. I noticed the spinner craze has even hit easel, Now with a spinner creator app.
Keep up the great work!

I think my spindle is slightly off square which compounds the issue. Might also need to slow the feed a tad as well. The top/bottom edge sanding isn’t too bad with the spindle sander setup. I’ve seen some downcut bits and thought about it and may pull the trigger soon.

I’m actually switching away from this design for a few reasons:

I’ve created two new designs that I need to try but I want to square up the spindle first. I have a week off next week that I’m going to mess with it. I’m also debating about the lifted Y axis end plates that Charlie is now selling at the same time.

Yea the pocket cuts would add a little time (not much as the material not cut with a 1/8" bit is only like 1 extra pass) but eliminate the need for tabs. I could also just not use tabs and have the small pieces remaining get sucked up into the dust deputy. One actually did that because it was cutting too deep (steps/mm were off) and it didn’t cause an issue. Thanks for the tip.

Outside tabs are on the outside teeth and if I squared my spindle, I probably wouldn’t have as big of a need to get in to the teeth either.

It’s all a learning experience in the end. Being a tad OCD also means that some things that I nit pick at probably wouldn’t bother others.

I just bought that same spindle sander a couple months ago - great value right? Here is a tip - you can compress a buffing wheel between two washers and mount it to the top of your sander! Now it is a sander PLUS a buffer.

P.S. Mine is no longer shiny and new. 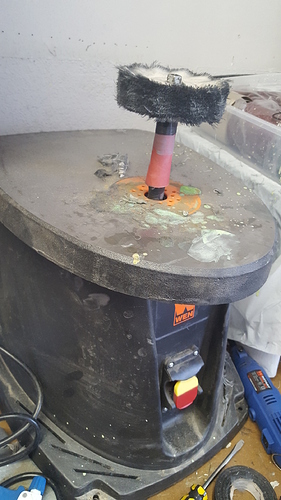 Good to know. I’ve got a buffing wheel that may work.

So I went to square my spindle today and made some discoveries:

So I’m ordering a new bearing from Inventables (I was looking to get one from McMaster but they don’t sell a compatible one) and going to also use shorter screws for the bearing screws so I can use better screws for the ACME pulley. I’m wondering if the Z belt tension was compounding the bearing issue.

I’ll install the new Y endplates and may just reassemble depending on ship times from Inventables. I’ll probably also disassemble and reassemble the Z axis V wheels to make sure I didn’t miss a washer or something.

On a different note, the linear Z axis was delivered today. Maybe I’ll start my plans for an adapter plate and get that swapped out sooner rather than later.