Leaving islands uncut while fill cutting around them?

I am trying to cut a lake shape out of fairly thick solid wood. I have no problems importing my .svg (which I’ve exported from my GIS software) but I have not been able to find a way to completely cut inside the large polygon while leaving the “islands” uncut. I have tried changing order, deleting the shapes (donut holes?) completely both before and after exporting to .svg. and tried selecting only the large element to select “fill”. Am I missing something simple?

As a bonus followup question

, I’d really like to carve some contours (increasing depth) into this lake shape but I’m guessing I will need to explore more advanced software to get that done in one job, as opposed to exporting the various contour polygons and starting a new job for each one (without moving the piece).

Can you share a link to your Easel project? You can select shapes, set them to fill and then set their depth to 0, this should leave them as islands.

As for contours, you are correct, you will need to looking into more advanced software such as MeshCam of Fusion.

@Rusty is right, that’s how you do it in Easel, but it’s important that you bring your island shapes to the foreground (via the “Bring Forward” menu item), otherwise they won’t show up when you set the depth to 0. I always forget to do that part and have to fumble a bit before I remember to do that part.

Thanks for the replies Rusty and PJTX. I knew it had to be something simple and I was overthinking it.

As for the contours, since I am going to start with a fairly simple lake, I have saved out each of the increasing depth contours to their own .svg with the idea that I will carve only those increasing in depth and not moving the workpiece, of course. I suppose the real challenge is getting the scale right (matching it to the first one), and not forgetting to set the carve depth, for each layer. This ought to be interesting. With some trial and errors, I hope to be able to carve some pretty cool 3D contour maps, with a printed version of the topo map already glued to the wood!

Easel has some support for setting depth via grayscale, this might help you with your project…

256 Shades of Grey - How to Calculate Cutting Depth Easel

Any possible mention of the words plunge, depth, speed, thickness, or size are meant to be purely scientific and not any kind of innuendo whatsoever. hear_no_evil see_no_evil speak_no_evil As you've probably seen by now, Easel uses the 256-shade grey scale to represent the depth of a cut. White means no cut at all, and black means cut all the way through. Any shade of grey in between will, more or less, correlate to a particular depth. We can use this to our advantage when working in other g…

Paul a couple of questions for you: What depth contours are you using? 10 Feet? Also, where are you getting your lake maps? I was able to find our like in a vector PDF but whoever designed has tons and tons of junk in there and it took a while to clean up. So far I have all the contours of a specific depth saved in separate layers for step wise machining like you describe.

Our lake goes to 80 feet which means some pretty deep machining if I use 10 foot increments.

For this first test lake (pretty small), I am using all of the contours displayed on the map which are not evenly distributed. I think they are 5,10,15,20,30 and 40. So six different cuts. My real goal is being able to carve any lake with something similar (6 layers) so I will choose a contour interval depending on overall depth.

I am a GIS person so I have access to various sources of bathymetry. For this first test, I was only able to get the static E-TOPO (these are served up on-line for use to use as basemaps for our projects) layer which I then digitized into the appropriate contours. I then created a TIN (triangular irregular network) and then I can create a raster (DEM) which I then can use to evenly space the contours.

For your lake, just use the 10 foot ones since you have them already. I suppose it then depends on your carving bit as to what depth you set for each layer. I plan on using either slab oak or pine that is about 3" thick. Six or seven layers at 1/4" each should be do-able, I think.

Have you considered doing this as separate layers of say 1/2" ply? This way you can just do an outline cut in each sheet plus some reference marks. This would also allow you to colour each layer with a paint wash for example. Then using the reference marks, you can then put it together. E.g. One sheet of ply for each contour.

I’m going to give it a try once I get around to loading in some data to ArcGIS. Or might be a good candidate for an app once Easel is opened up for third party apps. 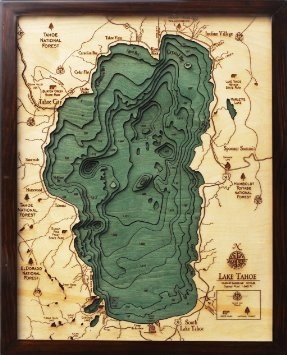 I have done a few (well, 7 now) like that using a scroll saw and 1/4 plywood recently. 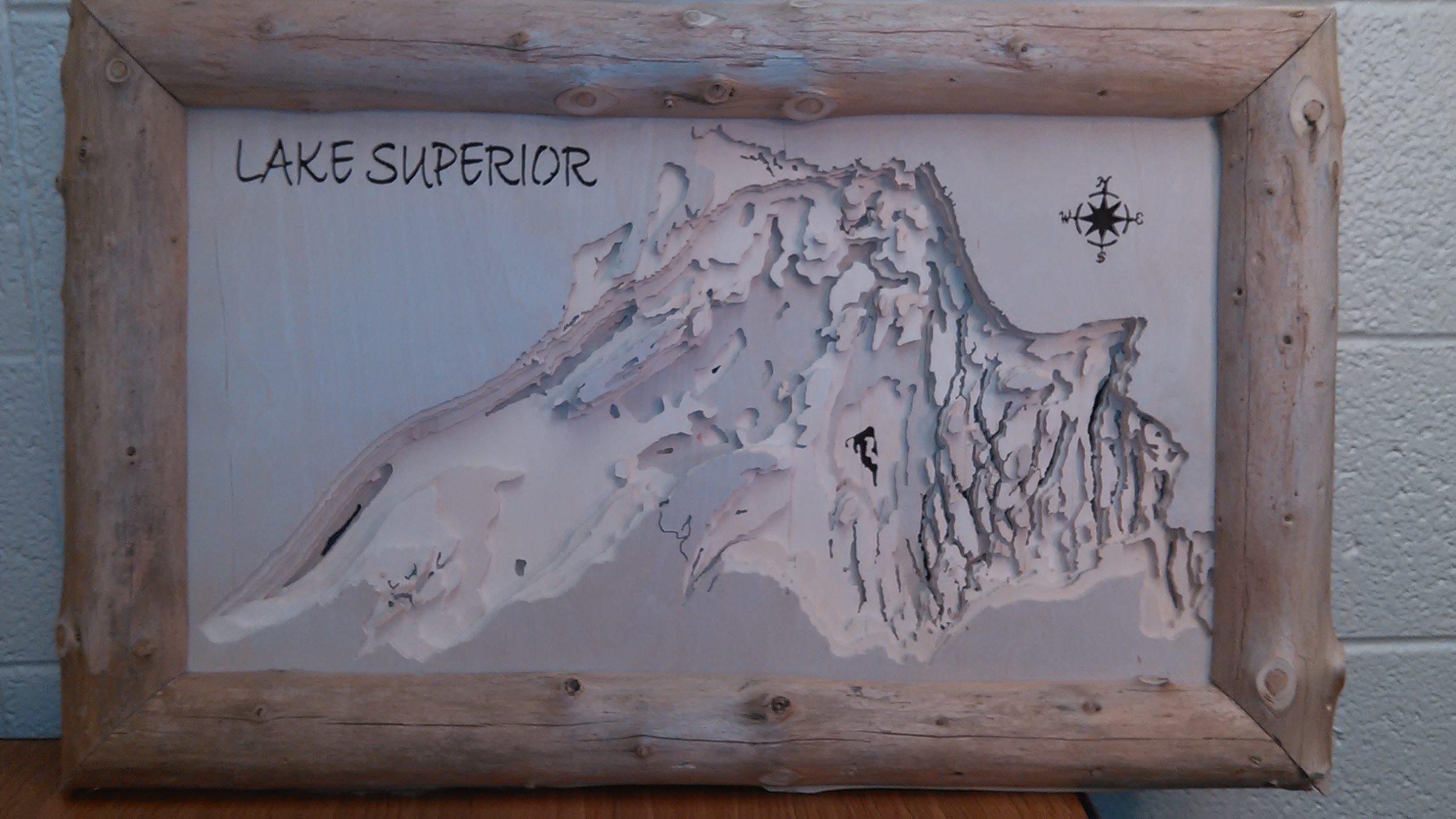