Linear rail for the controller, and other upgrades

Hi, it’s been an age since I posted anything but I finally got around to an upgrade that’s been on my list for some time. The PC and monitor which controls the modified X-Carve had been supported on a re-purposed monitor bracket on the wall at the back of my garage/workshop but it made accessing the cupboard space on the right difficult, and limited access to the boiler below and to the right. I wanted to clean up the space and provide more access, but not restrict use of the XC, so I decided to mount a linear rail in the window, allowing me to slide the controller out of the way when not in use, freeing up access to the cupboard and the boiler.

I had found some lengths of aluminium extrusion in a skip and had some v-wheels left over from prior upgrades so I manufactured a mounting bracket and got to work, piece by piece. The geometry of the window frame wasn’t precise so I decided not to design everything at once, deciding instead to design a component, put it in place, measure, then design the next piece.

Here is what I came up with:

This shows the controller in the ‘rest’ position

This next image shows the controller in the ‘active’ position 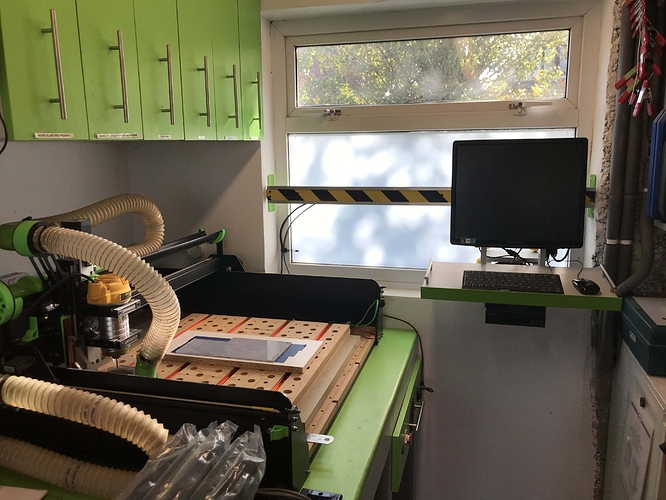 The extrusion was relatively thin and wobbled once all the equipment was hanging off it so I needed to brace the structure against the window itself, but in a way that would allow the smooth movement of the assembly back and forth. Roller skate wheels came in very handy, and worked great: 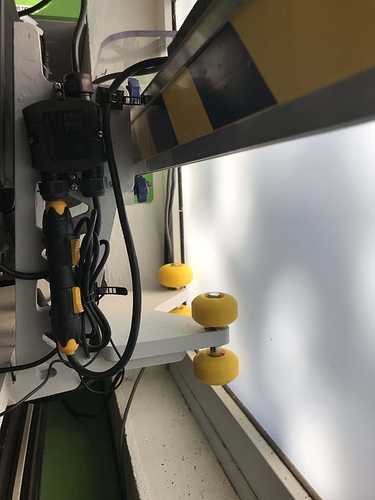 Cable management is a work in progress but for now I’m using a cable carrier for power and USB cables: 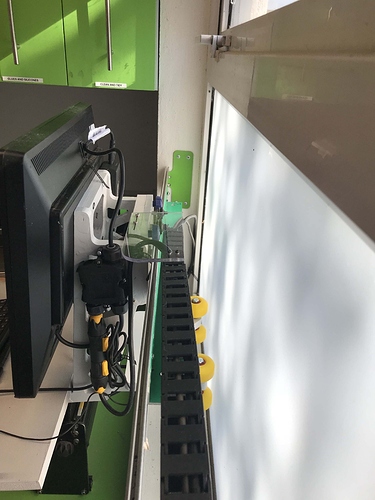 My dust collection is now finished and runs to a dedicated cyclone system under the machine: 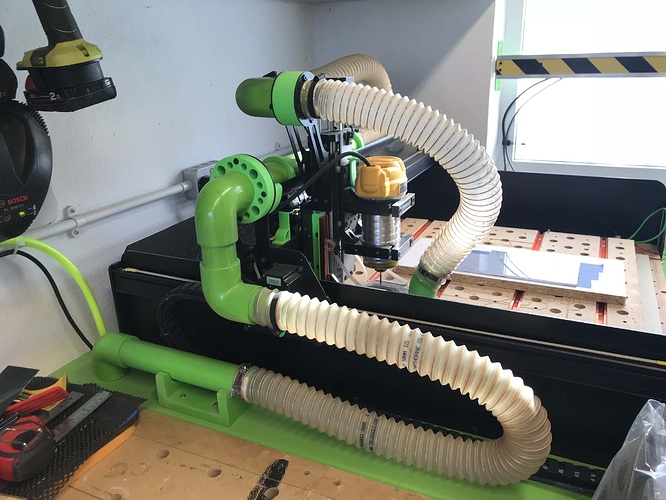 And I finally got around to fitting the hall effect sensors: 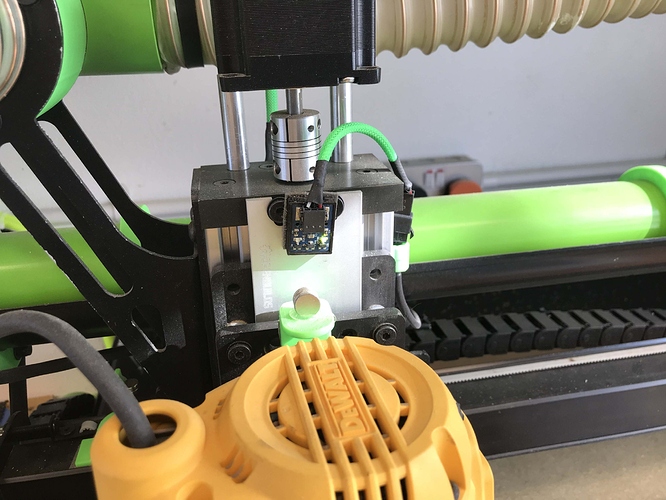 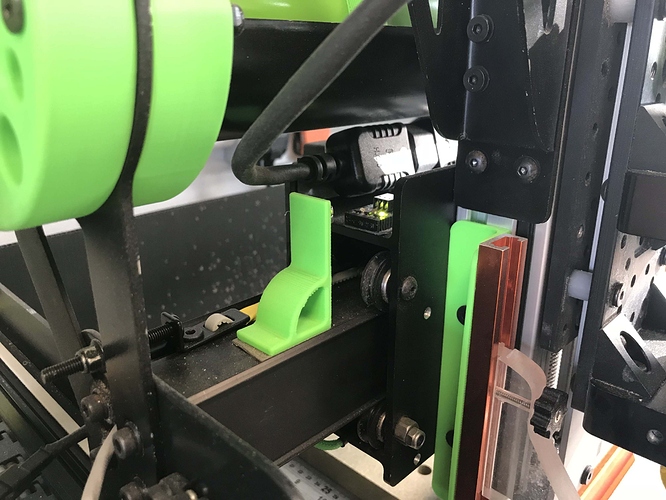 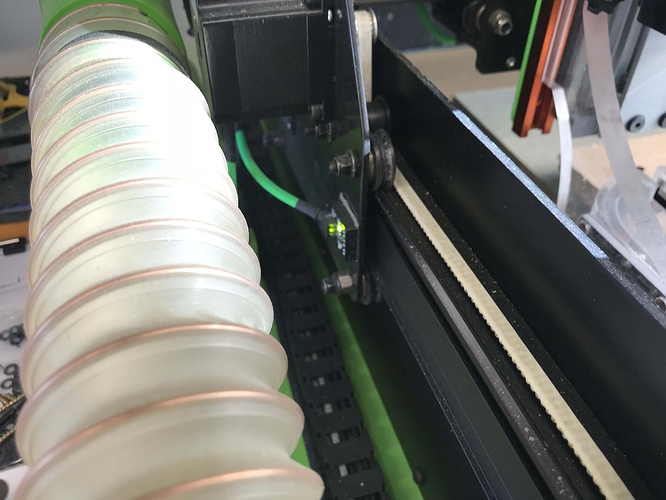 I probably would not have braced against the window pain, but that is just me … I had a super-expensive window shatter in my second bedroom a few years ago just because my wedding ring tapped it when I was trying to get my dogs’ attention while they were out in their fenced in area; glass can be fickle at times.

The dust collection is pretty slick!

I’m told that the window is toughened glass, but that could just have been sales waffle from the firm who fitted it (how would I know), but hopefully the weight spread over the four wheels will reduce the chances of catastrophic collapse. Failure is always an option!

The dust collection is the best modification I’ve made, reducing the overhead space required by some more traditional setups, and has worked really well. I was inspired by a YouTube clip which had the tracked hose on the Y axis. I simply copied the concept and applied it to the X axis as well.

I had built a custom vacuum setup using a Chinese copy of a central vacuum motor rated at 1200w but the blades in the three stage compressor blew apart during the first test run, which explains why it was so much cheaper than an original part. The filter on the exhaust side filled with small shards of aluminium before I could reach the off switch. I’m not put off trying again though, and have a few Dyson motors to try, though they’re not the bypass design I’d been interested in. More filters on the inlet side mean less suction, but it should still work out (I told myself that the first time).

Any information on how the Limit Switches are connected to the, I assume, X-Controller?
I can’t imagine them just being a plug’n’play part :°