I had a house fire in beginning of summer and all my tools in my garage burned up. So instead of taking the insurance money and replacing items I hardly ever used, I decided to put some of it toward an Xcarve as a hobby. Wanted to do some art and craft stuff with my kids and figured the kids would be interested in playing around with the xcarve with me.

I took some tinkering to get everything running, but so far so good. As long as I cut slow and not to deep, it works like a champ. I started off making a sign for a friends reality company. I am using the Dewalt router and it really does a good job. I used oak paneling and filled in the pocket cuts with acrylic casting resin. Turned out great considering it was the first time I tried to make a sign. I used VCarve Pro to lay it out and cut it. 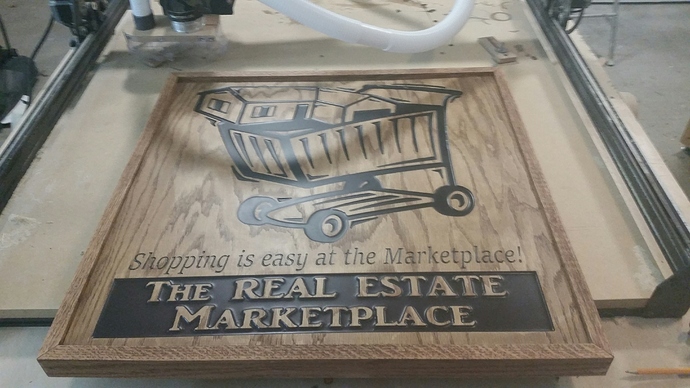 I saw some examples of Lithophanes on the forum and decided to try to make my sister in law a lithophane lantern for her Christmas present. Took a bit of playing around with different materials and cut depths but I could not be happier with it. I put a lithophane of her and her family on each side and did a resin text inlay on each panel. Wound up putting in one of those remote control color led bulbs in it and it looks great. Biggest learning curve with Lithophanes was finding out how deep the xcarve can cut the rouging pass without losing steps. I figured out if I cut the roughing pass in two steps, with a 1/8" ball nose, .030 stepover, and no faster than 50 in/min feed, it will work. Also, I tried a lot of materials, and Candlestone is by far the best. However, I did not try Corian. 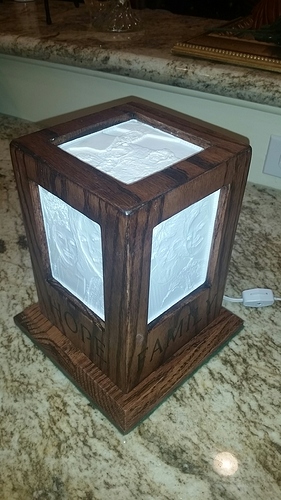 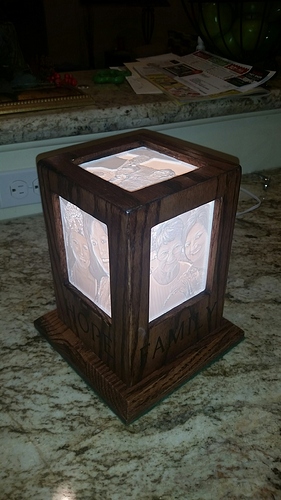 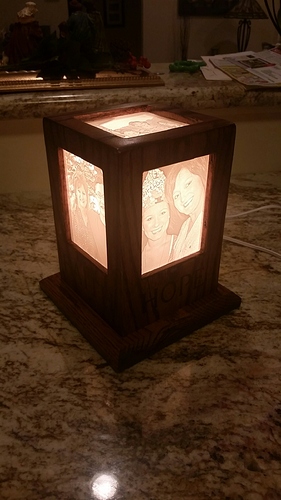 Overall, I am really enjoying the xcarve. As long as you keep it clean, make sure you dont cut to fast, and have a good dust collection method (which I am still working on), it will work well. If I was Inventables, and I was going to create a next generation machine after the xcarve, here is what I would add to it. 1) Stronger motors and more powerful driver board, 2) Allow Mach 3 to work with it. Easel is fine for starting out, but once you figure out all the cool stuff you want to make, I think a little more powerful CAM interface will go a long ways 2) With stronger motors, the rails will need to be beefed up. Also, this forum and members are great. Learned a lot just going through all the posts. Hope to keep finding more projects that I can share.

Lithophanes are great. There is a museum with antique lithophanes made from porcelain. I can’t imagine how hard that would be to figure that out when sculpting.

Nice! What software did you use to create the lithophanes?

I actually started with the hdpe cutting boards from dollar store. The problem is they gum up the bit and cause it to break. and…they just do not give the contrast and resolution that corian or candlestone have. Those just cut so much better because they are cast acrylic.

I used photo v carve to lay out the litophane and then imported those into the vcarve pro.cant imagine how they did that in the old days with porcelain. That was true artistry!

Are you happy with the Photo V Carve software? I have been debating with myself if I should purchase it or not, I downloaded the demo and tried a few of the samples and did not think it was that great. But I did not try to carve a sample lithophane

Photovcarve is good stuff. Powerful for the price. I still use it with Vcarve Pro to run my lithophanes so I have not run any Lithos just with Photovcarve. Lithos can be a bit tricky at first, mainly in trying to figure out the required cut depth for the material thickness you are using. But fortunatlely there are some good tutorials out there on the internet to help out. 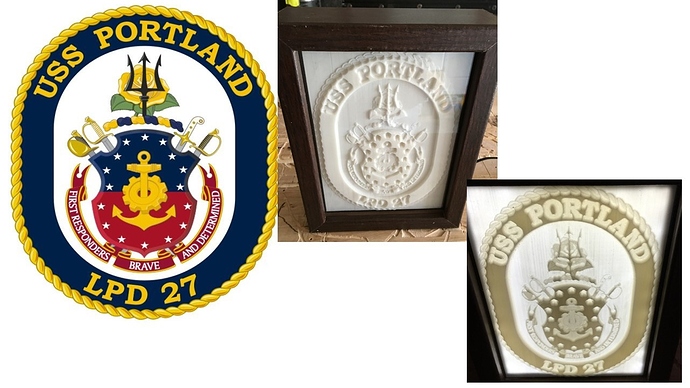 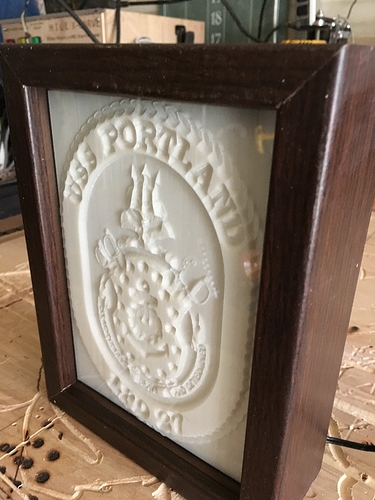 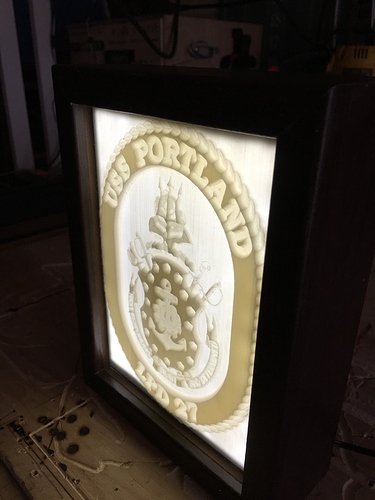 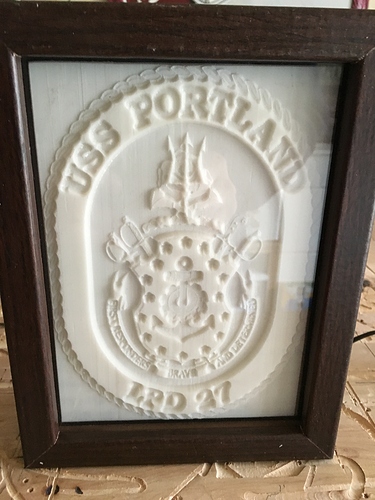 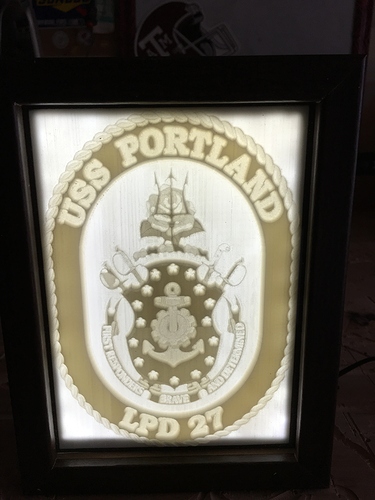 Completed a 11"X14" lithophane cut from a large piece of 0.47" thick corian. The backside cutout took about 2.5 hours with an 8mm bit and easel software. I cut the front with a 20 degree double ended bit using picengrave pro to generate the code (2.75million lines) and picsender software. The front took about 10 hours to cut out. I used 1/4" plexiglass as the light source with small lines of 0.05" dots engraved with my cheap Chinese laser. I had to use two pieces due to the limited size inside the laser. I used basic led strip lights along the edge of the plexi with a power cord soldered to the open end of the lights and a basic on/off switch installed. I use the light diffuser film roll sold by Inventables behind the plexi as well as a basic aluminum foil. To fill the open space of the 11X14 Michaels retail store frame, I use a 1" foam cut to size in all dimensions to ensure the items don’t shift. Total cost was about $60. Total time for the project was about 20 hours. 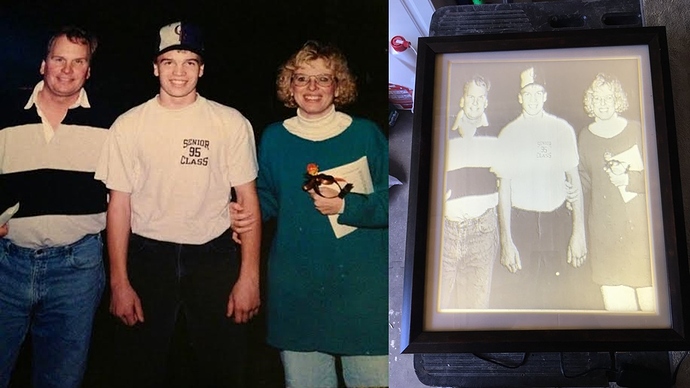 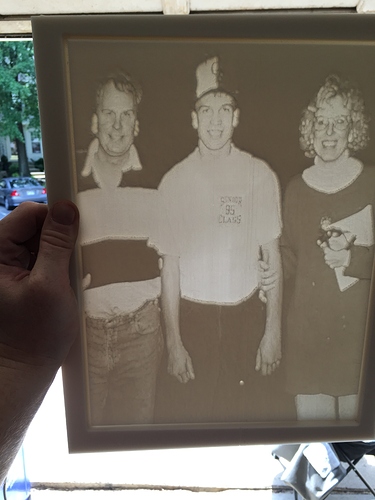 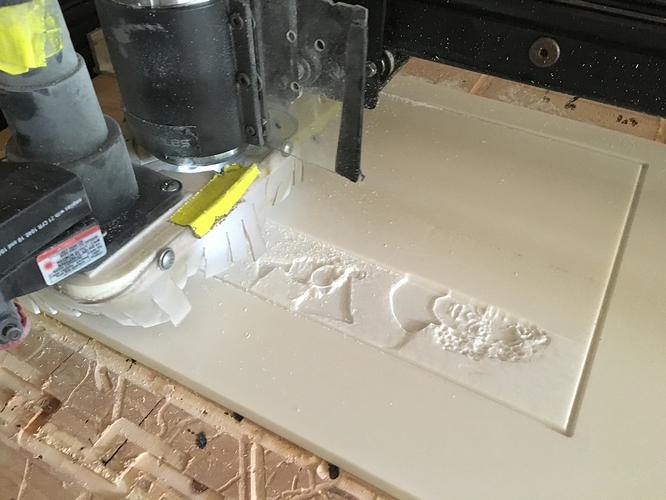 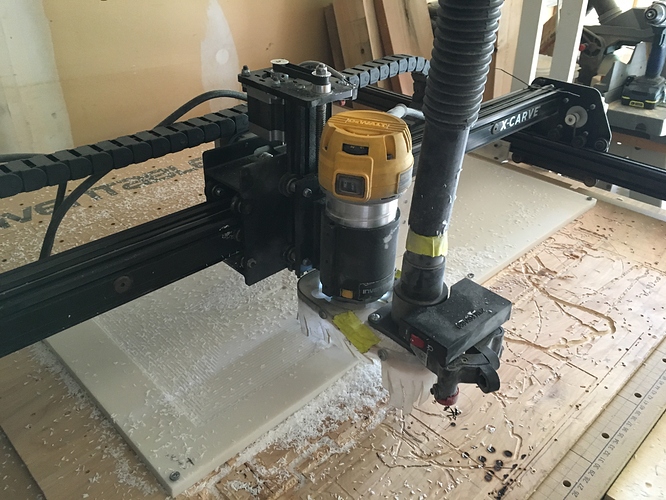 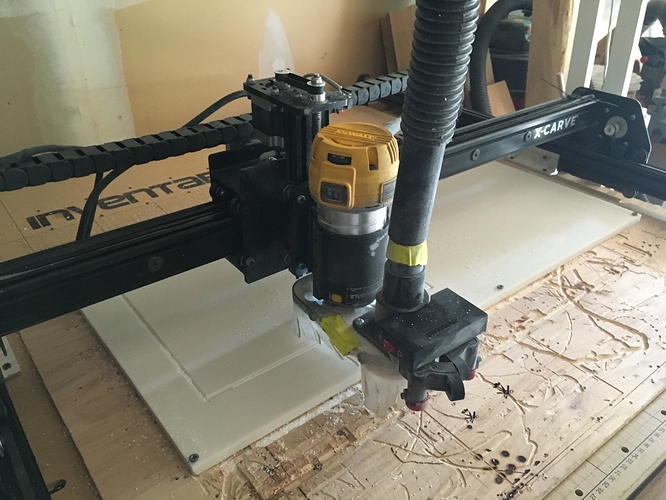 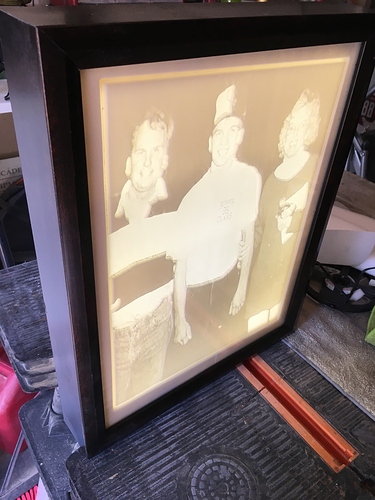 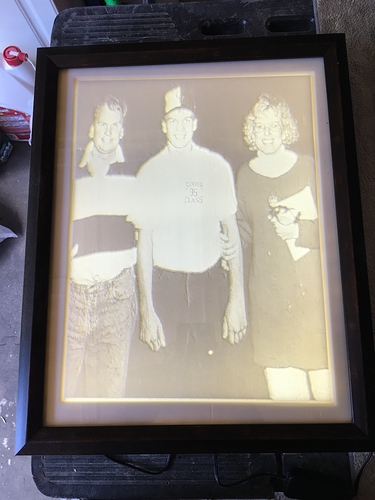 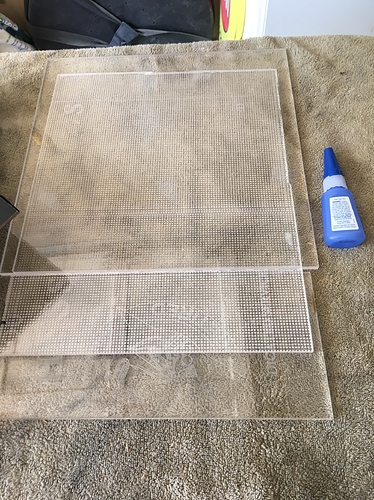 Great Work
I am enjoying my machine too.

For me I am going to start out with this for my dust collection. all you need is a 5gl bucket.
They have others there and one that you can put on any container you want.