Logo design ! I am new like to get some tips how to make make my logo 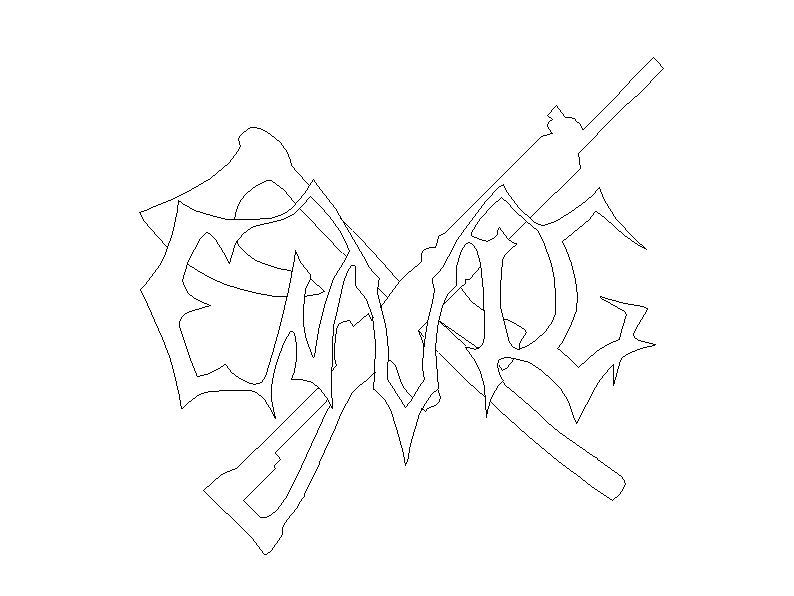 hmmm dont know to start.
Ok the Text (envig) should be top layer then the gun a little lower then the text, and the axe even lower then all 2 of them.
I manage to make this logo so i am happy hihi but try to make it look more special.

How to start and where

should i use 3D or just Vcarve Pro ??

hope some one understand what i mean

What you want is similar to making a stacked text sign in VCarve. I use VCarve Desktop and have done that several times using two layers of text. I haven’t had a reason to do three levels but it sounds like something to try. You end up with result that resembles 3D but is actually 2.5D.

so I have looked at your logo and here are my thoughts they might be blunt lol:

I would use YouTube to find some tutorials, 3 levels of text takes a lot of planning,

in utube just search for “vcarvepro text” there is enough there…

Let me first stress that I do not believe that this is cheating in any way shape or form… BUT, you can put this out to bid on numerous websites and get AMAZING work back. You put in what you are willing to pay (starting at $5 usually) and see who bites. They send you vector art back. Check out fiverr.com.

I’ve done several stacked text signs with two layers, so just for fun, I’ve been playing around with three levels while watching the playoffs. Here’s what I have for it so far: 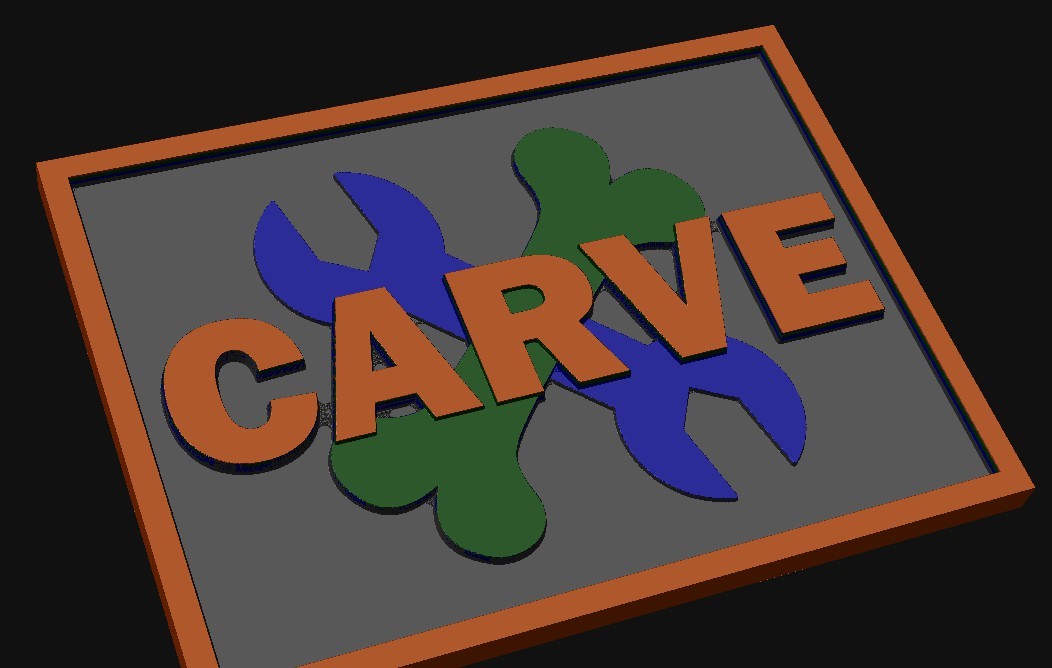 This kind of thing isn’t that hard to do with Easel.

If you have that file as a vector, you can import it as a .svg into Easel.

But, for starters, let’s get your material and machine set up, because that will have a bearing on how deep you can cut.
For this logo, you’ll need a pretty small bit, no bigger than 1/16". You need to measure the distance between where the bit tapers, to its tip. That’s the maximum depth you can cut. I believe the bits inventables sells, or the ones that come in the starter kit, have a cutting depth of about 7.5mm. So we’ll work within that boundary.

Once you have the logo imported into Easel, scale it to the size you want to cut it. The bigger you can make it, the better it will look and the less rounding the bit will do in the corners.

Now, make a box that fits around the logo. Set it to carve 6mm deep.

Next, select the axe, set it to “fill” and set the depth to 4mm.

Then select the gun, set it to “fill” and set its depth to 2mm.

Now select the text, set it to “fill” and set its depth to 0.

Cutting the entire sign with a 1/16" bit will take a long time. Why wouldn’t you use a larger bit for roughing, then a small bit for the detail?

Definately. I would use a half inch bit for roughing, then go to 1/16. Even a quarter will save a couple hours.

I would, but @Travelx said he was a beginner, and doing bit changes is not an easy thing to master.

here is a pic in color hihi want help to much but that is for a Band the like to have that logo on there electric guitar. so need to be all in one. 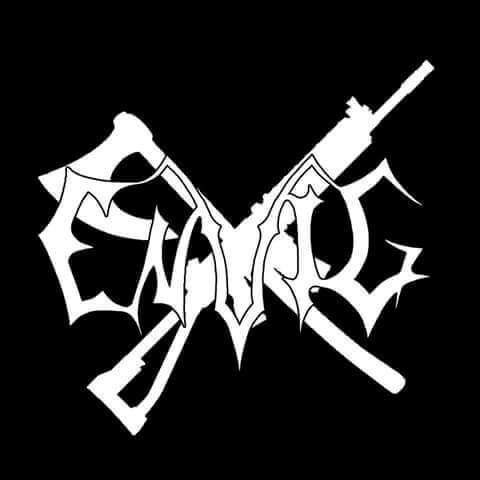 so many good ideas so will try my best to find out what to do.
Thanks

Can you post the individual components; i.e., text, gun and axe? I’ll do what I can to help you.

hmm but but i just toke the pic. and tranfor it in to vetor

so i can give you the whole file if that helps ???

@Travelx: OK, I’ll see what I can do with the jpg file.

I can see ppl are really helpful in here that is nice thanks you all so far.

So let me see if any other swedish ppl are in here i need to get some drill bit where to get good once in sweden or EU ???

Can you post the whole vector file here please? Thanks.

If you do a google search for “death metal bands” all the logos look like this. You may not like it, (I don’t like it myself) but it is a bona-fide aesthetic convention.