Something none standard by the look of it.
My thread gauge says it’s a 1mm pitch and measured across the threads, it’s 16.87. Too big for 16 and too small for 18, both of which should be 1.5mm pitch.
I wasn’t able to measure the cone angle but it’s steeper than an ER collet.

Thanks! Maybe some sort of adapter can be created. I guess I’ll have to wait until mine gets in!

Looking into this a bit more, those measurements make me think that the threads are a M17x1. Does .13mm sound like an alright tolerance?

When I said none standard, I was referring to nuts and bolts rather than something that’s been machined.
An M17 should be a 1.5mm pitch.
Of course if you’re machining your own threads, then you can use whatever diameter/pitch you want.
It would be nice if routers came standard with ER collets though.

When I said none standard, I was referring to nuts and bolts rather than something that’s been machined.An M17 should be a 1.5mm pitch.

Oh OK, I’m just starting to get versed in the metric thread system so I had too look into some details! I did find the a fine thread M17 does have a pitch of 1mm though, so that’s kind of nice!

I’ve done a quick mock up of a adapter, but I think I’ll start a separate thread to start discussing that! I’ll look into get some fabricated and if anyone else has interest and they aren’t crazy expensive, maybe I’ll start selling them!

It sure would. I dream of converting a DWP611…

I think I can make that dream come true, well the guys at precisebits.com can! HERE you go!

Sorry about that, I must have mis-read the precise bit site, I thought it was a conversion kit!

The handy chart I have for metric threads only lists the most common sizes/pitches. A search did turn up the M17 1mm option so perhaps not as none standard as I said.

What sort of adaptor were you thinking of? The precisesbits link doesn’t show support for Makita at all.

What sort of adaptor were you thinking of? The precisesbits link doesn’t show support for Makita at all.

Precisebits don’t carry anything for the Makita, I had also emailed them at one point and they had mentioned that there were no plans to develop anything yet.

I’ve moved the discussion of the Makita conversion to HERE.

So, I found that the Makita could use an airflow diverter like the DeWalt. Anyone do this already?

Easier to make that than enclosing the whole unit.

I think I’ve seen one or two on here somewhere. Does the 3D printed spacer incorporate a diverter? I kind of looks like it.

The 3d printed spacer does include an air diverter. 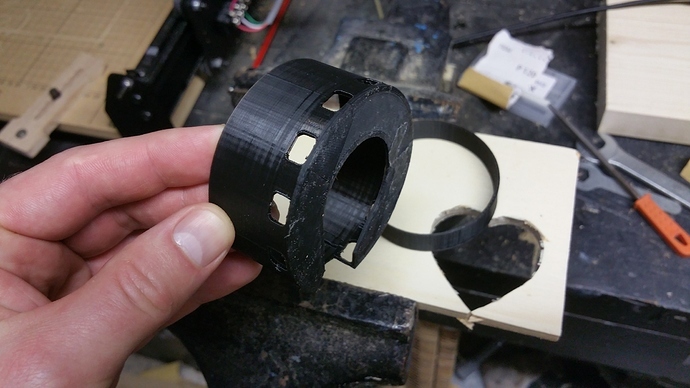 I’m trying a version for just the diverter portion… 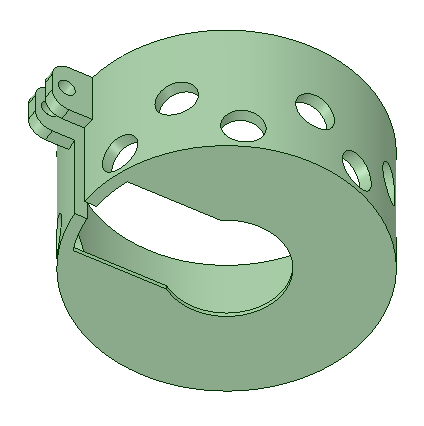 I am wondering if I should cut off the air diverter portion of the bottom spacer for the Makita.
Putting together a new dust shoe and from I read the downwards airflow is useful for keeping the cuts clean.

If you plan to have closed dust shoe for your spindle, keeping downwards airflow helps to clean cuts and generates good air circulation in the dust shoe chamber in my opinion.

I’m buying the makita as it looks like the best option in europe. What should I also buy to make it work with x-crave? I also saw that it has a different collar. What does that mean?

Did you mean collet? It comes standard with a 6.35mm (1/4") collet, Makita don’t offer a 1/16" collet but there are available from other sources.
The router has a 65mm diameter body and Inventables don’t sell a mount of that size, next size up is 68mm (I think)

in europe the makita comes with a 6mm and 8mm collet, i never measured the runout. but for pcb milling it could be questionable.

i mounted my makita router in the dewalt spindleholder, i used a 70mm plumbing pipe with a wallthickness of 1,5mm. To make it fit, took out a strip of material and wrapped it around the spindle.