I have been toying with these for a while and thought I’d post it. I’ve been pretty successful in making both acrylic edge-lit displays as well as half-tone pieces so I decided to mix the two together. These are half-tone images either using varying sized holes or waving lines. Kind of a nice effect: 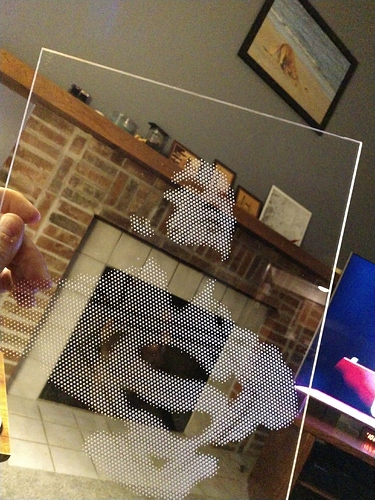 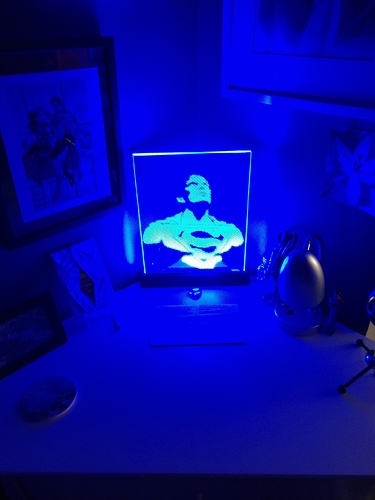 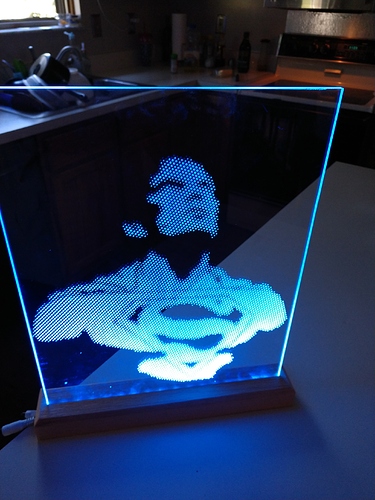 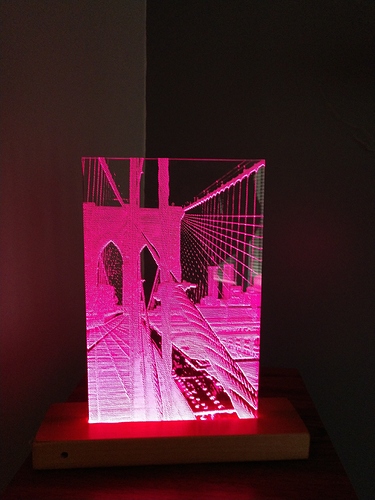 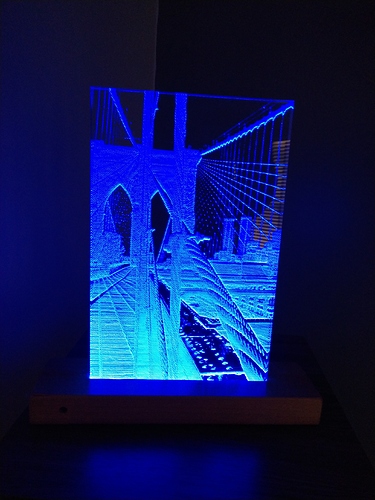 that is pretty cool. You could also do a cross section and stack them for a holographic effect which would be pretty cool.

Yea i was thinking about that. I have some ideas… we’ll see