On the Z-Axis step, the orientation of the Makerslide moves around in the pictures. And since I already got bit by the pictures being misleading once, I don’t want to do it again.

The first picture, with the instruction “the correct orientation” shows the single groove side with the groove in one position. 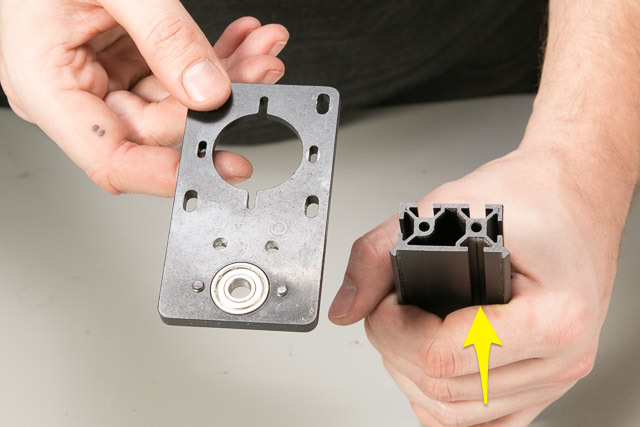 And then on the completed step, the groove is now on the other side. It isn’t possible to rotate from the “correct orientation” picture to end up with the groove as shown here: 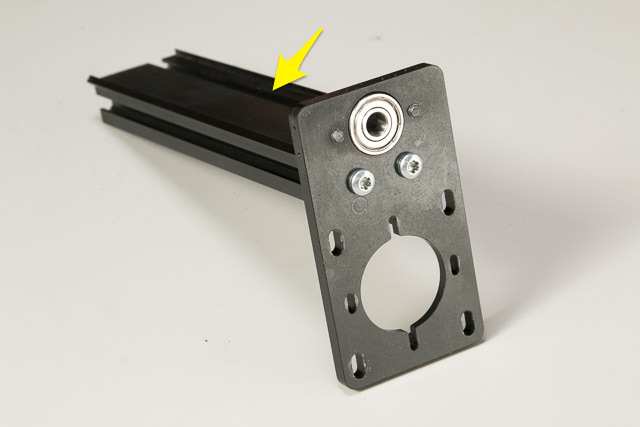 I’d like to make sure I orient the maker slide correctly before screwing it to the plate.

Maybe the orientation doesn’t matter for the Z-Axis?

The bottom (assembled) picture is correct. You can see on the X-Carve product page when facing the machine the slot is on your left.

Please note the side with two slots needs to face the back of the machine to attach to the gantry with the t nuts.

Actually this step is catching me right now, too. The two pics @baldengineer linked show the single slot on the ‘backside’ of the Z axis rail to the left or right, if the user is holding the slide vertically with the 2-slots facing them and the bearing plate on top. Images 15-17 in the Z-axis instruction (that show the final assembly) show the single slot to the left (if you are facing the 2-slot side).

I assembled as per the 2nd image @baldengineer linked (7 of 17 in the instructions) which will be reversed. But if nothing uses the single slot (including limit switch bolts???) it won’t matter. Scanning ahead thru the instructions to try and find out.

EDIT: OK, near as I can see that single slot on the Z axis is not used, the big block that fits on the Z-axis leadscrew (delrin nut seems like a rather poor description?) doesn’t really attach so the ‘up/down’ orientation of the Z makerslide is unimportant so long as the 2-slot side is facing the carriage to be installed correctly. Hope I’m right.