Oh wow! That’s significant! I will look into the Dewalt. Thanks all for the input!

I would also suggest to get the dewalt but I would really look for a router that has a .5" collet this will give you alot more options when it comes to bits

yeah that would be nice i really think the dewalt could fit a .375" bit if someone made a collet for it but really dewalt sales the DW616 and this router has a much greater rpm range for what we do plus has a .5" collet and really its not a whole lot bigger or even heavier I really need to make some mounts for this router and fit it to the x-carve

you could get this lol its coming with my new machine 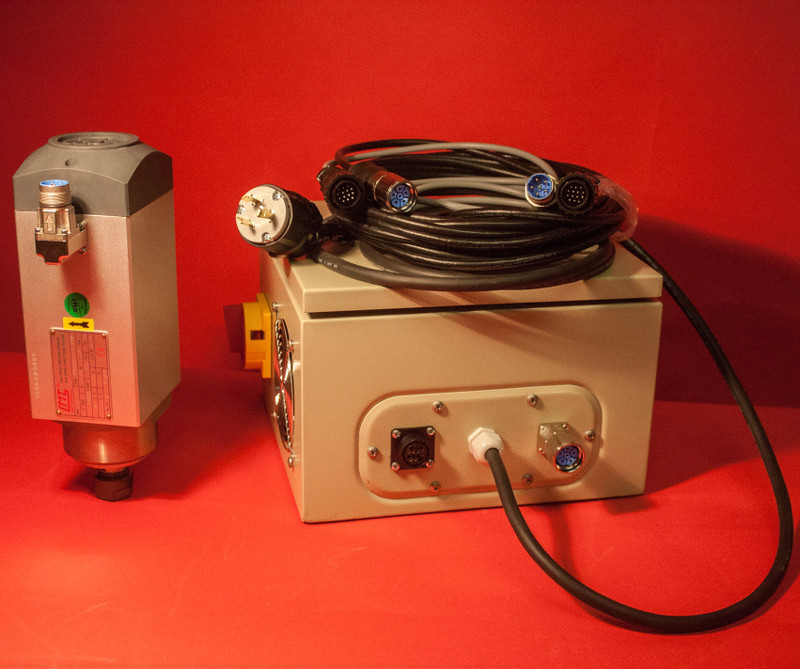 No speed adjustment might be a good thing!!! Then one could use a spindle speed controller such as the Harbor Freight Router Speed Controller, that’s if it does not have soft start feature, which i don’t see listed. This would be similar to my setup. I removed all of the electronics from my 611 and just hard wired it to the speed controller. Might be something worth looking into.

Here are a few weight figures.

Thank you to @sketch42 for weighing his Makita. 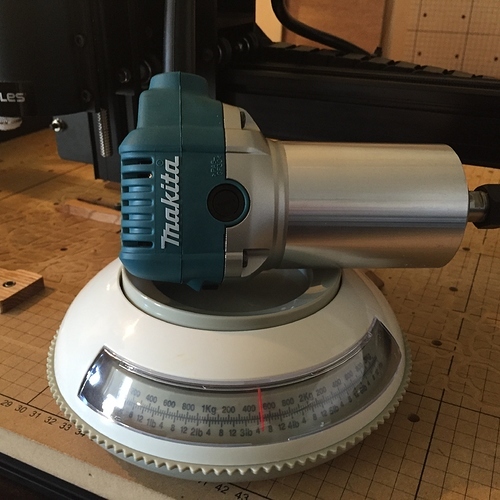 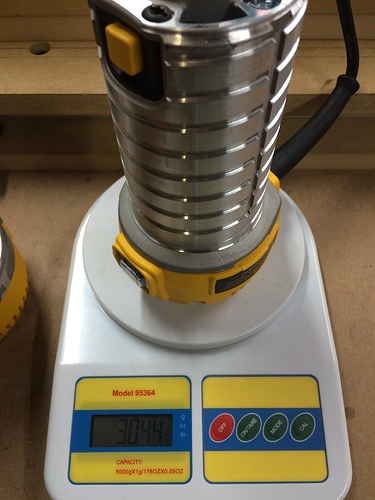 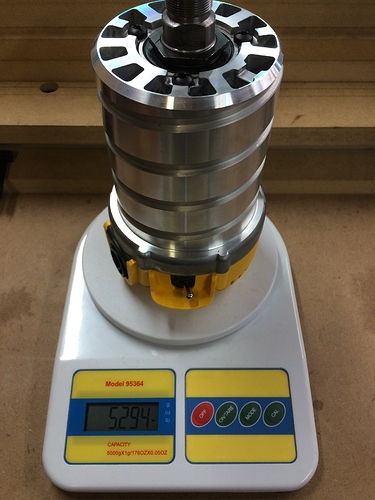 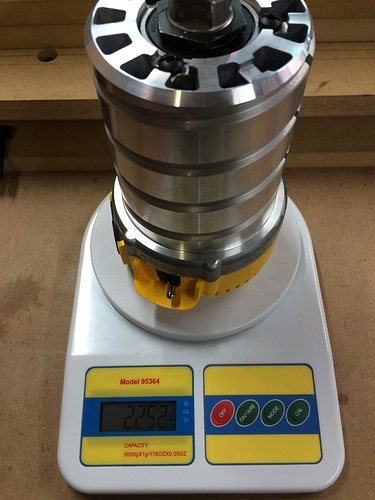 Edit: I failed to mention that the Makita was weighed With its Collet and Collet Nut. Where as Both Dewalts had the collet and collet nut removed while weighing. This will accomadate for a slight amount of differences in weight between the two.

I’m on a mission to make bit changes easier, and I’m thinking that with a 0.5" router like the 616 or 618 I could then use a MuscleChuck - I love that thing.

Which Tormach product? Is this the whole machine, or just a spindle that could be used \ the XC…?

Ah, ok. Yeah, I’m just getting frustrated w\ the spindle lock & single wrench 611 change method, so much so that I just do my roughing with a smaller bit so I can avoid a change and changing machine position.

While I am not interested in some auto-bit change, I am definitely interested in a possible quick-change collet like the MuscleChuck, it works great on my router lift and DW618, just nothing out there in the 1/4" collet space so I’m wondering if I can just upgrade the XC to a 616 or 618 to leverage the quick change chuck…

If you can handle a 7 pound router I really like the Bosch 1617EVS, it is very powerfull (2.25hp) and uses a two wrench collet that can accept up to 1/2 inch shanks.

@AllenMassey is there a mount out there for the Bosch1617 already? I could 3d print something as well, but for a 7# router I’d prefer a mount made from something other than plastic…

You really need a 3.5 inch diameter aluminum mount. Like this http://www.veloxcnc.com/proddetail.asp?prod=RM-BOSCH-1617EVS

To use that one you would need to make an adapter to fit it to the Z carriage.

Looks like a good option, pretty sure adapting that mount to the carriage would be the easy part … I have a CNC machine after all

In fact, their site has the drawings, and I have aluminum, I could just make my own …

I use the 1/2 inch hole to mount a cross hair laser point for edge alignment.

Yep, now my creative juices are flowing, in addition to a laser pointer, I’m thinking widening it just enough to provide holes for the JTech laser mount, or a depth gauge \ drag knife.

Just be sure your X axis can handle the additional mass