Moving an axis to calibrate

I realize I need to do a much better calibration of the stepper-motor steps. So I am a bit confused about how to move the x-axis a precise amount (I know how to do this in g-code just not with x-carve). So On my Tormach I could just go into the MDI and type something like G0 X9 to rapid from the current location (let’s assume I am on zero) to +9 on the x-axis. I do this all the time. But when I go into that little console line in the machine inspector it says “OK” so presumably the GRBL shield accepted it, but nothing happens to actually move.

So can someone explain how to do the precision move of a known distance (I have a 600mm steel machinist ruler to test against) to get the steps? All the tutorials just hand-wave with "and then move the known distance - I’m assuming we aren’t just using the jog function in easel?)

Ah thanks. Any idea why the controller isn’t accepting a standard G0 rapid from that console. It’s clearly getting it (since it answered “OK”?) 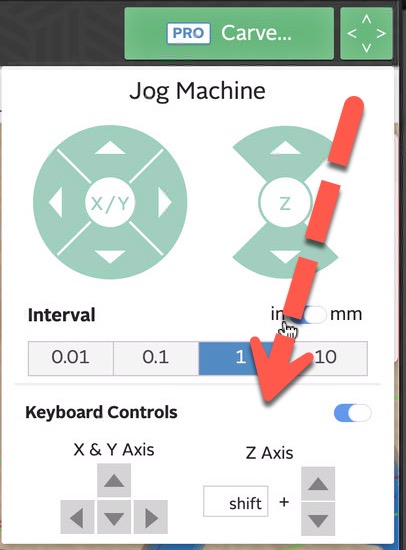 What, exactly, are you sending?

Sorry that is under the carve button where it says custom.

Sorry that is under the carve button

Thank you! That was the critical fact. Axes are now calibrated…