My First ever Carve!

First of all a huge thank you to everyone on this forum! It has been a valuable resource for me and I have learnt allot along the way! I got my replacement belt in the mail yesterday and finished building the Xcarve. Today I headed to my local hardware store in hopes to find some sort of bit to use for my first carve. The only bit I was able to find was a 1/4 inch up spiral bit, I will be ordering some properly sized bits hopefully soon. Anyways I also picked up a laminated Pine Board to do some test carves. Once I tossed the board on I realized damn I need clamps! So I decided that my first carve would be clamps. I searched the great forum database and found a thread someone posted that was able to grab the files and import them to easel. I had actually watched the guys youtube video before. The link to that thread is here If anyone is interested.

So I booted up easel imported the file and nervously clicked on carve. When’t through all of the settings and was ready to go! The carve I should of took track but I would say it was about 2 hours. I didn’t see pine on there So I just went with soft maple. I was nervous at first because I couldn’t make out what the heck the pattern was, but once it was about 20 minutes in I could start to make out the shape. Once it was finished it’s carve,I grabed my exacto knife and cut out the leftover wood (BTW The Z-Probe is amazing! I was super worried about cutting through my wasteboard! It was super easy to use and was super accurate! There was just a hair width of wood until it would of met my wasteboard. I poped the piece out and spent 2-3 minutes sanding all the fuzzies out and bam an almost finished piece. I am sure right now you are wondering where the hell is the sloted holes. Well I didn’t have the proper sized bit, so since I was stuck with a 1/4 inch It didn’t cut the holes. I figure it won’t be a problem, I will just cut the slots by hand. (DOES ANYONE KNOW HOW I COULD POSSIBLY PRINT OUT A TO SCALE TEMPLATE SO I COULD TRACE THE SLOTS?)

Anyways guys I am open to harsh criticism as long as it is educational. Let me know if I did something wrong, if I could do something different and what you think of my first cut. I can’t wait to experiment with more ideas! Here are some pictures. 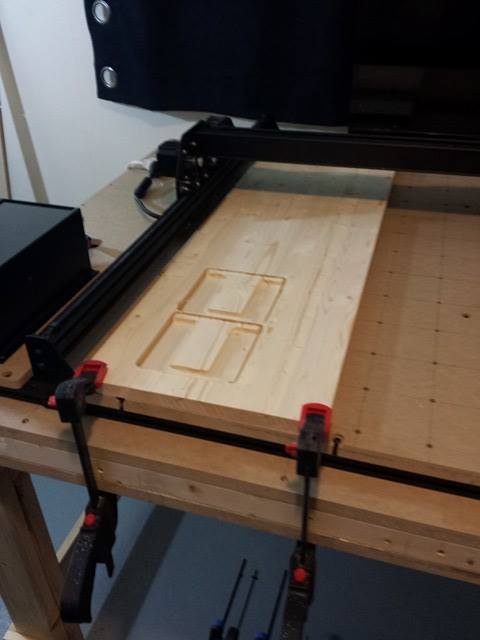 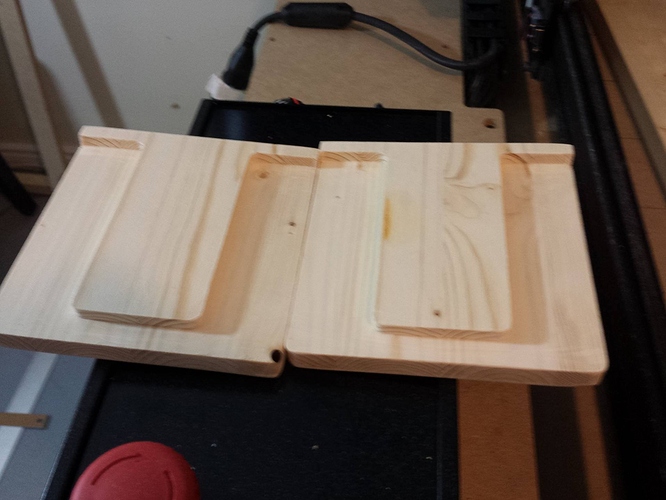 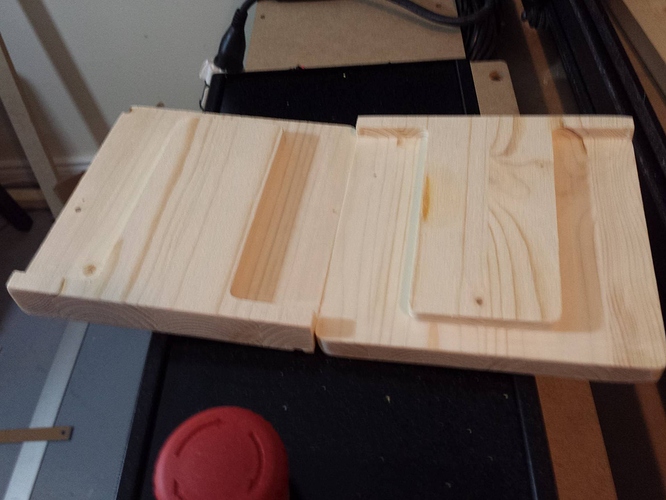 Have fun with it. Be prepared to learn lots. I learn at least one new thing a day with this tool (and usually more than one) and probably will for the next 20 years… 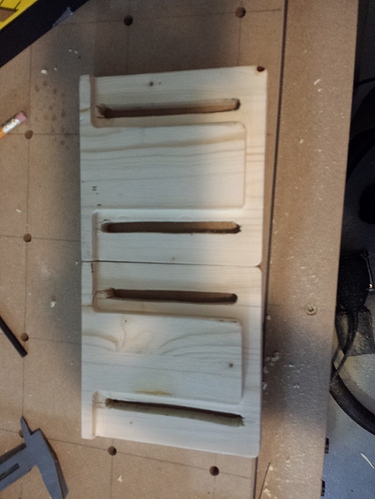 The holes aren’t perfect but they wI’ll work for my very first clamps!

I made those clamps too (four of them) and they work great. I had an old 50 grit belt from a sander that I cut up and used spray adhesive to fasten to the ends for superior grip.

I only had access to a 1/4inch bit, so it didn’t make the slots. I am still waiting on my new set of drill bits 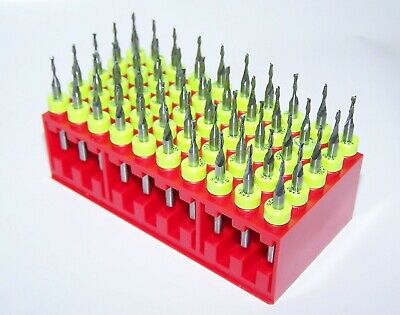 Find many great new & used options and get the best deals for 50 PIECE MICRO MACHINING KIT - CARBIDE 1/16" END MILLS (.0625" diameter) at the best online prices at eBay! Free shipping for many products!

Also maybe you could give me your opinion on this bit set? is it a good set to buy for my first set?

Great Idea! I’ll see if I can find those on ebay!

I am not to sure, All I know is that once I switched my bit size to 1/4inch it removed the slots.

is the file I used, once I change bit size it goes red. I’m not to sure how to resolve it other than using a smaller bit.

I used my calipers to measure the bit, and got .241 looks like it will cut the slot but for some reason is showing red on the 1 side… 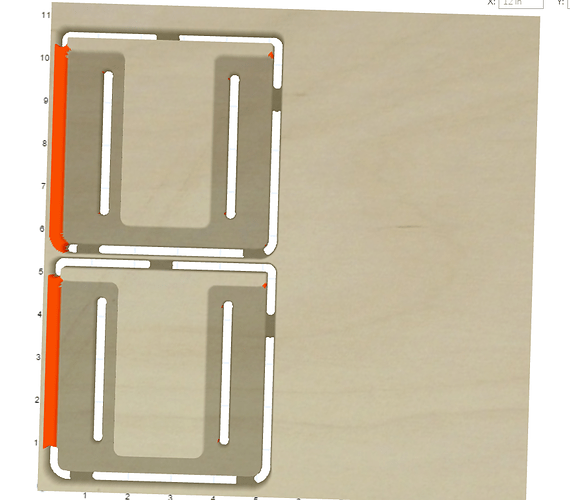 Also thank you for the video! I did learn a thing or two! I appreciate it!