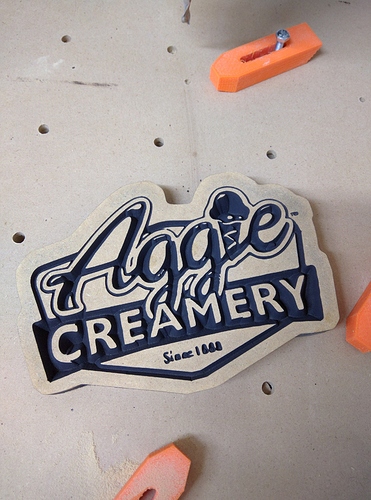 I’m still a noob… but i think it turned out nice. I used to think my 3D printer was fun to watch, but i can watch those gracefull final passes when its v-carving for hours

Came out nice! How did you paint it?

I just spray painted it black then sanded the top… Its only a test piece of 3/4" MDF. I have not been brave enough to crack into my good wood pile 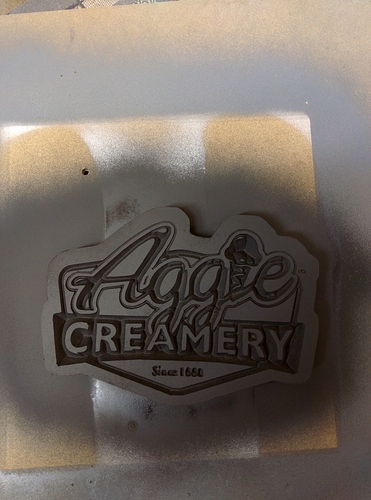 Likes like you may have to tweak your pots, there are some steps in your v ramps.

Likes like you may have to tweak your pots, there are some steps in your v ramps.

Where are the ‘steps’ you are seeing? I just want to make sure i understand what i need to fix…

Gotcha… I’ll go back and check. I think it may be in the original image though… It was a small bitmap i converted to svg, and in truth i didn’t spend much time on how it looked

So Aggie, Texas A&M by anychance?

One of the ‘other’ smaller Aggies… Utah State University.

My daughter spent a few weeks up at USU for a summer youth camp… All she ate was ‘Aggie Ice Cream’ so i thought it would make a good sign for her room.

I went there once on a recruiting trip - very good ice cream.

Football, Basketball… other? You or a kid?

I only ask because my oldest also did an ‘official’ to USU for football. I never got any Ice Cream though

Hah, actually recruiting math majors as interns for my company. A bit different. And I had to pay for my own ice cream.