Last week I shared my first project - a Round Tuit. Well, today I did a test carve of my next one - a BBQ sign for a friend of mine. 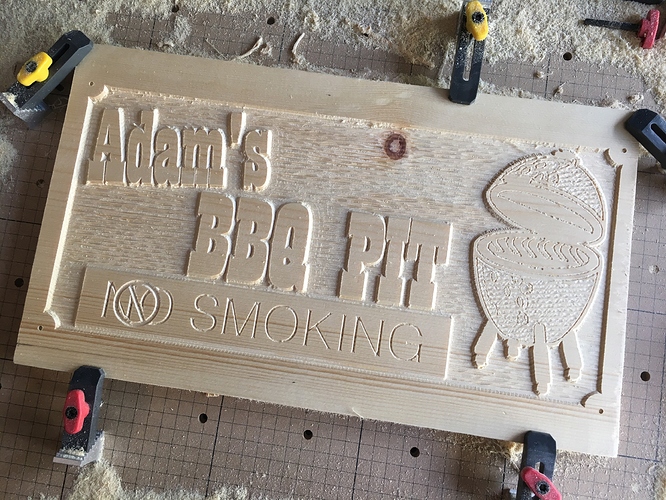 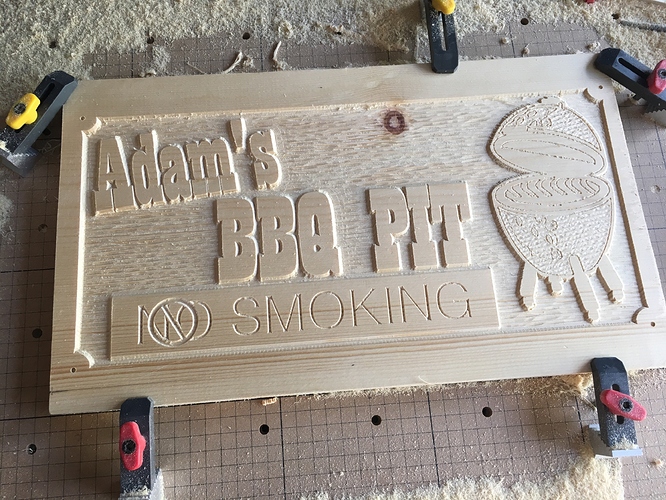 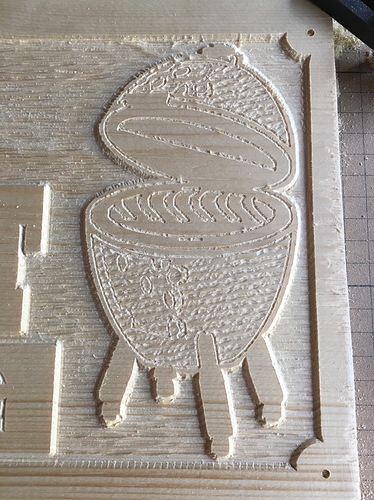 I, in my novice ways, am quite happy with it. I did realize a few changes and adjustments I need to make and will do those before making my “gold” carve.

Designed in VCarve, generated 4 tool paths which I imported into Easel, and carved from there. Had one instance where, on the 3rd file, about 20% in, it stopped carving and Easel showed Done. I rehomed the bit and did again with no subsequent issues.

And something I forgot to mention earlier…for those of you who are not familiar with BBQing, smoking meat is a common-place. Since smoking is associated with BBQ we decided to do a no to the no in a no-smoking sign. Whut? The circle with the cross through is placed over the ‘no’, saying “no” to the “no” effectively saying smoking is allowed.

The grill looking thing is an expensive grill called a Green Egg. They are pricey but those who have them love them. 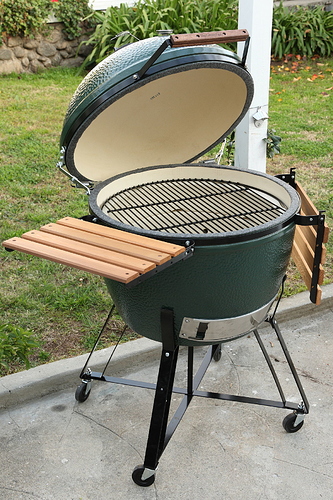 Try a steak cooked on one, it’s great

Cool nice Job!! hey just one little critique (since you are carving another one). I like your no to the no idea but it is a bit hard to read if you did something like this, might come across a bit better. just an idea?

You and I are on the same wavelength. To be honest, I am not happy with that portion of the sign. When designing it I was struggling with exactly the point you are making. I figured to achieve what you are suggesting then there needs to be a bigger difference in size between the letters and the circle. I really didn’t want the letters any smaller than they are (easier reading from a distance and too much white space around them) and making the circle larger would begin to encroach on items outside of the No Smoking panel.

Here is the final carve. 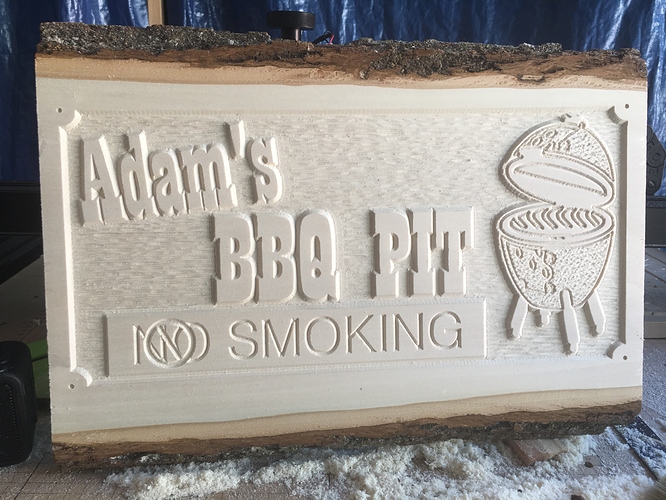 It is on basswood that I picked up at Hobby Lobby. As careful as I was I still failed to get it centered - it is about 1/8" too high. I believe that was due to me just not marking correctly.

I decided not to attempt a redesign on the no-no thing. Adam, the friend I am making this for, likes it as-is so…

Woodcraft also sells basswood blanks with the natural edges…I have a few on-hand.

I liked that blank from when I first saw it. Thing is, they don’t give it to you. That size was, I believe, $12.99. I would have used their 40% coupons but one was not available at the time I bought it.