My very first attempt at working with Corian 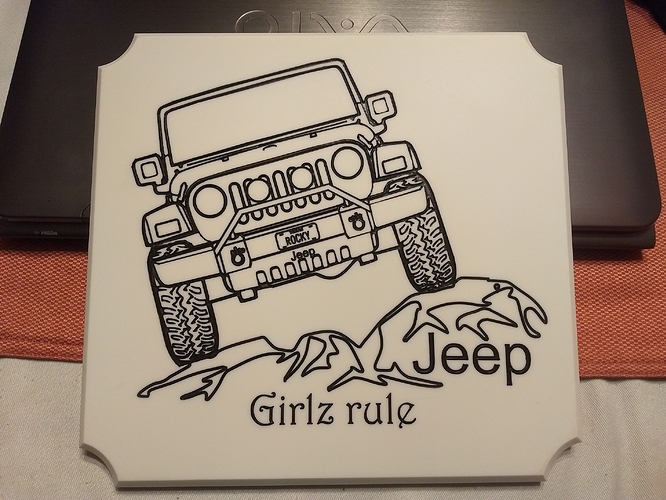 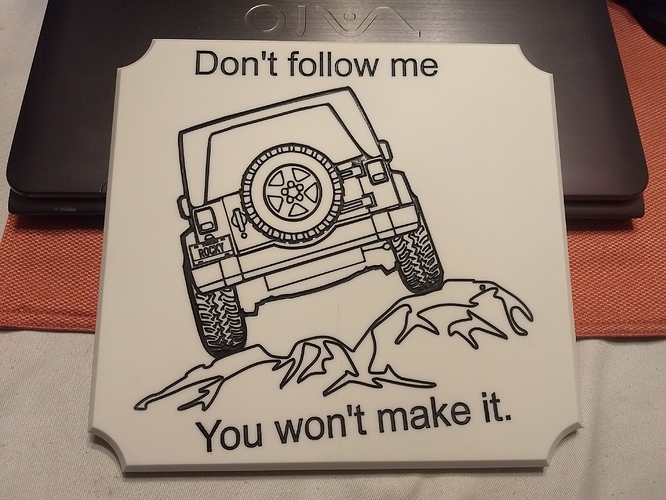 Nice. Did you inlay with epoxy?

Its V carved, then painted with black paint, then sanded.
Corian cuts beautifully.

Looks awesome, where did you get the Corian and what’s its thickness?

Its 1/2 inch thick and a leftover form when I did a kitchen remodel years ago.
Its one of those things where I just could bring myself to throw away the scrap.

hahaha we all those a pile of those! I really like the carve on it. I was planning on doing some planter box sign and this would be perfect. I will check my Lowes to see if they have this material and how much it would cost! thanks

you might even ask them if they have any scrap that they want to get rid of.

That looks amazing, I would like to use that material but I don’t know what corian is

Corian is a brand of solid surface material created by DuPont. Its primary use is as a countertop/benchtop surface, though it has many other applications. It is composed of acrylic polymer and alumina trihydrate, a material derived from bauxite ore.

You would thing so, but its not.
A couple of other people on here have been working with it a lot longer that I have.
It cuts like butter and holds intricate detail exceptionally well.
I have had NO breakouts of fine detail.
I look forward to doing some more projects with it.

It looks pretty awesome, like to try it out. Will look for it here . B.t.w your Dutch right ?

I’ve had some success finding it (or the very similar LG Hi-Macs material) at my local Habitat For Humanity ReStore.

Look on E-bay. That’s where I get mine. They’re sink cutouts.

Where did you get the image?

I found the basic image on the web, then modified it.

just an FYI I have found reasonably priced partial sheet and pieces of Corian and other solid surface materials at solidsurface.com

Thank you for the information.
I will look into it.