My X-carve assembly log and questions along the way

Here is my assembly log for my new x-carve.
I ordered it a couple of weeks ago so i expect the package(s) to arrive here in Sweden within 3 to 4 weeks.

I ordered the 1000mm x 1000mm with nema23 stepper motors, but without power supply and spindle.

And ordered this spindle and power supply from China instead: http://www.ebay.de/itm/600W-CNC-High-speed-Spindle-Motor-With-Mount-Bracket-Power-Supply-DC24V-110VDC-/321790736913?pt=LH_DefaultDomain_77&hash=item4aec38fa11

I dont know if i need an other power supply for the nema 23 stepper motors yet. But I have a couple of weeks to try out easel and figure out such things…

By the way the package from china arrived today

Everything looks like in the link ^^ so no need for photo.

Welcome to the group.

Two things you should investigate before starting your build.

Lots of good people on this forum to help you out.

A few folks have been asking about the style of spindle you went with. It would be great if you could do a few posts about your spindle once you have your system up and running. That style of spindle is one which I am not aware of too many folks (if any I am aware of) having and more info about it would be great so others could make an informed choice. I run a 48V 400W DC on my shapeoko 2 and a .8KW water cooled VFD spindle on my X Carve. I look forward to hearing more about your system and spindle as I am sure the folks at inventables will also look forward to hearing about this spindle on the X Carve also.

I have that spindle with a 110 volt DC power supply. I moved on to a router. It was vastly superior to the 24 volts stock spindle but still had the Chinese spindle problems with chatter under load, collet stickout way too long and it is essentially a DC motor with a collet attachment - not a real spindle.

It is a great upgrade for anyone accustomed to the 24 or 48 volts spindles in that it has more mass and more torque. I just don’t have the time to rough mill wood at .05" per min so i moved on.

I will sell it and the 110v supply for $100 if you are interested in experimenting. I also have the mount and a custom, 6 wheel carriage i would throw in (sans v-wheels of course).

It’s not a VFD, it’s DC, so you can use a PWM speed controller. I got both from Amazon. The speed controller is now in my son’s Power Wheels ATV so he has an actual accelerator now… and a reverse gear. 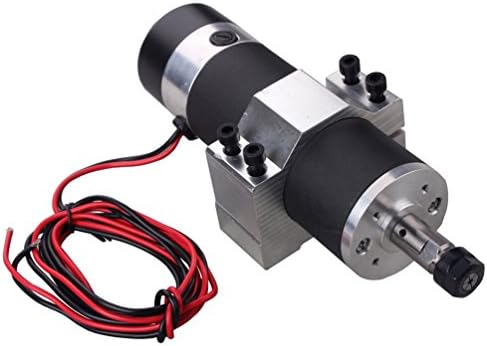 I saw my mistake just now. I have been on a VFD post most of the day and did not notice I had moved over to this one here. I removed my post as I see my error now. I would not expect the spindle to work well at a DOC of .5" with that low of power. It really is not much more powerful than a 400W spindle and I would not try that deep of a DOC with it either. Again I am sorry I mistook which post I was looking at between mill runs. I was trying to understand how a .8KW VFD was having the issues you were speaking about if bought for a good retailer. But now I see I had the posts mixed up. Sorry for my error.

I recently recieved email that they had shipped the machine so now its only a matter of days till it arrive if no trouble in customs. I ordered limit switches but am not sure what you mean? I found a few threads about upgrade to shielded wire for the switches. Is that it? Has anyone tried wireless limit switches?

Picked up shielded wire at the neighbour town today 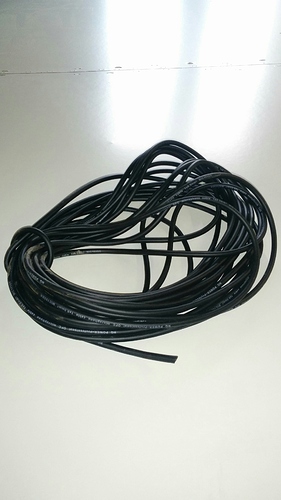 I have now recieved enough parts to start the build. 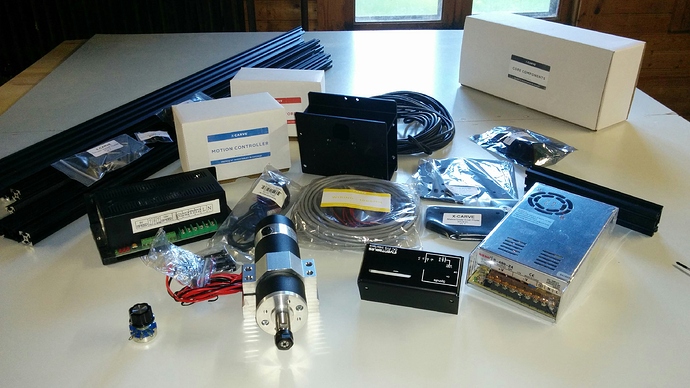 Not sure what to do with this though: 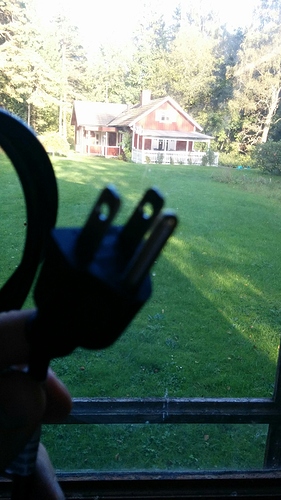 Yah. That plug looks alien. Wonder how long extension cord to reach across the Atlantic and on to Sweden. 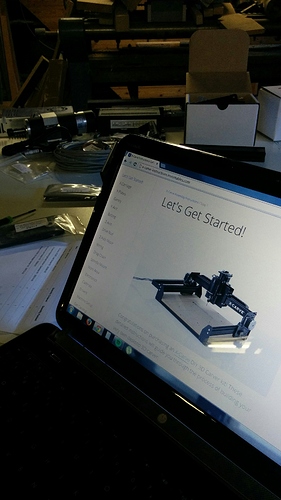 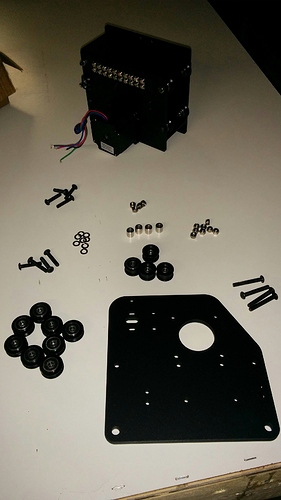 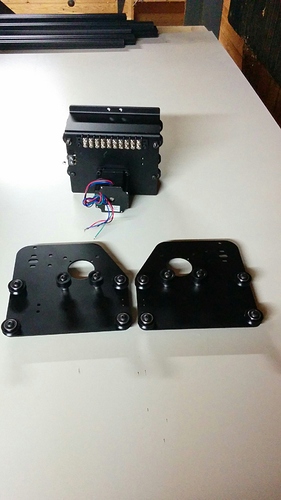 Picked up shielded wire at the neighbour town today

You might want to consider using shielded wire for your spindle motor as well. Long parallel wires with high current going through a commutator generates a lot of electrical noise. Be sure to use a wire size that will handle the current of the spindle.

If you don’t want to use shielded wire for this a much less effective remedy is to twist the two wires together to make a twisted pair.

OK. What would be a good cable area?

For the limit switshes i bought 0.5 mm2 wires.

Depends on the current draw of your spindle. Since I bought extra wire for my stepper motors I just used that. In the US that would be AWG 18 gauge which has a cross sectional area of 0.823 mm2.

I might have bought to much wires for the switches, dont know how much will come to use but i bought 11 meters. (Only single pole, so equal to 5,5 meters 2 pole) If there will be cable left over i could use two cables per pole. That should? equal 1 mm2 wire. Or else i have to start planning for yet another expedition to town. The wire i bought is super fat. Its 6mm outside diameter. Maybe i need more heavy duty stepper motors to drudge/tow them around.

Doubling the wire you have would work if it doesn’t cause other problems.

Which stepper motors did you get? The NEMA 17 or NEMA 23, or something else.

I got the nema 23 stepper motors from inventables.

From your picture it looks like you have the 1000mm unit. Since you already have the NEMA 23s I would just try it and see if you have a problem. You have a small spindle so I don’t think that you will have a weight problem. I’m guessing about this as I have a 500mm unit and don’t know how things would scale up for the 1000.

Since the Y axis has two motors in parallel, you can get a different stepper motor driver and up the current if you need to. The problem might be the X axis which only has one motor.

One nice thing is that the design of this machine makes it easy to swap out the motors if you have to.

I have seen pictures of some machines that use the DeWalt 611 router with the AC cord in the drag chain and they have not mentioned any issues with underpowered motors.