Am I missing something here??? Is there any way to store Easel project in folders??? I’m starting to get quite number of projects, but have no efficient way to store ans search them… Such a simple and standard option I’m wondering if I’m just completely missing it…

That functionality is available yet, not to say it would happen though. Looks like there is a request in for this feature below:

Hi Guys. I'm still waiting for my machine to ship, but I've been playing the crap out of Easel to learn not only the software, but to see some interesting designs and how they look in the 3d preview. That said - my file lists is growing by the minute. They're only ordered by date last saved, which makes it kinda hard to potentially find an old project as your list starts to grow. Are there any plans for better file management? Maybe saving offline or allowing folders/file groups? Sorting b…

The first thing I wondered since trying easel…

I already have the first 48 projects. Its getting quite difficult to keep track of them. Especially when you are making more carvings with bit changes in between as different projects - and then the newest is always moved to the top making it difficult to keep the “combined projects”.

I agree with this request. It would be nice to have a way to archive in folders or some kind of organization methods. I don’t want to delete my old projects but I want to be able to find them easier.

YES!YES! FOLDERS, FOR THE LOVE OF… Come on guys, this is the most basic functionality from decades and decades ago. I’m not a heavy users and its already an issue.

Has anything come of this? I’ve been doing a lot of piddling around since i got the X-Carve and my project files have gotten kinda crazy and that’s with overwriting some of the existing ones. Be nice to be able to divide what’s a real project and what’s experimental.

No folders, but each project may have several individual Workpieces.

I’d probably have to pay up just for this (and most importantly to me, an off-line version)! 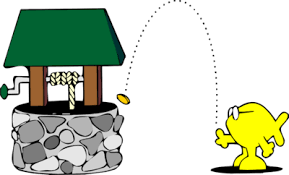 I created a Google spreadsheet with title, description, and project URL. I have around 300 students per year, so I need an easy, searchable way to access the projects. For my students, I create a form so they can enter their info without having access to the actual file. For my own use, I just enter the info (I lie, I wish I could keep myself as organized as I try to keep the students).

Over a year old not 1 word from them. Guess no care about it.

Folders, please. There is one project I have that requires two bit changes, and a flip over of the material. That’s three files, and I would like to be able to keep them together. And I will be doing a number of projects like this.

I believe you could put each of those files on a different Workpiece and keep them in the same project.

Workspaces and search were added as part of the solution here. How are people finding those two features?

Do they solve any problems?

Are there problems they don’t solve?

The workspaces are great! I wish vcarve desktop had them.

Search and workpieces are a huge improvement, but As mentioned in the past I would still like to see folders.

Workspaces are good too, but I’d be interested in a folders solution so I can put all my 20 different trivet designs in one place and not have to rely on file names mixed with my hundreds of other files.

I suppose if you’re cutting the same thing over and over this isn’t as much of a problem but for a “hobbiest” experimenting with many different designs, it’s crucial. Maybe you could make it a standard Easel feature since “Pro’s” probably wouldn’t need it much?

Take a look at how a google drive works - I’d love to see something like this.

That’s what i’m thinking, too. If you have one item but with multiple design options, some sort of folder structure would be nice. I do suppose that the different sheets on the work space is acceptable, but it’s no good for searching for a specific design that’s already been made.

I would love folders, I have 2 x-carves and need to use 2 copies of the same file at times… being able to Have X-Carve 1 and X-Carve 2 use seperate folders would be awesome… hey… can I have 2 logins…maybe if each system had its own login.