Having gotten my xcarve back in May, and a 2yr old son to take my time, I have not been able to do as much carving as I’d like. To that, this is my first detailed relief carve and I am quite happy with the results (I did a relief of flowers on an approx 12x20" door for a cabinet I am building but it wasn’t as detailed as this).

You have probably seen the horse head before. I carved it on a 6" dia slice of hickory (from a dead tree I cut down last year), gave it a coat of Golden Oak stain, then a spray of polyurethane. Gonna add a hanger on the back so it can be hung on a wall. I also have many other blanks and will be trying some other animal files I have. 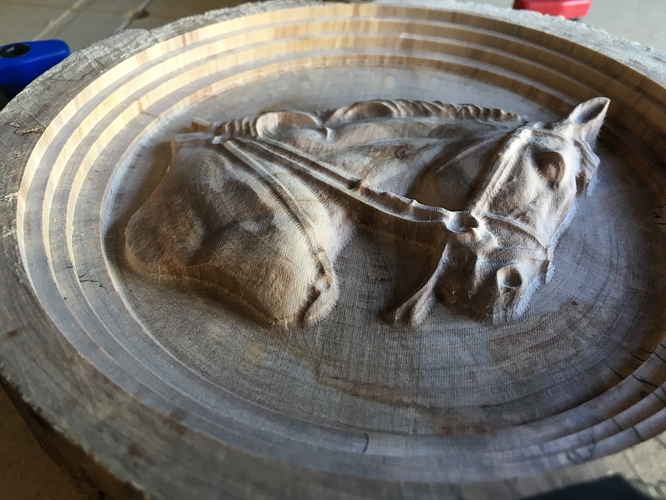 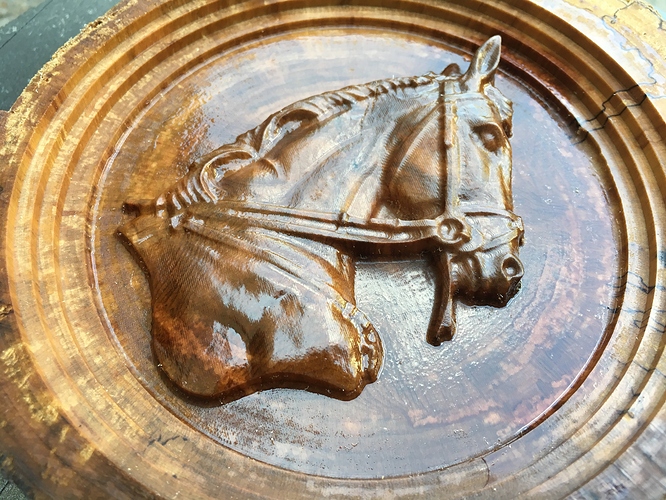 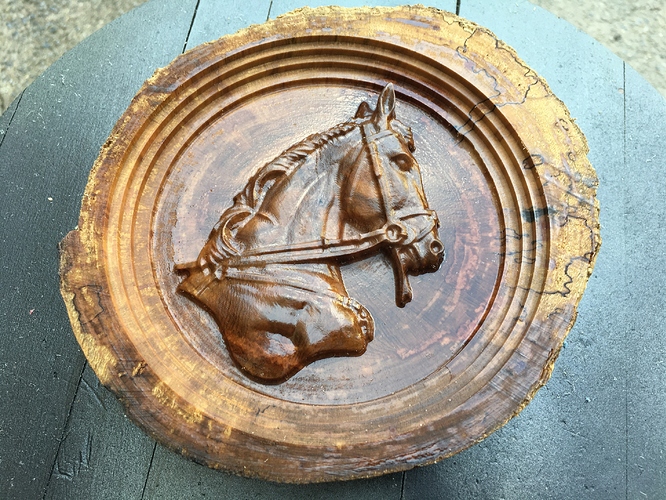 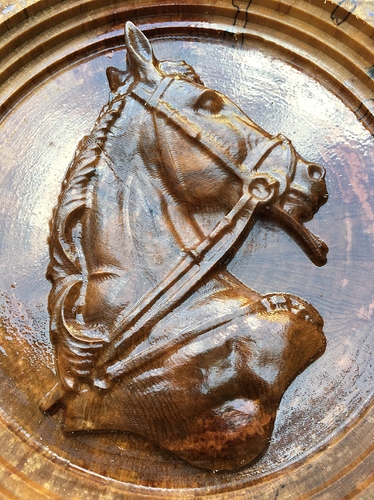 Did you design that yourself? Looks amazing. Great job

Did you design that yourself?

Good Lord no - I wish. I purchased that file from somewhere I can’t remember. Although this is a legitimate project, it was also a practice exercise for a much larger carve I want to do with the same model.

Thanks. Being on the bottom of the learning curve, it feels good to have an occasional win.

Still a great job all the same. Hope the bigger one turnes out just as good for you.

Wow really nice! What software did you use for this? I haven’t moved past Easel yet, although I’d like to get into 3D carvings. Any help would be great. Thanks!

Thanks! The horse head file is an STL that I bought somewhere. I used VCarve Pro to load it and then drew a couple of circles to create the step-down transitions from the outside to the horse. (I believe I have seen a tutorial on how to create a bowl shape and want to learn it…I would prefer that over the step-downs). I generated the gcode and then loaded it into Easel to do the actual carve.

I don’t believe this is something you could tackle with Easel but not sure what free options exist…Inkscape maybe? 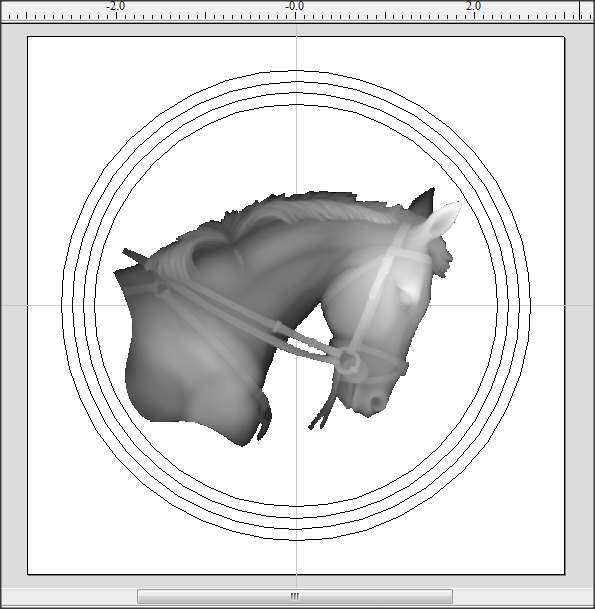 Thanks for the quick response, really great work overall!
Brian

Bingo! That’s it. Thanks.

Mind sharing the Easel project for that? I’d love to give it a try.

Ah, that makes sense. I misunderstood what you were using Easel for. I got excited when I thought you could load that into Easel.

Ah. Sorry that I wasn’t clear in my original posting.