My original oak clamps badly needed to be retired and enduring many of my trial of errors. I did not want to purchase a whole new set though as the hardware was still good on these. Looking at the product page of the product page of the oak clamps, they included the 3d model of clamp. I downloaded it, and Fusion 360, and took the time to learn how to use the software. Special thanks to Patrick Rainsberry for his video.

I really like Fusion 360 and it’s simulation feature. I spent a lot of time dialing in the settings for this project and finally got what I wanted, and then followed the instructions of exporting the G-code and importing into Easel. My only complaint is that once it was in Easel, there was a couple of rouge paths that were generated that while make a deep pass, started cutting a new patch into the ray portion of the wood. Thankfully my Dewalt and Bosch 1/8 strait bit were up to the task.

Now I have 2 sets of new clamps to continue my adventures. 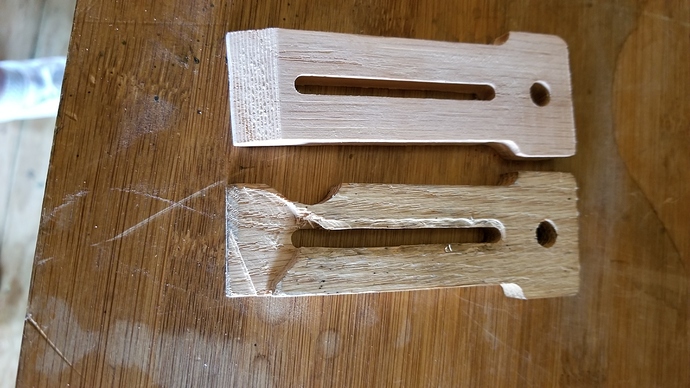 Once you learn it it’s hard to beat.

Good information. My clamp set is starting to look a lot like your bottom clamp. I will look for the file you mentioned and 3D print some. BTW, your finished product looks really good.

A small but valuable upgrade on this clamp is also to use bigger washers. The small washers that came with the original clamps would compress a ring into the grove, and the washer would ofter become stuck in these grooves when trying to adjust. Using a larger washer prevents the grooves, and more distributes pressure to the clamp. 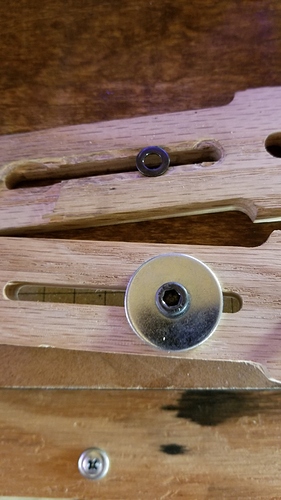