I love the speed override in easel,one small request though , could you add a visual speed percentage meter?

No the dewalt 611, feedrate override has been added in easel. Up by the carve button but a percentage readout would be good.

I believe that you have to have Easel Local version 3.3 and grbl 1.1.

Grbl 1.1 I think plus new easel driver has on the fly overide for feedrate. 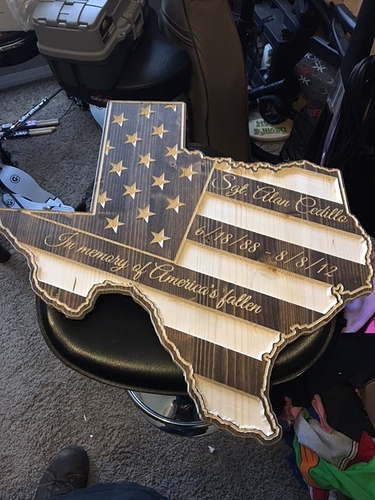 Ohh lol it’s just a left and a right button in the top right after the carve starts.

Ohh lol it’s just a left and a right button in the top right after the carve starts.

I updated to both 3.3 Easel and 1.1f Grbl… was unable to replicate the feedrate speed during a carve. 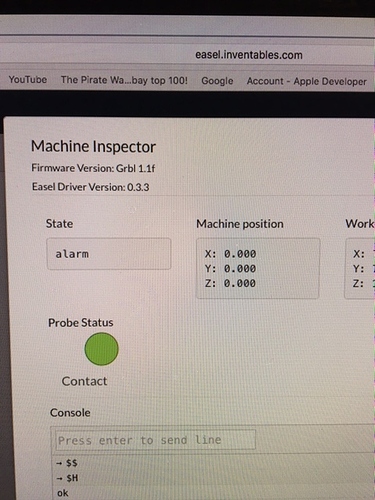 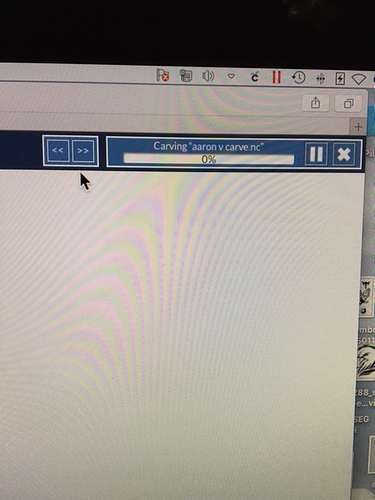 Very cool … I notice you are using Apple… I am using Chrome… will try a few other browsers.

Thanks for the pic!

Check the origin of your version of grbl 1.1f.

There are compile time options that may or may not be selected in the version you are trying to use.

Maybe @FatKatOne could post the .hex file for the version of 1.1f that he has running successfully.

I have no idea how to get that …

Check the origin of your version of grbl 1.1f.

I got mine from here …

here is the zip i downloaded a while back…

can you confirm if this release feels right to you.

No, but it’s only because I have not used it. I’m not ready to move to 1.1f at this time. I usually give a new release six months to a year to get stabilized before I spend much time with it. Just a personal preference.

Is this new file laser compatible like Larry’s others?

Is this new file laser compatible like Larry’s others?

Version 1.1f does have laser support, with improvements that go beyond the version that I released.

I have not tested 1.1f, but I have reports that it has problems at high feed rates needed for some of the higher powered laser modules (6 watts laser output).