Newbie trying to do an art project

Hi! I am an artist trying to create a reverse plate to do etching on paper through a press. The goal here is to take this outline of a river and invert it so it creates an embossment like the original photo appears to be. Does that make sense? Frankly, I don’t know if I make this an SVG file or what. And, how to invert it…

I am a bit in over my head. Any clues would be so helpful. I thank anyone in advance. 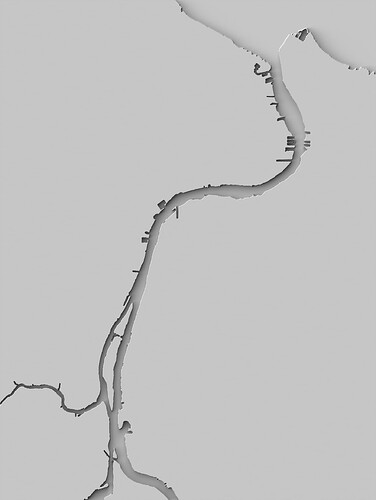 Here’s how you’d invert a design like this:
Depending on the location, there are many online resources that generate SVGs for any topographical feature including rivers, often based on USGS or Google Earth info… 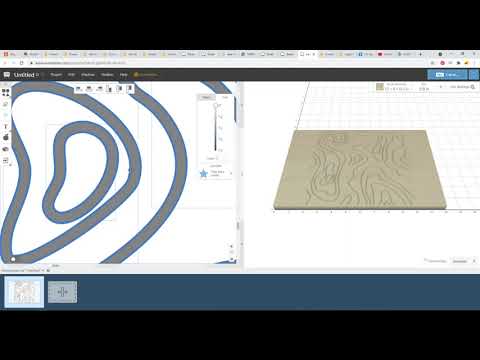 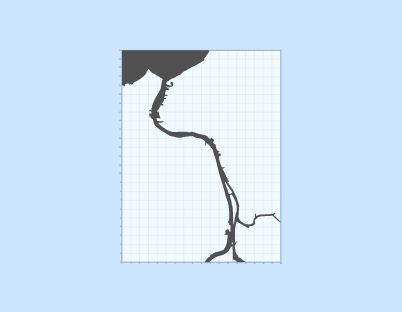 Brandon! YES! This is what I needed. How did you do that? Is there a step by step instruction somewhere? THANK YOU!

I did the following:

For the second workpiece with the river as positive:

I removed a couple of points on the river delta’s edges to make it more square, but that’s not really necessary.

PERFECT!! I am capturing this and saving it. You have educated one more lost soul out here Brandon! Thank you for your help my friend.

No problem; that is what it is all about!! I am glad it worked for you and you found the instructions useful.

Hi Seth, I really want to thank you for taking the time to make this video for me. That was immensely generous of you. I am envious of your fluency in the program and hope to be there one day!