I’ve heard of the suggestion to use a USB drive from the program on my laptop; go get an internet extender; or import G Code from Fusion 360, but I’m not able and unwilling to do any of the above as it’s 1) raining and already uncomfortable working in the garage studio, and 2) there’s Just GOT to be a better way to do this!

What other programs - other than Autodesk Fusion 360 - can I use that’s relatively easy to pick up and spits out G Code that the Carvey can understand?

I’ve worked with MasterCAM before. Will it understand that? It seems from what I’ve found about the G & M codes the Carvey will run is rather limited, and I’m looking for what each code means to the Carvey, IF there is a difference from running codes between a Fanuc and Haas and the Carvey, that’d be good to know.

I use something like this: Net Gear The only issue was I had to move it away from my CNC electric plug because the EMF coming from the steppers and power supply immediately dropped the connection. Worth looking into.

Inventables says you can fire up Easle on your laptop and then take it to your “wifi free zone” and it will run fine. I myself haven’t tried this. I also have a detached shop. I called my internet provider and they ran lines and set up an additional router for $4 extra a month. I asked the guy installing it when I first had it set up in my house and he said it couldn’t be done. What he meant was, it means he had to climb a pole and didn’t want too. So I called customer service and they sent him back out.

Vcarve desktop is an excellent program, it will allow you to do everything you want without an internet connection and will produce gcode that can be sent to the X-Carve with a standalone program like UGS. The only downside is Vcarve desktop costs about $350. But it is worth every penny. It will pay for itself if you make and sell about 15 simple signs.

Once started and logged into with wifi Easel will work without it. I use my cell phone as a hot spot to make the initial connection but then shut it off. The downside is if you make any adjustments to the Easel project they obviously aren’t automatically saved. But if you don’t close the window it will update when wifi is again available although you may have to fake a change to jump start the save.

Using cell data is not ideal but I will say the files Easel transfers back and forth are small and data use is fairly minimal. Just make sure you have everything set on the computer to block automatic updates and transfers. Having Windows or apps auto updating while on cell data can be a killer. Windows 10 makes limiting this easy in settings by allowing you to classify the connection as “Metered”.

My shop is about 200 feet away from the house where the wifi router is located. I went on Amazon and purchased a usb wifi antenna and mounted it so that it had a direct line of sight to the house. I pickup a very good wifi signal (almost full strength) and never have any connection problems. I don’t use Easel but everything else internet related works just like it does in the house. The antenna was only about $18 and I added a 15 foot usb extension cable ($8.00) to it so that I could locate it where it worked best.

This is the one I bought but is not currently available. I would imagine you could find something comparable though: 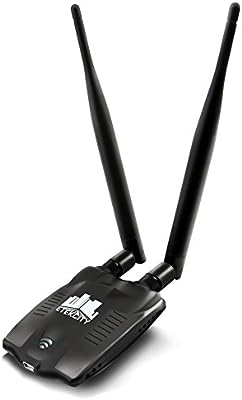 Here is the usb enstension cable: 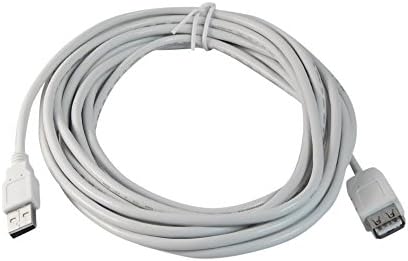 With over a decade of experience Your Cable Store is dedicated to bringing quality consumer electronics products to our customers at an affordable price.

Hi Charley, I tried usb wifi antenna and kept getting dropped signals. Went to the power line as listed above and the whole electrical system in your house becomes the antenna. It works great as long as its away from your CNC and for two months now, haven’t dropped a signal yet.

Can I use VCarve w my Carvey?

I do not have a Carvey, but I do not see any reason it would not work perfectly (Inventables says it will work fine).

Easel has some protective code in it to be sure you do not try to cut where the smart clamp is at, Vcarve would not know anything about the smart clamp so it would be your responsibility not to cut it.

@CharleyThomas - great idea. I’m shopping now, and can’t find the first one, but will any of these work? I’m not that tech savvy about wifi… 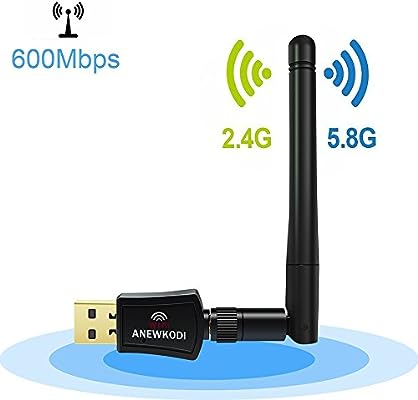 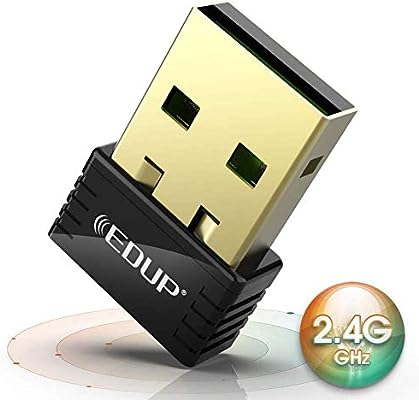 I bought a booster to boost the wifi signal from the front of the house to the back office within the house, but I guess I have too many walls stopping the signal. So, there’s no hope of getting a wifi signal to the garage at the far end of the lot, away from the house. Thanks for your help.

@AllenMassey - ok, good to keep in mind. I asked them about MasterCAM’s g codes, but they didn’t know anything about that program. I do have AutoDesk Fusion360, just don’t know how to use it yet. Will YouTube tutorials.

Thanks, @RobertCanning - you’re a really big help! That was option #3…

I have a couple of these I use at different locations and they work very well. Excellent range.
Alfa Network AWUS036NH

Those that you listed don’t look bad but they are all designed to be plugged in directly to your USB port which may not give you the optimal location for the antenna to pick up a good signal. Here is one that you can move around because it has a stand and is designed to be directly connected like the others or use the optional stand to locate it somewhere else using a USB cable to make the connection which is what I did. 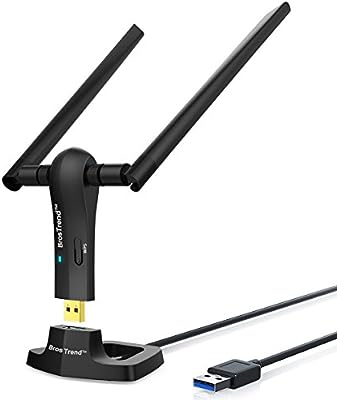 This is probably the one I would try if I had to replace the current antenna I am using. With the addition of a 15 foot USB cable extension you could grain much more flexibility in where to locate the antenna to insure good reception.

I can’t promise that this will work for you but for me it worked great.

@AngusMcLeod - good to know. My detached garage is about 100’ away from my house and about another 25’ from the router inside. So I’m in range. I guess I could get a cat5 line out to the back as a direct connect.

I’ll have to weigh in the cost and pain of either wifi-omg it or hard cabling. Or “free” if I get my phone to be a hotspot. Maybe I’ll try that first.

@CharleyThomas - it looks like both have USB connection. Which would get plugged into where?

Remember, with Amazon, if it doesn’t work for you then you can always send it back.

The main reason I got the USB extension cable is because I have metal siding on my shop and it blocks the wifi signal from the house. Fortunately for me, I also have a parking stall attached to the shop that does not have a garage door on it. So I drilled a hole in the wall and mounted the receiver in that area in a location that had a direct line of site to the house. So you could say that it is outside but it is in a protected area, just not temperature controlled like in side the shop. If you had a window that faced the house that would work just as well. The fewer obstructions between the antenna and the router the better.

Here is a screen shot from Google Maps. The Red Arrow is the opening where my antenna is mounted and the Red Circle is the location of the wifi source in the house. As you can see from the pic it is fair distance away but I do get a good signal with the antenna and USB cable extension.

My shop is about 150 feet away from the house and is wired with a sub panel connected to the 200 amp service in the house. I’ve had excellent results using these ethernet over power adapters along with a second wifi access point in the shop for convenience. I highly recommend them, definitely worth trying for $32.

Only took about 10 minutes to setup.

I would love to do that but My shop is on a totally different circuit than the house. I have my own power meter and get a separate bill. Bah Hum Bug