Not completing all the passes

Have just started using my x-Carve (done 5 test pieces so far) and have a few questions i hope you can help me with.

I have noticed that it seem to be a problem for the x-Carve to complete all the passes,this is especially noticeable on fonts picture 1 and 2.
It has also made some “dents” in places where it is not suppose to like in picture 3.

Hope there are some wizards that knows what is causing this. 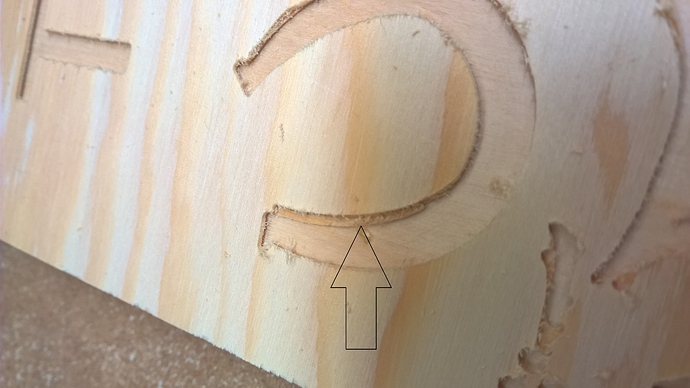 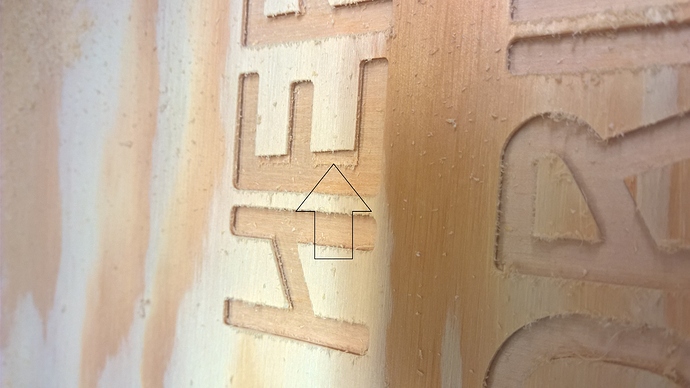 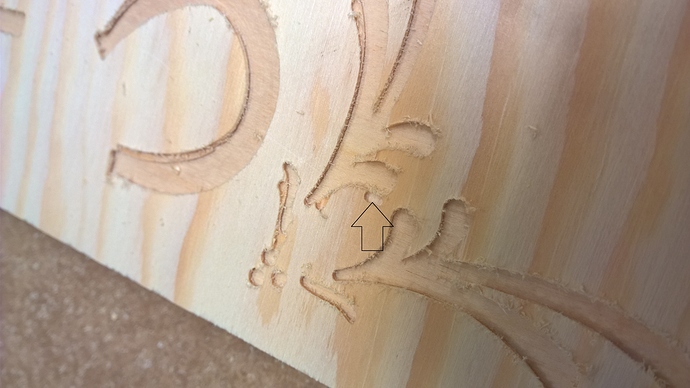 It looks to me like you are losing steps, causing the head to be somewhere else than what the controller thinks it is at. In all 3 photos it looks like the machine starts cutting about 1 bit width towards the bottom of the photograph. Missing steps can be caused by multiple things from Spindle noise from the stock spindle to trying to move too fast, especially in rapid moves. In my particular case, the machine worked wonderfully with Easel as it kept speeds slow and controlled, but when I began using UGS, I would quickly get out of position as the machine couldn’t move as fast as the controller was trying to move it. It took me quite a few hours until I reduced the max speeds in grbl so the controller wouldn’t outrun the machine.

Giving some specifics about your machine, i.e. what spindle, what controller, what motors, could help with suggestions to resolve your issues.

Thank you Rick
I got the 1000mm version with the new standard 300w spindel,nema 23 motors and easel is used
And i am a total green in this cnc world,you mention ugs,what is that ? Is there some settings to adjust ?

Helge,
My experience was that easel is conservative with speeds. I’d suggest you increase the pot for the axis that is getting out of whack. This will increase the drive current to the motors which will give more torque so the motors should be able to keep up.

UGS is Universal G-Code Sender. G code is the actual data that is sent to the controller on the xCarve. Easel automatically creates G Code and sends it to the machine during the carve process. If you begin designing with other software systems, you will likely end up breaking these steps apart, with the design program creating the gcode, and then using some other software package to send it. Universal G Code Sender is one of many options that is also free. Chillipeppr is a web based free solution. Mach3 seems to be a commercial version. If you are staying with Easel you won’t need it.
–Rick

Thank you so much Rick for your time on this, really appreciate it

I think this might have fixed it,did two small signs and they both seem to be good

How high is it safe to raise the potentiometers ?