Not cutting Z even

I am cutting out some stuff in pine. All of this is supposed to be that same depth. I have cut this same thing before and never seen issues like this. I recur it and slowed down the feed to see if it worked but I got the same results. I tried to cut it .03 in deep in 1 pass and I also tried in 2 passes but got the same issues. Any ideas? 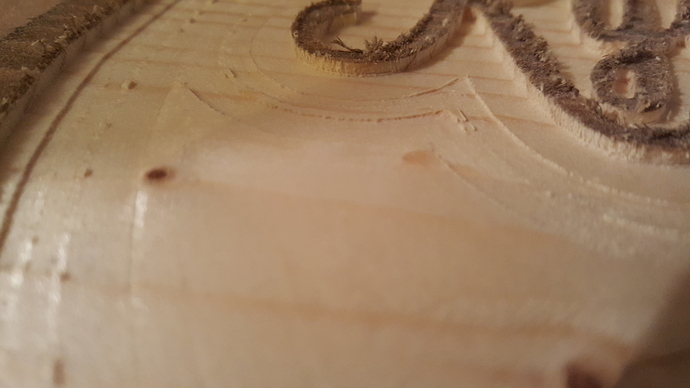 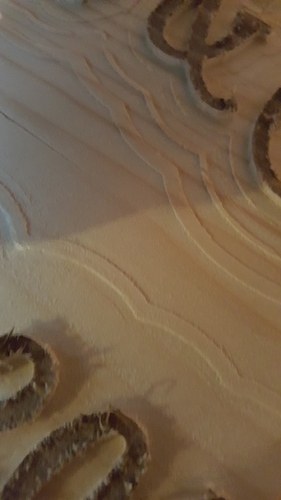 That is what I thought it was from the beginning also but they are tight. I even have a nut on top of my pulley to keep it secure.

Is the bit nice and snug in the collet?

the bit nice and snug i

Yea, It is tight. I even changed out the bit before the 2nd attempt.

I’m at a loss if you have been running well up to this point.

How thick is the workpiece, and how big? If it’s big and not supported in the middle, your upcut bit (guessing from the fibrous edges) may be pulling it up (screw action) and causing that. If that’s the case, you may consider throwing some double-sided tape or a screw in the middle to keep it locked down to the wasteboard.

You may also have a dirty collet, causing it fail to grip the bits nice and tight. Take it out and give it a good cleaning, then see if that makes a difference.

Yea I have actually cut this same piece a couple times with no issues. I just looked at a couple things. I noticed that the rear bottom v-wheels on the x-carriage were not spinning. I took them off and both of them have flat spots on them equal to .009in. I think this could cause it if they happened to spin, It would cause lift on the rear, but when they drop in on the flat spot, the rear would drop. I am going to replace these. I will also clean the collet. Thank you @RobertA_Rieke and @ErikJenkins for the help. Ill let you know if this fixes it.

Interesting, may want to consider checking the rest of your V-wheels and replacing them. If you get a chance, can you upload a photo so we can see just how obvious this kind of flat would be?

have you checked the belt tension in the z. I have also had this happen with a loose v wheel. And one other time it was the screws that tighten the spindle had came loose. but anyhow those were the issues i had when i had cuts like that.