I’ve noticed in the past 4-5 days that my carves are not going deep enough. I am running a job right now with a straight 1/8 bit and it says its 54% of the way done and its barely scratched the surface. I look at the bit and its about 1/16 above the material.

I will let this roughing pass go through over the next few hours and see what it looks like.

I’ve z-probed it, just in case someone should ask.

Definetly something wrong. I flipped the board and told the machine I did not have a dust shoe on and it cut like it should be cutting. I also used a level and checked both the previous cut and the new side and they are level. Something with the dust shoe is causing the bit not to plunge, IMO. 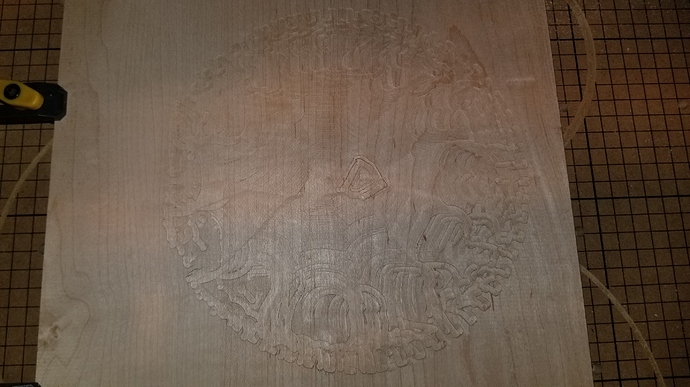 Start of other side rough cut: 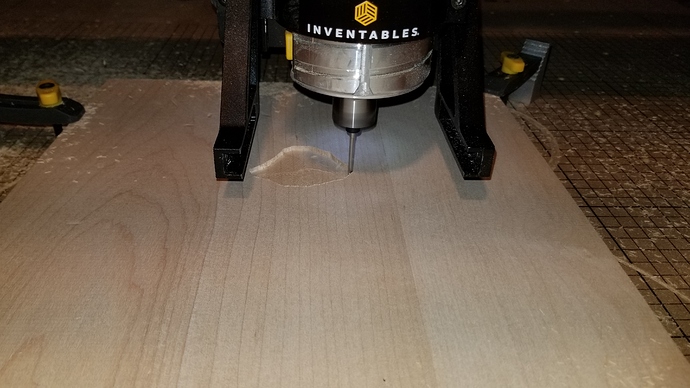 Probably not a good way to start off, might be why there’s no help after 3 hrs.

I opened a ticket with Inventibles as well.

There really isn’t that much information given.

Behaviour like this is usually due to either a workflow issue or something is slipping.
I would suggest that you perform a test carve where you manually zero your XYZ to the material you want to carve.

Also please post the first 20 lines of the gcode, that will provide good intel for others to look into

Just wondering. Where in material are you zeroing at? If it’s from a corner. Maybe that corner is thicker than some of material. I had that issue at one point.

Should I zero at center?

If you have digital caliper take measurements around and see if they are the same. If not and the corner you’re going from is larger than the others then you know that might be the problem., because it sits higher and depth won’t be deeper to opposite side

If you don’t have that. Try from middle and see what happens

Did that workout or no?