I’m having several problems. First is that circles are not being true and the next depth of cut is way off. This is a longer question because I include several examples of what is going on. 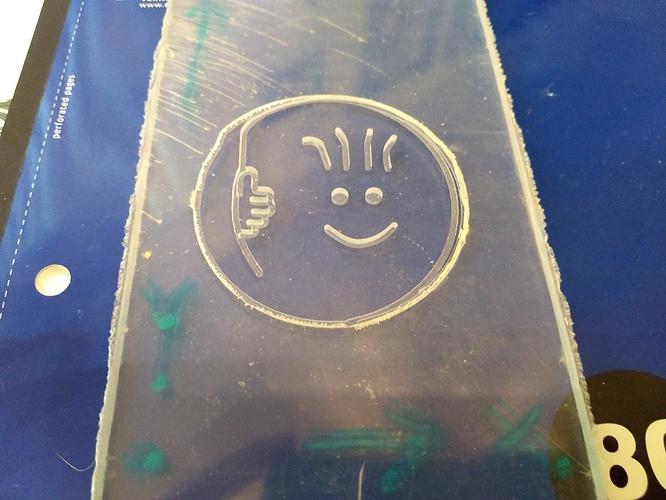 I thought something might be wrong with the controller so I reset it (both ardunio and GRBL boards) and tried another cut in MDF. 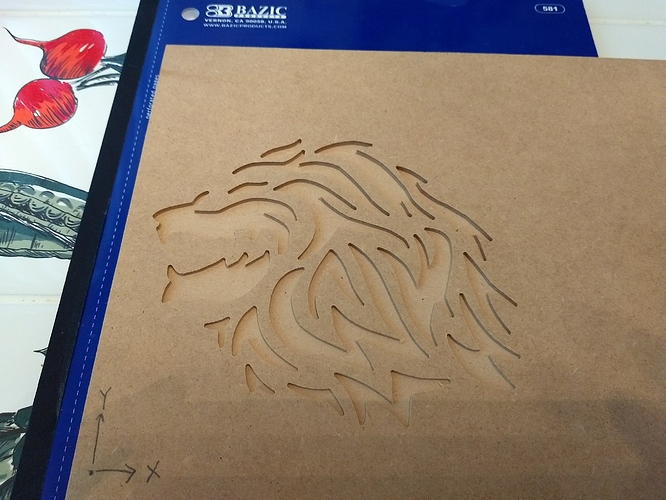 At this point I was getting excited that the problem was solved so I cut another Project. 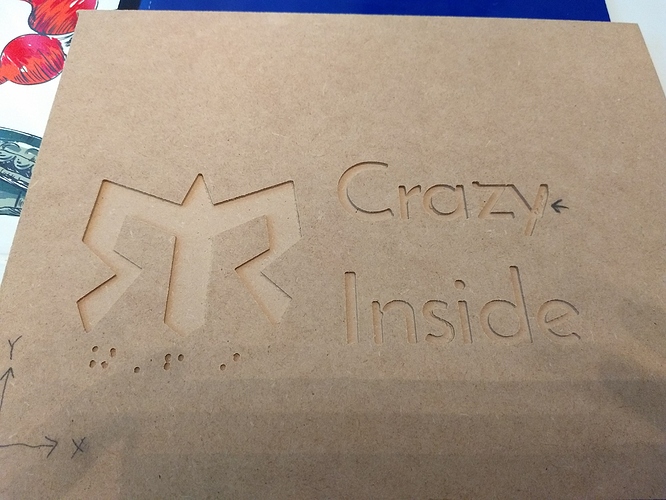 Then here in the letter Y the second pass wide. This letter was in the middle of the cut so letters were cut out after it and they turned out fine. Settings 1/16" fishtail, 30 ipm and .02 Depth/pass

So now my thoughts are, is this a fluke? So I try another project. 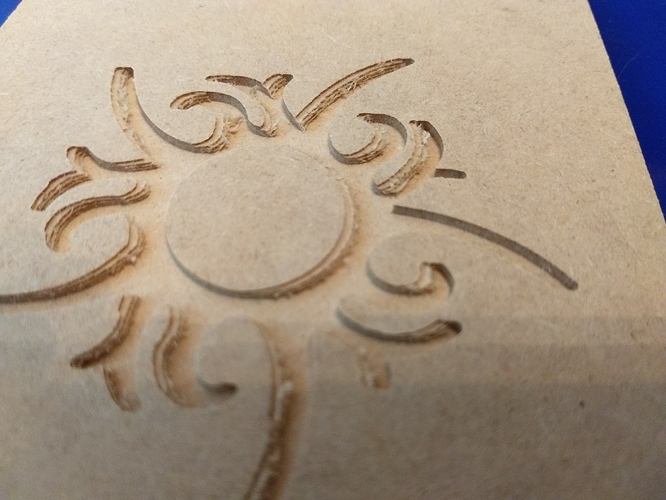 This one I watched all the way through and everything runs fine until it cleans up the circle in the middle then the offset starts happening.
settings 1/16" fishtail, 30ipm and .02 depth/pass.

Here are the links to the files. Any help that is giving is appreciated.

Definitely could be mechanical. Double check belt tension, pulleys, and v-wheel tension.
One other thing to check, this may sound odd, is power. I had this happen once, very similar results of missing steps and it was due to using another tool at the same time that was on the same breaker. The X-Controller is very sensitive to “dirty” power so try to not have anything running on the same breaker as the X-Carve - not your dust collector, shop-vac, etc… If you have a spare UPS you can have the X-Carve plugged into, I would do that as well since they help to “clean” up the power.

Thanks everyone for their input. I noticed that several of the v-wheels were loose so I tightened those up. Cleaned a few things and decided to give it a test to see what happened.

Running it without the router going, i noticed the X carriage was not moving but the motor was running. Looks like I had a loose pulley. tightened up the set screws and the circle problem has disappeared. Tested with a marker and paper.

tightened up the set screws and the circle problem has disappeared

Did you secure with blue Loctite?