Continuing the discussion from [request for feedback] Gcode sending through easel:

Good news everyone! We’ve released a new feature in Easel that allows you to import, validate and visualize g-code generated by other programs, and send it to your X-Carve or Carvey. Currently we support g-code from Fusion 360, MeshCAM, and Vectric products (including V-carve, Cut2D, and Aspire). The post-processors will all be available on the “Import g-code” file menu item.

If you do not use one of those products, we’ve created a g-code spec document that describes the format of g-code that Easel will import.

To import a g-code file, go to File → Import g-code. 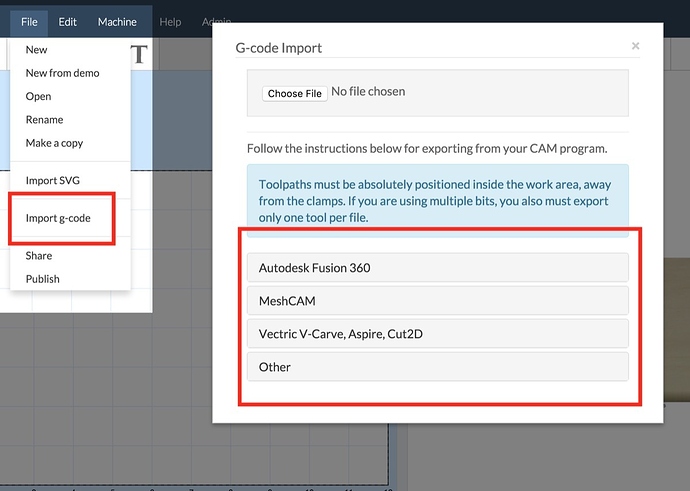 After importing, you’ll see the toolpaths. 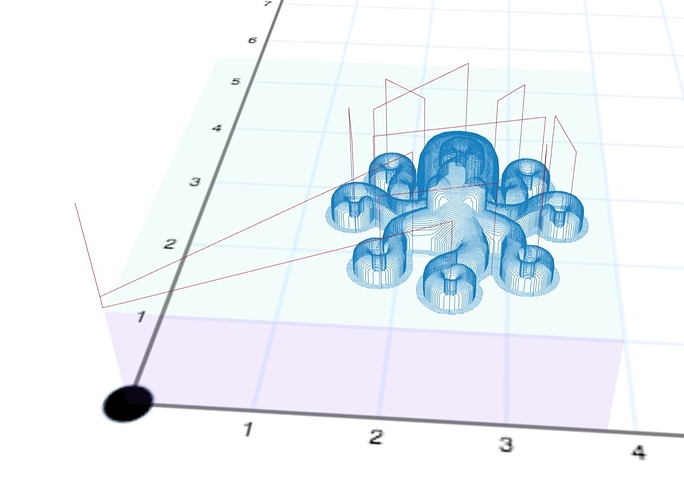 toolpaths.jpg1200×876 98.4 KB
29 Likes
How to import gcode from Fusion 360 into easel
What to do about software?
First photo carve
Please add the new G-code sending through easel. Thanks
V-carving in Easel
3D Carving With X-Carve and Fusion 360
[request for feedback] Gcode sending through easel
How to set motor current using a mac
VCarve G-code export for easel. Feed ramps up
SVG export from Easel
ErikJenkins December 18, 2015, 8:18pm #2

Oh this is cool! I was just going to start diving into Fusion 360, so this would be great if you could get access to this!

@paulkaplan - I Installed the post processor from the link on file/import G-Code…it is for a roughing pass for a small cross which is approx 5.5 x 4 inches I get the following… 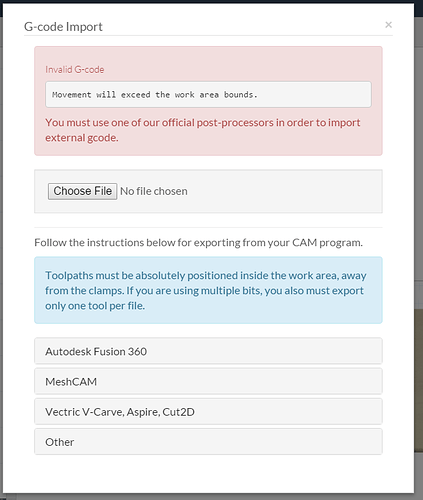 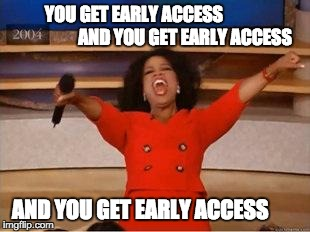 I probably have an “other” to try

Which program are you using? Can you attach the gcode file you are trying to import?

Judging from the error message, I would check to make sure that your origin point is set at the bottom left corner of the material. This is a limitation that we have to think about some more, but let me know if doing that helps.

It borked on a file from estlcam. Remember to tell who ever programmed it that humans normally start at line 1, not line 0 , so when it generates the error message to add one to the line number

It’s complaining about line 8 which is blank space

Remember to tell who ever programmed it that humans normally start at line 1, not line 0

I’m going to create a new topic for each other CAM system so that people can discuss what it would take to conform to the spec separately. (Here is that topic [gcode import] estlcam)

(i removed it for you)