One of my first projects

So I’ve been playing with Making different designs and projects to get a feel for using my machine. This is one of my first actual projects I made with it other than just cutting out random shapes and such. 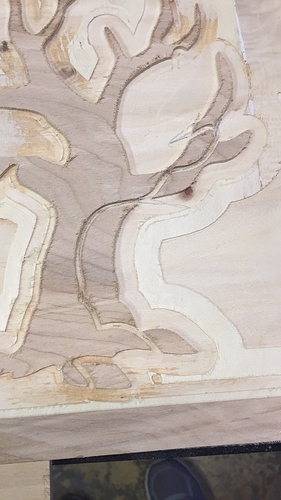 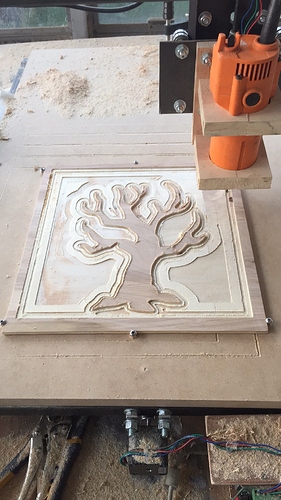 It unfortunately freaked out 1/4 of the way through and did what’s shown in the first pic. I rethought my approach and ended up with this on my second try 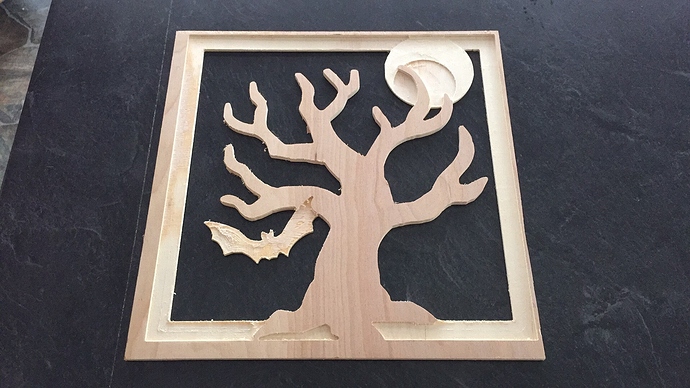 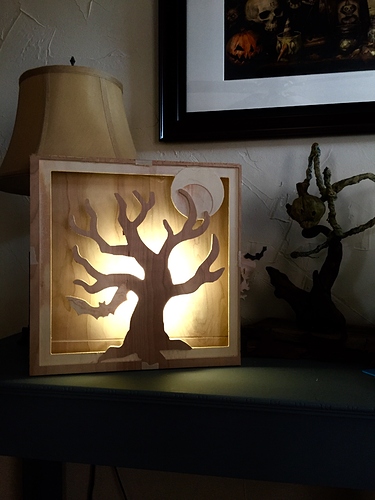 It’s not perfect but I’m pretty happy with my progress so far.

I’ve attempted a project with similar ‘freaking out’ results where the bit just takes off across the middle. You said you ‘rethought your approach’. What did you do differently that eliminated the screw up?

Initially I designed it completely within Easel. I used image trace to import the tree and bat, then made the moon and square outlines. When it went to cut it, it was shaving the open parts down one layer at a time. I think it cut for 2 hrs just to get to that point the first time.

Once that failed, I made separate layers in photoshop, so the open areas were their own shape, added the moon, bat and square outlines and set it cutting. It looked like this. 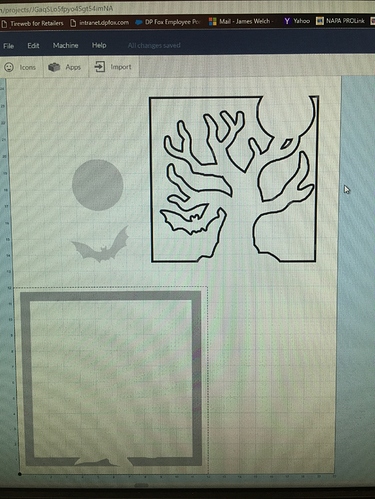